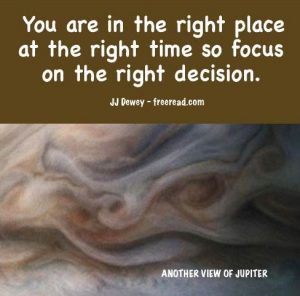 To Heal or Not

Back to the subject of healing.

We left off where I have related the story of the first real miracle I experienced in my life.

This example I gave does illustrate that it is possible to heal without any conscious cooperation from the ill person. But does this mean that faith exercised by the person who is ill is not necessary?

No. Cooperation, belief and faith from the ill person can be a great aid as witnessed by the healings of the Master himself. In many accounts of healing in the Bible Jesus told the person experiencing the miracle “your faith has made you whole.”

Notice that he did not say “my faith has made you whole,” but “your faith.”

It is also interesting that when he visited his home town that he could perform no miracle there because the people who thought they knew him did not believe in him. Instead of taking advantage of healing by faith they attempted to kill Jesus by throwing him off a cliff merely because they disagreed with him.

So if a normal part of a miracle is a show of faith from the person being healed then how was it that my command for healing was honored by God?

Someone came close to the truth, but I do not recall the name, but the answer I received as time moved on was this. I was at a point of tension and at this point I was trying to decide whether to make my prime focus the following of outside authorities or the inner self and the scriptures? On top of this I felt full of faith and without doubt at that moment.

I believe the healing was honored more as a teaching lesson to me than for the healing of my friend. It is even possible that my friend came down with the disease as part of the plan behind the lesson. Whatever the case, this event did have a profound influence on me throughout the rest of my life to date. From that time on I have never just swallowed what any authority has said without questioning and thinking it through for myself. Once an authority proves himself several times I will give him some leverage, but until then I apply the principles of discovery first.

The funny thing about this miracle is that at the same time I had an uncle who also had MS for some time and was slowly getting worse. For some reason I did not feel impressed to try to heal him. I picked up that he did not believe he could be healed unless it was by an elder of the church. Years later when I did become an elder I approached him and asked him if I could give him a blessing. As me and a companion laid our hands on his head and I began to speak I tried with all my power to give the command to my beloved uncle to rise and walk, but the spirit within told me no. It was not to be. I then gave him a general blessing of support, but could not promise him a healing.

Then a couple of years later I tried again and still the Spirit within said no – the time is not yet.

Finally, some time later again I was visiting my uncle again who was cared for by my grandmother. My friend Wayne from the book was with me. I looked at my uncle and my friend lying on the couch. He could no longer rise himself up; he could not speak and could barely eat with my grandmother’s assistance. As I touched him I felt great sadness and wondered to myself why God would heal a casual acquaintance through me, yet would refuse to heal a man who had suffered so much for so many years – a man I loved deeply. He was one of five brothers and the whole family agreed that this man was the most spiritual of the bunch and was the last person who deserved such a fate.

As I stood in silent contemplation the inner voice spoke to me and it said these words: “This man has suffered enough.”

I stepped back and reflected. What does this mean? If he has suffered enough it would mean it is either time for him to die or to be healed. I hoped it was time to be healed, but prepared myself for the other possibility.

I turned to my grandmother and said: “Do you think it would be alright to give Bob one more blessing?”

She looked on at her son who had been struggling with the disease for 20 years and said yes, that would be fine.

Wayne and I then laid our hands on his head and I promised him that he would either be healed or be taken, but that he would suffer no more.

Wayne and I were in our college years at the time and the next day we departed back to school for it was the end of Christmas vacation.

Three days after the blessing I felt a powerful presence and I knew it was my uncle who had passed on. The man was absolutely thrilled to be released from that dreadful situation. He was as happy and joyful as it is possible for a man to be and was extremely appreciative for my assistance in releasing him from his earthly prison.

A couple hours later my mom called and spoke with sadness in her voice and said: “I have some sad news. Bob died.”

I told her. “That is not sad news. Its good news for I assure you that he is very happy to be free from that terrible disease.”

It was years later after I learned the truth about reincarnation and why life seemed to be so unfair, that because of cause and effect or karma accumulated over many lifetimes, each of us are in special situations unique unto ourselves.

A reader for some odd reason speculates that I could be a Hitler in the making.

What you say here demonstrates the importance of understanding the past to create a better future. Many suppose, as you do, that Hitler achieved power through pure deceit, but those who study history will understand that he wrote and openly taught, almost step by step, everything he eventually perpetrated upon unsuspecting humanity. Then after he did what he said he was going to do people were surprised that he did it.

It is interesting to note that in the ten years before World War II the English were more afraid of Winston Churchill than they were of Hitler. There were many in his own land who would have much rather had Hitler as their leader and few seemed concerned about the German dictator at all until war was actually on their doorstep. Then in the moment of their darkest night the whole nation turned to this suspected antichrist who in the end turned out to be their most trusted friend.

If the people would have studied the actual words and actions of the two men they would have clearly seen who was who, but as it was they were lead away by their unjustified fears into a dreadful war.

Thus it is that Isaiah’s words are fulfilled again and again. People call good evil and evil good. They take darkness for light and light for darkness and in the end get themselves into terrible situations where their thoughtform is destroyed and the true reality is finally seen, but at what price?

If I remember correctly you came from a rebel Mormon group which indicates you have Mormon connections. In the Mormon scriptures people are admonished “to obtain a knowledge of history, and of countries, and of kingdoms, of laws of God and man, and all this for the salvation of Zion.” D&C 93:53

To become aware of the past for the salvation of the future is good advice no matter what the source.

It is true that history does repeat itself and the masses are deceived time and time again. Whether we be one person 200 or a million strong we must all do our part to promote the principles of light, love and freedom. If each individual and group does their part to make the world a better place then the time then comes that the majority see the benefit and the world does indeed become better and the masses see the path ahead more clearly.

Next this reader accuses me of being too much into the mind and not the spirit.

In a way this is a compliment for the mind is “the plane whereon the masters can be found.” DK

As far as my words having little spirit and lifeless – I am glad most here do not feel that way or I would have to jump into the void and hide myself.

A reader says that the shattering of the causal body of Jesus in the Garden of Gethsemane ended duality.

Where do you get the idea that the shattering of the causal body ends duality? I would say it would be much more accurate to say that the fourth initiation ends a persons attachment to the pull of the lower worlds over the higher. He wields the forces of duality toward union with the will of God. Christ still spoke of heaven and earth (duality) after the resurrection.

There seems to be two camps on this oneness and void idea.

Camp 1 (of which I am a part) We should seek oneness which is still something while seeking to wisely Become while living in the world of dualities. Our reason here is something much greater than to just escape into a void of nothingness.

Camp 2 We should seek oneness which is a void of nothingness where no dualities such as Decision, consciousness, happiness, joy and peace could even be exist. We seek to go there with our whole being forthwith – without delay.

Whichever camp we see ourselves in let us leave this duality of oneness behind and move on.

Hmmm Is this point a point of nothingness? Am I nothing right now because I am at this point? … Wake up JJ! Slap slap… Snap out of it…

Whew, that was close. I almost got sucked into a black hole.