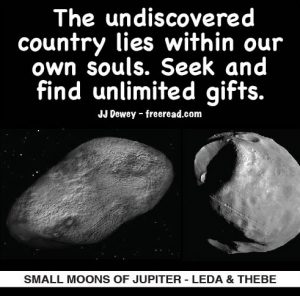 The Authority to Heal

Even though many energies come into play in the cause of illness they all fall within two general categories.

Category One: Diseases of congestion

What do you suppose would be the difference in approach necessary in treating these two categories?

Someone mentioned my favorite herb which is golden seal. But you want to get the root powder which is much more potent than the tea.

Where this herb really shines is when you feel some nausea or upset stomach. If you mix a quarter teaspoon in a little water and drink it you will often feel better instantly. There is nothing else like it. It has a powerful taste so most people take it in capsule form. It takes about 15 minutes to notice something this way and I think you lose a little potency.

Diseases of congestion are caused by holding too much energy within. The blockage or bottleneck of energy will often manifest as some unwanted growth such as cancer or blockage of the arteries creating heart disease.

With inflammation the person throws off more energy than he takes in and thus develops rashes, skin problems, inflammations, allergies, fevers, some nervous disorders etc.

The key to spiritual healing is to find the center that controls the affected area and send energy to remove the blockage if there is congestion, or to quiet the energy if there is inflammation.

We will cover scientific spiritual healing in more detail in the future for we will eventually create healing groups in the physical as well as the New Jerusalem meditation.

Some people believe that healing by faith is all psychological. Is there such a thing as true healings by faith? If so what is the principle behind it? How can we harness this power so such healings are more available to us?

I’m glad to see that members really do believe in the power of faith after all. And when I say faith I mean to use the word as it was used in ancient times.

Perhaps it would be helpful to the group if I relate my first experience with the power of faith.

As a young teenager I became active in the Mormon Church. About the age of sixteen I figured it was about time to learn what the church really believed so I read the Book of Mormon. What impressed me most about the book was the comparison of the faith and experiences of the people in the book to the current LDS church. Miracles and the exercise of faith seemed to be a common thing in both the Book of Mormon and the Bible yet I did not see anything like those ancient works in the current church.

After I finished the book I had a sense that the faith in the churches today was weak and this was not supposed to be the case – that miracles are just as possible today as they were in ancient times.

I was thinking along these lines one day when I was walking home from school and as I walked by the home of a classmate I noticed her in her yard hobbling about on crutches. She had recently been struck with Multiple Sclerosis and was quickly deteriorating. I stopped and watched her for a moment and my heart went out to her as I thought about how healthy and vibrant she was just a short time ago, but now she seemed to be doomed to a short and painful life.

As I looked at her from a distance (she didn’t seem to notice my gaze) a thought occurred to me. Why couldn’t I just stretch forth my hand and command her to be healed just like one of the ancient prophets? Do not the scriptures tell us that whatever we ask in faith in the name of Jesus Christ shall be done? What was there to prevent me from doing this right now, I thought to myself?

As I asked myself these questions another thought came into my mind, almost like an answer given from some unseen source. It went something like this.

“Hold on there! Who do you think you are? If there are any miracles to be had they must be done through the authority of the Church and only with the authorized Melchizedek Priesthood. You do not have this priesthood yet and therefore you have no authority to heal.”

After this impression came to me with great force I began to doubt myself and just about walked on, but then my mind reflected back to the scriptures and I thought of several miracles where the disciples merely healed by faith in Christ with no mention of any priesthood or church position. Then these words came into my mind: “Whatsoever you ask in the name of Christ shall be done.”

I again looked in the direction of my friend with the intention of healing her by faith, but again the doubt came:

“You have no authority to heal. You would displease God to even attempt it.”

Then after a moment of doubt the other voice came:

“Whatsoever you ask in the name of Christ shall be done.”

After making a definite decision to proceed I stretched forth my right hand and looked at her in the distance and whispered: “I command you in the name of Jesus Christ to be healed!”

Immediately after finishing this sentence I felt a tremendous power surging through my body. It was so powerful it made me weak and I almost fell to the ground. My first thought was that maybe I was wrong to heal contrary to church guidelines and that perhaps God was going to strike me with his wrath. I ran home and laid down a few moments and collected myself. It wasn’t long before I seemed to return to normal but I felt that perhaps I should think twice before being so brazen as to attempt a miracle again without the blessing of the church.

I pretty much put the incident out of my mind until two days later at school I noticed that my classmate was attending again and seemed to be walking and playing like any normal teenager. I approached her and asked her about her recovery.

She said she seemed to be fine now and her doctor told her that she was experiencing a remission, but there was no guarantee it would last.

At this point I realized that the power of God I felt flow through me was not God striking me, but that this was some type of healing power that passed through me into her. I sensed that she was having more than a remission, but she was actually healed from a so-called incurable disease.

I kept an eye on her all through high school and noticed that her health seemed fine until graduation after which I never saw her for about 35 years. Then after all this time came a day when my wife and I were having breakfast in a local restaurant. As we were talking a lady approached our table and said to me: “You’re Joe Dewey, aren’t you?”

I did not even recognize her until she introduced herself as my old classmate who was healed. After we talked a while I asked her if her MS ever came back and she told me that it never did. In fact she told me she outlived her husband who had died a few years back.

After she went back to her table my wife asked me if that was the lady that I had told her about. I told he that it was.

She said – You mean you never told her the real reason she was healed.

I told her that I didn’t see any reason to.

This incident does answer one important question that some have asked. Does the one who is to be healed need to be aware of the healing process to be healed? Obviously the answer is no, at least in some cases.

Since this occurrence I have had many other realizations in connection with healing, but that will have to wait for another installment

I believe this incident was arranged by my Higher Self so I would learn to rely upon the inner voice instead of the outer authorities if the church.