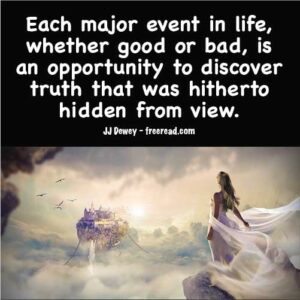 A common question concerns the difference in the population now verses thousands of years ago. How could there have been opportunity for all the souls to incarnate many times and evolve?

The Door to human individualization has been closed since the days of Atlantis and will be closed for some time. What is open instead is the door between the human kingdom to the Kingdom of God so humans can pass on to higher evolution and become more than human as are the Masters.

The first person to become a self-conscious human was the Ancient of Days. After this, humans began to individualize, or become self-conscious humans. This individualization took millions of years. We now have souls in all states of evolution. Most are native to this earth, or from the moon chain, with a few coming from other planets to be of service and left-overs from a previous solar system. In between earth lives some will visit the populated etheric spheres on other planets, mostly within our solar system.

One important point many do not realize is this. Recorded history is only about 6000 years old and we do not even have an accurate record of that. But human beings have been on the earth for over 18,000,000 years and have evolved through many cataclysms that have caused numerous civilizations to come and go leaving little record that they ever existed.

During this period if you were just born once every 10,000 years you could have still lived through 1800 lifetimes which is more than enough to become a master. In addition to this many of us lived numerous lives in a previous solar system.

In addition to this many entities here on this earth have been imported from other planetary systems and have lived through quite a number of lifetimes there before coming here.

They do not. When an old soul has paid off his karma he can choose to reincarnate frequently to be of earth service or he can suspend incarnation indefinitely and be of service in other ways from the other side.

Normally the younger souls reincarnate more frequently than the older ones, but the very old ones are wild cards and can do what they decide.

Question: Where are these new souls?

All souls or their monads have their consciousness centered in one of the seven planes. A new soul in incarnation is physical in consciousness and after death he doesn’t experience self-consciousness as a personality again until he is reborn, but awakens as his higher self in the soul world.

Saying “new soul” is somewhat deceptive. When we say this, we are usually referring to one’s arrival at self-awareness as a human being. There’s no such thing as a new monad in this universe as they are eternal.

Comment: Some say the soul splits into two or more entities that incarnate and this explains the great number of people in the world.

JJ: Some may retrieve memories of the experience between lives and conclude the soul splits. This is not correct. There is a separation of the true self from the lower bodies as one passes through the astral and above, but no new soul is produced. The lower bodies disintegrate (die) and newer better ones are created on the road to another incarnation.

Question: How much time do individuals spend between lifetimes?

There is no set amount of time between lives. Some may jump right back into the physical others may wait a million years. The average from those I have taken back seems to be around 300 to 500 years, but some have very short periods. The United States probably has a different average than other nations. The average will also change with population growth.

Question: In the Labours of Hercules DK introduced the idea that we progress clockwise through the zodiac and near the end of our evolution we reverse course and go counter-clockwise. Would you comment on that?

JJ: As you move clockwise through the zodiac you incarnate many times in each sign, but different ones in the various lives. When you become a disciple, you incarnate counterclockwise through the zodiac into whatever number of lives is necessary to do the labors, which is much fewer lives than the clockwise direction. Sometimes the disciple will fulfill a labor in one lifetime and other times it will take several.

Comment: You point out that truth is black and white in that it is never false yet you say that symbolic writings have more than one interpretation., Please clarify.