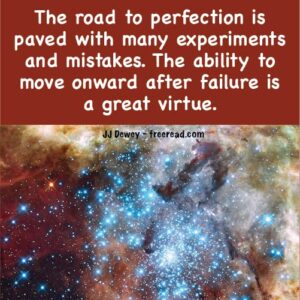 Question: Is it a possibility that we progressed thru the animal kingdom first before becoming primitive man?

JJ: Yes, but the journey was different than is commonly supposed.

Now the atoms do not evolve into a cell, but a combination of atoms create a cell but still maintain their individual identities.

As the tiny lives evolve from plant to animal to human we have this same principle occurring where smaller lives merge to create greater ones until we come to the human being. The vehicle he uses for expression is created from the mineral (bones, teeth) the plant (hair, nails) and an animal related body. It took the consciousness of many minerals, plants and a number of animals to finally create all the ingredients necessary to draw down a human consciousness.

In my book The Molecular Relationship I explain how Jesus took this a step further and created a greater vehicle still of twelve human units, or a human molecule which manifested a greater life than human.

Now the interesting part is you, as a human monad or intelligence, existed in the mind of God from eternity, but did not incarnate as intelligent life until all the ingredients were gathered to prepare a suitable vehicle for you. You therefore were not directly a plant or an animal, but a gathering together of the essence of lower lives made your expression possible.

There are billions of lower lives within you, not only physically, but spiritually and you are a god to this universe within. These lower lives look toward you as a higher consciousness and seek to be one with you so they can experience through you and share in the human experience.

We in turn will create greater vehicles and discover a more perfect oneness with God by sharing in the larger group lives which will be manifest.

Question: What is your response to those who think hypnotic regression causes false memories of past lives or even demonic possession?

JJ: Hypnosis and past life regression does bring forth some false past lives, but also some real ones. Some of the real ones are very convincing.

Here is an excerpt from my book on the subject relating an occurrence when I believed as you do:

“Then one day I had a rather amazing occurrence. I had become acquainted with a newly married couple and when we were having a party I hypnotized the wife while the husband was at the store. I took her back to several previous lives and she described names and dates in great detail. After I brought her back to the present her husband returned and he was completely unaware of anything his wife had said (No he wasn’t listening at the door). He agreed to hypnosis and to my amazement he described two previous lifetimes in exactly the same detail as his wife. His wife had stated her husband’s name in a previous life and he recalled that same name. They were husband and wife in at least two previous lifetimes. Their stories coincided exactly.”

Demons are always good to blame when nothing else gives a good explanation. Some think the devil planted dinosaur bones also.

When you take a person back to a real past life you can wait five years and take him back again and he can go to the same life and give the same details. I do not think the demons have a good enough memory to do this in every case.

Another thing is the emotional factor. When people are fully regressed they will often experience intense emotions that are obviously their own and not that of another entity.

Here’s another thing to think on. Many children under eight have been found who have a recollection of past lives with no regression. Dr. Ian Stevenson has found many of these and taken them to the actual place of their previous lives and they have identified objects previously owned.

Now the interesting thing is Joseph Smith taught that the devil cannot influence children under eight. If you believe this then demons are eliminated from this equation.

In addition, here is some hard physical evidence from my book:

Stevenson discovered that if one has a wound, particularly one that caused death, such as a gunshot, that the person will often have a birthmark in the exact placed where the wound was in a past life. What is even more fascinating is that if the person received a bullet wound which penetrated the body and left an exit hole that the entity will have a birthmark at both the point of entrance and exit.

Even more interesting is that the exit wound is larger than the entrance, and when the corresponding birthmarks are examined, he found that the birthmark at the location of the exit wound was also much bigger.

Dr. Stevenson examined 895 children, who remembered past lives, for birthmarks, corresponding to wounds and found related birthmarks on 309 of them or 35%.

Question: How is it fair to be punished for a sin in a past life when one cannot even remember the cause of the suffering?

JJ: First consider the alternative, that there is only one life and the person gets an incurable disease, especially as a child and never gets to have experience as an adult in mortality for all eternity. Where’s the fairness in that?

In fact it is so unfair that even the religious people of our day are proclaiming “life is unfair.”

Indeed, if there were only one life then it would be unfair.

But if life is not fair that would make God unfair, wouldn’t it?

God is not unfair and that is why we have multiple lives until each of us fulfill all our desires related to mortal life.

Within one life there is much payback for mistakes, but even with a conscious memory the person usually does not realize this. Even if he does not remember the cause of his problems, he will learn the needed lessons by going through them.

Karma brings us into situations where we will learn to not make the mistakes again. Rather than suffering Leukemia Stalin would be subject to tyranny for a number of lifetimes until he learned to correct that flaw within himself. Since he killed millions of people to redeem himself he would have to eventually save millions of people through being a good and wise leader. This is assuming he could still turn around and follow the path of light.

Question: If all life is one then how can we incarnate as separate individuals?

JJ: We are all parts of a greater whole. We never lose our individuality. Anyone who teaches otherwise lacks understanding. The oneness we seek comes from cooperation in group life as a cell in the body of God. That cell which is us has no beginning and will have no end. The forms it may use will have a beginning and end however. In the end we all identify with the One Great Life we call God.