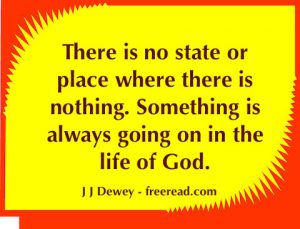 Mindy Burge continues the presentation on the rays focusing on Ray Five.

The fifth ray is the ray of the scientist, the analytical thinker, the detail oriented person. It’s close to the third ray in a lot of ways. It includes the chemist, the electrician, the engineer, the surgeon and these types of people. They’re the ones who stick with the details and precise statements, perseverance. We think of the personality as a tool for the soul. The fifth ray uses the lower mind as an expression of the higher mind. It came into expression in the Lemurian Age when Sanat clicked his Bic and the spark in the minds of men were born.

The mind has begun to work. The fifth ray starts out with the mind beginning to think. It goes through the whole thinking process. You’re starting to think through things and pull details together. It’s where we tend to find atheists, people who are pulling facts together and having no proof of things such as God. It goes into mental separation when you start learning things and pull them apart and put them back together.

As time progresses and things build on that, that’s the basic platform, it leads up to a broader knowledge. You being to realize the soul and the potential of it. People turn around and start to believe in God again. It’s also closely related to the second ray because it’s the basis that to know something is to love something. The mind and the heart reveal each other through this ray. It’s a strong conduit for first ray energy working through the mind.

Audience: Why is it green? I thought the fifth ray was orange? The colors; I thought they were are different than what’s on the chart. Does that make a difference if green is more active intelligence than love/wisdom? Blue and yellow make green so does that have anything to do with the ray of science?

Mindy: Different authors have them listed as being different colors and there is also the esoteric and exoteric of each so you need to use your intuition.

Audience: There’s no sequence necessarily. A lot of teachers teach the rays go in the same sequence as the colors do.

Mindy: Some are more prone to be on certain rays than others.

JJ: The emotional body would rarely be on the fifth ray but if it was the person would have mental control over his emotions. The emotions would be very controlled and directed toward the mind. If the mind is on the fifth ray we’ll have a scientist.

Question: Which Ray would Martin Luther King have been on?

JJ: Martin Luther King probably had a first ray personality or soul, one or the other because of the tremendous impact he had.

Audience: We had conflict in the early sixties and harmony that came out of it.

Audience: A political change would be a sixth ray change?

The crusaders were strong sixth rays. They were devoted to a cause.

Audience: There was a really well known fellow, and I can’t remember his name, but when the social changes in the sixties came in, Abby Hoffman, that’s him. When we left the sixties and went into the seventies …

Audience: I see it as we spent many years in devotion and idealism but hopefully as we’re moving into harmony through conflict, we’ll eventually see a release through the fourth ray.

JJ: The year 2025 will probably be around the time we’ll be solving things in the Middle East, hopefully.

Mindy: The seventh ray is one a lot of people have trouble understanding but it’s really a fun ray. It goes back to what JJ: was saying yesterday, the first shall be the last. It’s the last one listed but it was the first one necessary in building physical creation, the seventh sub-plane of the physical, in order for the other rays to come in and do their work. It’s the ray of ceremony, organization, structure and magic. It began by building the little atoms and molecules and everything that’s been built up since then. As far as it being the last into the first it will be the consummation of this age and the Molecular Relationship and all that good stuff comes together here. Some virtues are: strength, perseverance, courage. Vices are: bigotry, formalism, pride, narrowness, people get stuck in their ways. It includes the ritualistic things we do. For healing, it’s the ray of the surgeon and nurse with all the tiny details to see. Many superstitious people and those who practice the occult are found on this ray.

Audience: What do we have to look forward with this coming? Will there be more ceremonies and healings?

Mindy: A lot of the temple work and the symbols and rituals began during the Atlantean Age. Many of them have carried over and will come again into fruition in the new age.

Audience: Will there be more temples and ceremonies in the new age?

Mindy: I’m not sure about the temples. Are we expecting more temples?

Audience: This isn’t a question but I think JJ: recently mentioned that there’s a symbol for this ray, of ceremony and magic, and if we use it we’ll become water bearers like the Christ, who had those bear water right before the last supper.

JJ: He told the disciples to go find the man with the pitcher of water and that would lead them to the place of the Last Supper. That’s the symbol of the future, the Aquarian Age governed by ray seven.

Mindy: Another correlation is that it’s starting out as the mineral kingdom and ending up as the solar kingdom. It relates to the first ray and carries it out.

The Alice Bailey books can be a little heavy. There are a lot of authors who have put out books to explain them. This is a good one which contains a summary of each ray, The Seven Rays Made Visual. I brought along a couple others from my book shelf, Psychological Types and the Seventh Ray, and Threefold Method for Understanding the Seventh Ray. These will be up here if you’d like to look at them. There’s a lot of books out there with different authors trying to explain what they think DK is saying.

Audience: Would you mind saying the chakras and the rays again?

Mindy: There are many tabulations on what corresponds with what and where and how and why.

Audience: I think it’s because somebody on the fourth ray often is a pain there. (Laughter)

JJ: The girls did a great job, didn’t they? Let’s give them a hand. (Applause)

In the coming new age we’re going to be governed by the seventh ray and also the fifth. So our purpose here is to learn to think, to be able to escape the mark of the beast. Of course the mark of the beast is governed by two things. One is the mark on the right hand symbolizing that you’re governed by emotional power over your labor. Second is the mark in the forehead showing that emotional power. without thought, will govern your thinking and thus will eliminate your power to think and make true decisions. This causes your thinking and actions to be based on what someone else has decided for you.

The seventh ray is coming into activity and it’s an interesting one. We are going to perfect ceremonial magic. The churches have had this all along, the Eucharist, the Sacrament, the Baptism. These are all ceremonies that stimulate the magical powers of the soul within. In the coming age new ceremonies are going to be developed. The past ceremonies were centered largely around water, like baptism, because Pisces was a water sign. What’s the element that governs the Age of Aquarius?

JJ: Air. So what is something related to air that may be part of the ceremonies of the new age?

JJ: Right, breathing. Christ gave an example of this when He breathed on disciples and they received the Holy Spirit. You may have noticed that several times when we’ve done healing we’ve breathed on the person. These ceremonies around breath will become more common in the new age. DK points out that it’s a little dangerous to do the various breathing exercises that are recommended by some people until you learn how to do them safely. It will eventually be taught in the coming age how to use the breath safely and how to use it in ceremonies to help to manifest the Holy Spirit.