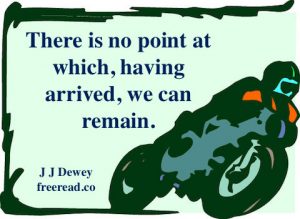 Audience: It wasn’t Christ’s body, it was Jesus’ body.

JJ: Right, but Christ was also in the body.

Audience: it was Christ’s/Melchizedek’s initiation that he did with Joshua’s body.

Audience: They were both initiated then?

JJ: It was Jesus’ fourth initiation, and DK says he completed his fifth as Apollonius of Tyana.

Audience: What happened to Apollonius?

JJ: They don’t know what happened to him He lived to be around a hundred years old and then he dropped out of sight.

Audience: What message did Apollonius bring to the world? What principles did he teach?

JJ: Well, what he taught was purity of thought. He was also a strong vegetarian. He taught how to rise above the physical realities and how to perform the miraculous, how to predict the future; he taught a lot of things. He was so successful that his name was more famous than the name Jesus Christ until; about 400 AD.

Audience: We should study him.

JJ: It wasn’t until Constantine made Christianity the state religion that the name of Jesus Christ started to catch on. Then the name of Apollonius began to disappear, because the Christians, whenever they found anything about Apollonius they burned it.

Audience: It’s possible to take more than one initiation in a life?

JJ: Yes, The Christ, took two. In that period of three years He took the sixth and beginning of the seventh. DK tells us when he returns he will complete his seventh. An interesting comment that he made was what the Christ is thinking about making His second coming and how difficult it will be for Him. How the preparations, He Himself, has to personally made for it and the sacrifice He has to make in order to pull everything off.

After all, suppose you were The Christ, and the whole world is expecting you to come again in a blaze of glory and prove to everyone who you are. I mean, how are you going to fulfill that prophecy? With that expectation waiting for you, if you were Him, you’d have to put a lot of contemplation into how to pull off your mission because there is no way you could live up to everyone’s expectations. Remember that parable I wrote a while back about Jesus coming again, and they crucified him all over again. That’s about the way it could happen. That’s probably what would happen, no matter how enlightened he was. No matter what he said, it wouldn’t make everybody happy.

Audience: Because everybody has free will and he can’t change it.

JJ: Yeah. First step in him coming again has been pretty much completed. It’s the idea of the Christ Consciousness has permeated the consciousness of humanity. So a lot of people will understand what is meant by the term, Christ consciousness. That’s the first step. The second step is the overshadowing of certain disciples by Him where He will give certain instructions to whomever His disciples are and prepare them for things to come.

We need to briefly go over the eighth and ninth initiations. It’ll need to be brief because a lot of details are not known. Even DK says he doesn’t understand them that well because they are a long way removed from where he is. We remember that most of the masters are fifth degree initiates. There are nine initiations altogether so even for the Masters, the eighth and ninth are not clearly defined because they know very few people who have even been through them.

The eighth initiation is called the initiation of transition. To take this initiation one needs to leave this planet and go to an entirely different solar system to complete these last two initiations. They’re making a complete transition. What do you suppose that transition would be? They’re going from a place here which is a certain level and going to the solar system of Sirius on which the lodge of the brotherhood is at a much higher level. Even the great initiates from earth, when they go there, are not very high. I would guess that a lot of the transition in this is adjusting to the fact that you’re the highest here and you go there to be at the bottom of the totem pole again. I would guess that that’s a lot of the transition. It’s like Jesus said, “The first shall be last and the last shall be first.” This repeats itself over and over in many ways.

When the initiate goes to complete his last two initiations he’s probably last in a lot of ways since he’s leaving this sphere and entering a new sphere of activity where he’s not very familiar and needs to learn a lot as how to adjust to another way of life in what we might call an alien environment. Imagine if we had to go live on an alien world with life-forms that we don’t understand. We’d feel out of place. So that adjustment, when they go to the new lodge is called the initiation of transition because adjusting to that is what they call the great transition. That’s about all we can say about the eighth initiation.

The ninth initiation is called the initiation of refusal. In this the master has completed just about everything that can be completed in the human sphere of activity. He’s faced with one great last temptation. He sees all the pitfalls of humanity and how humanity is continuing to struggle against the forces of evil. He has ability now and is tempted to go among humanity and help them fight the forces of evil. He has to refuse this. There is always some type of good and evil on all the planes and the correspondences of it are different on each plane. What we consider good here may be considered evil in another location and another time. For example, the kingdom governments were good at one time. It was good at one time to have a king to solidify the populace but now it’s not good to have a dictator king. Now that’s considered evil. When a person faces the ninth initiation he faces that choice. He has a strong pull to go back and serve humanity, but this time he has to resist it to move to another higher level of service. This is a great sacrifice for him.

It’s a little like what happened to the Buddha. After he died he was faced with a decision. He was supposed to leave this planet and go to another place for additional learning in another solar system. He had such a desire to serve humanity that he stayed back. That hindered his progression. It helped us but hindered him. We have a replay of this in the ninth initiation when all of our evolution on the human scale is done. There’s that great temptation to go back and continue to fight for humanity but then there is the time to move forward. For us, it’s important that we participate in this struggle but in that far future when we become ninth degree initiates it’ll be a time to move forward and let others play the roles.

Audience: Does that mean the God of Noah lost the ninth degree initiation by destroying the world and all the evil in it?

JJ: No, that’s entirely different. He was probably beyond the ninth initiation anyway because he was a planetary spirit.

Audience: What happens to one who doesn’t pass the ninth? Do they go back to the seventh or something?

JJ: Whenever an initiation is failed you need to go back and repeat it in another cycle. For us that’s another lifetime. For someone that far ahead it’d be another cycle of some kind. That’s a great part. As long as you’re struggling and trying to do what’s right there is always another cycle of opportunity. Some cycles are long and some are short. The longest cycle of opportunity is when a person receives soul contact but doesn’t act on it and then eventually denies it. Then he cuts himself off from the soul committing what is called in the Bible, The Unpardonable Sin. The act disconnects him from the soul and he has to wait for a whole new earth to be created in the future to begin his cycle of evolution all over again. It’s not forever but it’s for a long time that his evolution is stopped.

Of course, those are the dark brothers, the ones who have completely severed themselves from soul contact and have done everything for the lower personality and the benefit of self. On the other hand, the brothers of light are those who are in it for the service of the whole. Only in the service of the whole is there true life. In your body each cell needs to serve the whole body to make the body live. If each cell becomes like a cancer feeding only a portion of the body, then the body dies. Cancer in the body is like the dark brotherhood. Regular healthy cells are like the brotherhood of light and those who work for the brotherhood of light.

“The soul’s meditation is rhythmic and cyclic in its nature as is all else in the cosmos. The soul breathes and its form lives thereby. The rhythmic nature of the soul’s meditation must not be overlooked in the life of the aspirant.” DK, A Treatise on White Magic, Page 62