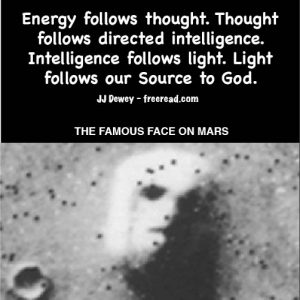 Question: According to science, it’s reflected light that allows us to see the physical universe, not the fact they cast shadows. We don’t see objects, only light that’s reflected off of them. Would you expand on why you think “our seeing is based on the shadows cast as a result of light (spirit) shining on matter (darkness).”?

First let me quote some words from DK: “The spiritual life is full of paradoxes…. There are many paradoxes in what I am here giving you, and apparently some contradictions where orthodox occultism is concerned, but that is ever the case as the teaching expands in content and the earlier all- inclusive facts are seen to be minor aspects of still greater facts.” Discipleship in the New Age, Vol 2, Page 759 & Telepathy and the Etheric Vehicle, Page 66

As we seek to understand higher spiritual truth we will often find that the standard nomenclature of orthodox science or philosophy does not quite do the job in conveying the necessary thoughts to bring the student to the next level of understanding. Thus is the teacher often forced to use words and phrases in teaching which may be disputed by the standard intelligentsia. If the student considers the teaching he is then faced with a spiritual paradox, as mentioned by DK.

This brings us to an important point of our last question concerning the meaning of the “mind slaying the real.” If the student receives an inspired teaching and sees a paradox two paths then lie before him.

(1) If he takes the first path he will rely totally on mind and orthodox learning and reject the teaching. If the teaching is true then we have a case of the mind slaying the real for the truth (the real) is rejected by mind.

(2) If he takes the second path he will not let an apparent paradox control his mind and shift control to the soul which will consider that a greater truth may lie hidden in the perceived paradox. In fact, the soul will consider that there may be no paradox at all, but only the illusion of paradox.

Of course, not every paradoxical teaching is true (in fact most are not), but to continue the search even after a paradox is discovered is one of the keys to prevent the mind slaying the real and moving on to the world of intuition where the language is one of principles rather than data.

The statement you question is: “Here in the physical plane we do not see light, but our seeing is based on the shadows cast as a result of light (spirit) shining on matter (darkness).

Why does this seem to not be true? You say: “According to science, it’s reflected light that allows us to see the physical universe, not the fact they cast shadows. We don’t see objects, only light that’s reflected off of them.”

Actually, I am talking about a principle here that does not contradict what you say.

It is true that our eyes see reflected light, but what happens in the process of this reflection? What is it we actually see? We see some type of form and every type of form casts some type of shadow which shadow gives us power to differentiate the forms.

What is a shadow?

My dictionary says it is “The rough image cast by an object blocking rays of illumination.”

To understand, let us place ourselves in a situation where there is no image blocking light rays. We did mention one and that would be an entity floating in space attempting to see light rays passing to the left. He cannot see the light because there is no image to cast a shadow.

Now let us imagine another situation. You are suspended in the middle of a lighted orange sphere. In every direction you look you see a perfectly smooth surface of uniform orange. Technically you have an image before you, but because you are in it and all color is uniform there seems to be no image and no shadow.

If what I say is correct how can you see orange since there is no shadow?

The answer is that there is a shadow.

Answer: In your mind.

In your mind is a memory of other colors besides orange. You are able to see and recognize orange because you remember red, blue, yellow, etc. and contrast colors in your mind with the orange you see. The contrasting of one color with another in your mind casts a mental shadow that allows you to see orange.

Now let us suppose you lose all memory of all colors you have seen in the past and only see uniform orange before you in every direction you look.

What do you now see?

Now you see nothing because your mind has nothing by which to cast the shadow of differentiation. It is as if there is no orange or any other color.

Even so, do we dwell in a universal light and do not see it because we do not have the spiritual differentiation to understand it.

On this note DK tells us that the true color of our sun is not yellow, but blue.

Why do you think we see the sun as yellow when it is really blue?

Concerning light, I do not see how anything I have written disagrees with any scientific discovery. As far as I can ascertain it is in harmony with known science. Now much of what I write gives a different view or aspect than theory and data presented by science, but this does not mean there is a contradiction.

Yes, light is thought to be made of photons in vibration, or some type of wave/particle combination. They are still not sure exactly what the photon is.

It is an unusual particle in that it has energy, but no mass. The question is, can it really be a particle when it has no mass?

To understand let us look in our world for a correspondence. Where do we find moving energy with no mass?

To duplicate this merely throw a stone into a body of water. When this is done a wave is created which moves through a medium (water).

The wave moving through the water has energy, but no mass, yet still has an effect upon mass.

Now a wave that we see or hear in physical reality moves through a medium such as water or air, but science tells us that the photon moves through the nothingness of space to reach the earth. This is one reason scientists are so eager to call light a particle (photon) because they can visualize a particle moving through empty space, but it is almost impossible to explain a wave moving through nothing.

Esoteric science has an explanation for this dilemma. It tells us that the early scientists were right in that space is made of a primordial substance through which a wave can be transmitted. The fact that science has not discovered this substance does not mean it does not exist.

The fact that photons in wave-like motion stimulate our vision only supports the principle of shadows. The apparently white light from the sun is made of seven main colors all created by differing wavelengths. If one or more of these colors are shaded out (shadow principle) then the light is no longer white but some other color and differentiation occurs and we have physical vision.

In order to have normal vision the cones within our eyes receive red, green and blue photons and send these colors to the brain. The retina which contains rods and cones is lined with pitch black pigment called melanin similar to the inside of a camera and the image is eventually reflected to the brain similar to the reception of an image by a computer chip in a digital camera.

Now it is easy to see why shadows aid with normal seeing. If you look around the room you are in you will see shadows everywhere which bring contrast which allows you to see form. Similarly, the very type you are now looking at is a shadow on the computer screen or paper.

“I can understand the shadows I see cast by my physical computer,” you say, “but the words on the screen are not normal shadows.”

True, but they are shadows nonetheless. Remember a shadow is “The rough image cast by an object blocking rays of illumination.” Now look at the letter (X) in front of you now. How is it produced? It is created by creating contrast – the shadowing out of light to create black type and thus make seeing possible.

The same principle applies to colors other than black. All vision of form is caused by differentiation caused by our cones contrasting one color against another. Shadows are created by a contrast of various intensities of light.

Colors are various intensities of light. Blue, for instance has a higher vibration, or intensity, than red, thus making red a shadow light when contrasted with blue.

How then do we incorporate the shadow principle when we look directly at the sun or some other light? Where is the contrasting shadow here when we clearly see the sun?

Even in this case the rays of the sun are still broken down by the eyes into red green and blue. Then these three colors are shaded against one another by the brain and rearranged into brilliant light that seems to be one light, but is really seen by our eyes as three lights.

A color-blind person (because of defective cones) is only able to see two of the three colors and interpret them and this distorts his vision of all colors. If he were to only see one color then his cones would only send shades of blackness to the brain. The cones would be useless because there would be a distorted shadow effect. The bottom line is that all form and all light is created by the simple wavelength.

In one way of looking at it one could say that the bottom of the wavelength is a shadow of the upper wave and the second and third waves of a sequence are shadows of the first.

A shadow is a visible contrast that represents an initiating power or thought, but is not the image itself. The wavelength is not real, but represents that which is real and is thus the beginning of the shadow principle.

In the physical world we this see the effects of light caused by the contrasting of one wave against another, but we do not see the light itself.

To actually see light we must become the light.

Question: What is the difference between seeing light as separate from ourselves and becoming light and seeing with that light?

“I am the light of the world.” Jesus