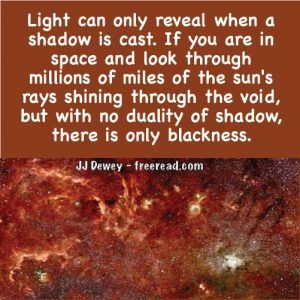 Interesting conversation by the group on the differing attitudes in the various parts of the country.

I have done a lot of traveling as a salesman and have worked in almost every city and village in the West in towns and cities over 1000 people except for parts of California. I have visited the East and the Midwest just enough to get a flavor of the various peoples.

There is indeed a difference from place to place and state to state. I was particularly impressed by Texas. Even though the state is very large the people are uniform in their friendliness. It seems that the moment you drive across the border from New Mexico that the people’s atmosphere changes dramatically, as if one has entered another life form.

If you Texans ever get a chance to visit Wyoming, you’ll find that the people are a lot like you, but not quite so outgoing.

Another state that impressed me was New York, particularly New York City. I had heard all kinds of negative stories about it and was much more impressed by the people than I thought I would be. In my last single year at the age of 25 I visited the city and just about fell in love. The female I met was an opera singer and introduced me to a wide circle of her friends. They were not outgoing and friendly like the Texas people, but they were all interesting and very intelligent. They seemed to be very sharp thinkers.

Utah is the most frustrating state to sell in. If the average Mormon there is going to spend over $100 he will generally pray about it and have you come back the next day. The funny thing is that God did not tell anyone to buy from me even once. One product I sold there were children’s books. I figured the Mormon God must not like children’s stories because he always told the people not to buy them.

The difference in the states is significant enough, but the differences in various countries is much greater still.

This is a subject that could take a lot of our attention and it would be interesting, but let us move on with the current subject.

The assignment: Give one or more characteristics that apply to the intuitional self, but do not apply to the emotional or mental selves.

The group gave lot of good comments even though many did not specifically address the question.

A characteristic mentioned by several of you was light. The flashing forth of light is particularly significant.

“The light is one and in that light shall we see light. This is the light that turns the darkness into day.”

Question: What is the meaning of this statement? How do you see light?

Allow me to give an additional seed thought that may expand your thinking on this subject.

(1) Here in the physical plane we do not see light, but our seeing is based on the shadows cast as a result of light (spirit) shining on matter (darkness).

If then you are in this darkness wherein is shining a great light (that the darkness does not comprehend) how is the light to be used to see light? What is the light that is seen in the light? Is there a difference between seeing light and seeing that which the light reveals?

Light as we understand it is vibration which is composed of many wavelengths. This light is only realized when shadows are cast. The shadows make us realize that light is there shining from some source.

If we were drifting in space where there are no shadows we would see only the blackness of space, even though we were saturated with the rays of the sun. We could, however, look toward the source of the light. If we were to do so we would see a brilliant shining orb. But if we look to the left and to the right wherein a multitude of rays of light are traveling we see no light. We only see the light of the orb when its rays strike our physical body and again cast a shadow. Even here, as we stare at the sun, we are still only seeing light by registering shadows.

We are looking in the wrong place for light. The mantra says “the light is one.” Yet when we see light on earth or in space we are only seeing many shadows, the effect of many vibrations. We need the light powered by friction to see in the land of distances.

Where is the one light?

The One is the source of vibration, the originating point linked to all other points.

As you look at the sun you see a physical but brilliant orb giving fire and light by friction. Now visualize that sun and extend your vision to its very heart, its point of most intense fire, the point that originates the fire and light for the whole solar system. This point is called the “Heart of the Sun,” the point that links spirit and matter, the soul of all things.

Now see yourself plunging into the sun descending into the heart and diving into this point. You pass through this point and you come out on the other side and discover an entirely different universe. You are in the midst of the Central Spiritual Sun wherein there is no darkness and all things within the solar system (and more) are available to your vision.

There are no shadows, but only light. In that originating point (the Heart of the Sun), you see and become light (the Central Spiritual Sun).

You now make a great discovery. That which was seen as light before is the true darkness and the blackness of space which was thought to be void of light is where the true light is seen. Space encompasses all things and the central spiritual sun reveals the light and life of space that brings all things to our understanding. Space is one, light is one and we are one, but there are many points. Each must penetrate his central point to discover the one light that exists in darkness, yet turns the darkness into day.

The intuitive thus discovers the true light that pulls his thought toward unity rather than separateness.

The path to the intuition is forged on the plane of the mind. It is said that the main obstacle that prevents the mind from finding intuition is that the mind “slays the real.”

Question: What is the meaning of this phrase and how is this obstacle overcome?

“I’ve been waiting for you,” said The Keymaker, The Matrix Reloaded