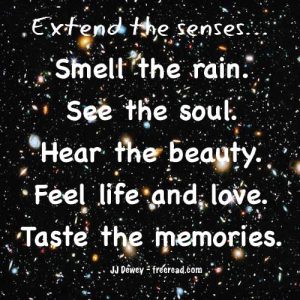 We have stretched our minds contemplating the higher spheres and this is well and good. It helps us to grow.

Now let us study two principles mentioned by DK which will help us to move to the more spiritual realms.

These two principles are “fusion” and “identification.”

You will need to use some intuition here because, as usual, he only talks around the principles without clearly elaborating.

In the beginning we are told that we are made in the “image of God,” or are reflections of God.

We are told there is a real part of ourselves and also an unreal which DK calls our “not self.”

In this world we have identified with this “not self” to the extent that we believe ourselves to be this self, or the “ego” as defined in the Course in Miracles.

The fact that our Not Self (or our personality self-mind-emotions-body) seems so real only bears witness to the fact that unlimited powers of godliness lie within us and is so potent that it can make a Not Self seem like a Real Self.

Fortunately most of us have not yet fused with the Not Self.

What is the difference between “identification” and “fusion” and what would happen if we fused with the Lower Self?

How do we move away from fusion with the “Not Self” and identify with the soul?

Let us examine “identification.” We all know the basic meaning as used in the common vernacular. My dictionary expresses it well:

“A person’s association with the qualities, characteristics, or views of another person or group.”

Perhaps the most common (and lowest level) identification is that used by a fan of a celebrity of some kind. He loves a rock star, movie star or some member of royalty and projects himself in their situation and position. He identifies so strongly with them that if they are hurt he is hurt; if they have success he feels glee as if it were him experiencing it.

The second word “fusion” is less understood by the general public, for it is also a general scientific term.

The general definition is: “The merging of different elements into a union.”

Scientifically the most common use of the word is the process that generates the energy of the Sun or the hydrogen bomb. Four atoms of hydrogen unite and compress and the inner ingredients merge to the extent that they produce a new element, helium.

This is an even higher process than the Molecular Order where higher molecules are produced from bonding. Instead of merely bonding and creating a higher molecule, through the process of fusion, the particles are merged to produce an entirely different element.

To correspond on a human level we could say that the creation of the twelve apostles by Jesus was a human molecule, but the uniting of Jesus and the Christ in one body was fusion. These two great beings fused and acted as one and became a greater entity (element) yet remained as one entity in consciousness.

“My Father and I are one,” is the keynote of fusion in the human kingdom and can signify not only fusion of a disciple with a Master, but the seeker with his own monad – his personal father in heaven.

Temporary identification with the lower worlds in the whole scheme of things is a positive thing for it gives us a change to gain experience and evolve into higher states of consciousness.

Fusion with the lower worlds is not a good thing for such intense merging with the unreal makes it seem more real than true reality and the entity thus gets stuck there unable to evolve to the higher until the lower is destroyed.

Those who do so fuse are called the Dark Brotherhood and take the dark light of matter as a substitute for the bright light of the soul.

Now that we find ourselves descended into matter we can go by this rule of thumb. Identification and/or fusion with that which is lower than our current consciousness is negative and can pull us backwards in evolution.

Identification and/or fusion with that which is higher is a positive occurrence and moves us forward in evolution.

Here then is our current situation. We have identified with the lower worlds and thus our focus of attention has drawn us here. Now the temptation is to fuse here. This temptation we must resist and seek to move higher by shifting our identification from the world before us to the kingdom of the soul.

Before we can shift our identification we must make a conscious shift of attention.

This is done in three stages.

(1) First the seeker theoretically learns that there are unseen worlds and is presented with teachings about the kingdom of God and the soul. This draws from him a portion of his attention whether he believes or not.

(2) The seeker contemplates higher teachings and, after a time, he develops a hope that they are true. The soul then draws a larger portion of attention, but not enough to produce identification.

After a period of identification the power of focused attention then does its job and the seeker then fuses with his soul. This soul infused personality then works on his next step and focuses on his Monad. He then repeats this procedure until “he and his father are one.”

On a lower level we can use the principles of identification and fusion to our advantage.

Here are real world examples of where they could be used:

Jack is socially awkward and admires Jim for his smooth approach with people. He wishes he could be more like him.

Louise didn’t do well in school and never finished high school. A lot of people seem to think she is not very intelligent. She is fed up with this image and now wants to change and be seen as intelligent by others.

Tony has never had much money and is fed up and wants to change his financial situation to one of abundance.

Contemplate on how one could use identification and fusion on a lower level to accomplish their goals.