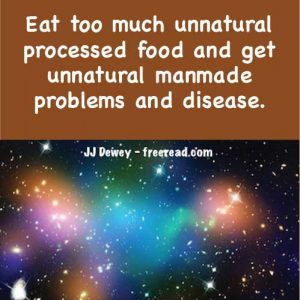 Many are predicting drastic earth changes.

Over the past 40 years tremendous earth changes have been predicted and many various dates have been set. They all have one thing in common is that so far the predictions have all been wrong.

Does this mean that we can relax and stop building our arks?

Not necessarily. Earth changes is one item that is an historically recognized fact. They do occur from time to time. The good news is that drastic earth changes are many years apart, but the bad news is that we are making a major planetary shift into new age energies.

Overall the shift of energies from one astrological age to another creates a point of tension on the earth and some changes usually occur. When approximately twelve ages have passed more significant changes occur. Then there are greater cycles still.

Each astrological age is 2166 years making the larger cycle 25,922 years. Earth changes do not always appear on the cusp of cycles but the change of energy makes physical changes more likely.

For instance, there were a lot of earth changes in the time of Moses as the ages shifted from Taurus to Aries This is not only indicated in the Bible but many catastrophic events were recorded around this time by the ancient Chinese and other eastern nations as well as ancient Indian people in the Western Hemisphere

In my book on the gathering I have talked about another cause of each changes and this is the vacuum within energy caused by the gathering of lights.

In the days of Moses the Egyptians would have suffered no harm if they would have merely freed the slaves and Pharaoh’s army would not have been covered by the waters of the Red Sea if they had not attempted to destroy the Israelites. Even so in this age the amount of destruction to come is largely dependent on the resistance of the world to the gathering of lights which is to come. There will not be any major destruction until the gathering has begun.

Many are predicting a visit from space aliens who will rapture us similar to the Christian belief about the coming of Christ.

We are not visited nearly as frequently as the UFO people would lead us to believe and there is no evidence or even information given out by the Masters that such an event will occur in any foreseeable future.

Many are predicting a shift into a 5th, 6th or some other dimension which will transform all human life.

There is even less evidence that any dimensional shift is to suddenly occur. I’ve come across numerous prophecies about specific dates of dimensional shifts and so far they gave all been wrong. Many are so brazen to even leave the wrong prophesies on their web site for all to see – such as the earth will be transformed into the 8th dimension on April 12, 1998 type of thing. True believers do not seem moved by these false predictions.

Now let us move to the current question:

So items of importance for health from the aspect of the physical that have been named are: Diet, exercise, breathing, sleep (I need more of this one), a good marriage, beautiful surroundings, avoiding toxins, healthy sex life, proper elimination, and living in a healthy environment. There is one important one that has not been named and that is sunshine. The sun has been much maligned lately, but the right amount of sun does have a very beneficial effect.

Again we realize there are many factors beyond the physical plane that affect good health such as positive thinking and we shall get into these type of thoughts later, but for now let us talk about one of the most important things we can do with physical plane activity and that is diet.

Many health enthusiasts see diet alone as almost a cure all for all diseases. While it is not true that diet is all we need we must surely acknowledge that the food we eat does play an important roll. Included in diet we shall place water which is also extremely important.

What are the three most important things to consider when deciding on a food to eat?

In advancing with the subject of health I might state that this is one subject that almost every seeker in every clime has some interest in and has done considerable study and thinking.

Several are getting close to the first consideration here so I will elaborate on the principle. They key word behind this principle is LIFE as in the life force or vitality, that is present in the food.

There are four categories of food having this vital energy and I will group them in order of importance.

(1) Foods that are yet alive such as sprouts or freshly picked or naturally preserved fruits and vegetables. These are not only have powerful vital energy but also have enzymes that are lacking in other foods.

(2) Foods having dormant life such as grains, beans, nuts and seeds

(3) Foods having a preserved life force. This would include foods such as honey, real maple syrup, bee pollen, some teas and dried foods.

(4) Foods that are in the process of decomposition with only residual life force.. This would include most of the foods in the regular grocery store including many of the fruits and vegetables.

Fruit will tend to keep the life energy for the longest period after it is picked followed by below ground vegetables. Above ground vegetables that receive the rays of the sun will disintegrate quickly, but will have powerful life force when eaten fresh.

We should make an attempt to eat as many foods as possible from category one. If you are eating category one with other categories eat category one first.

The second consideration has to do with the condition of the soil the various plants are grown in. In the United States for instance the farm ground is missing about 85% of the original trace minerals. Many other countries have a similar problem. Australia fares about the best with only about 55% depletion. Europe averages 72%.

What effect do you suppose this mineral depletion has on us and what can we do to correct it?

“There is only one way to remedy mineral deficient soil, and thus introduce nutritional minerals into plant life grown in that soil. The minerals must be put back in the soil.”

Many people think that they get a lot of benefit from minerals in water and many non plant derived mineral supplements but what is not realized is what happens to minerals that are processed by plants. After processing they become colloidal.

Let us enlarge the smallest particle that a mineral in its normal state is divided into and magnify it up to the size of a good sized rock. Now let us give that rock to a plant and see what it does with it. What the plant then does is to take that rock and divide it up still into many more particles that are like grains of sand, many times smaller than a rock. In addition to this the plant changes the charge of the particles from positive to negative.

Thus the plant creates two very positive effects on the minerals as they are prepared for human consumption. First the negative magnetic charge causes the particles to be drawn into the human tissue as if by a magnetic force rather than being repelled as are regular minerals..

The second benefit is quite logical when you ask this question. Which would be easier for my body to absorb, rocks or fine particles? The answer is obvious. When the body receives metal in chunks then it just wants to get rid of them, but when it receives them as fine magnetic particles it embraces them.

Think of this. When a plant finishes the processing of a mineral the particles are so small (as small as .01 millionths of an inch) that one teaspoon of the material could cover 127 acres of a completely smooth surface.

Dr. Joel Wallach did some research into various people who live in remote areas and are said to have life spans up to 150 years and here is what he found in common among them. Interestingly it was not a vegetarian diet or even low fat. In fact some of them seemed to have diets that we consider unhealthy. The one thing that they had in common was that they raised their plants in highly mineralized soil. The healthiest among them used water from nearby glaciers which was very highly mineralized.

Therefore, the best solution for this is to put the minerals back into our farm ground. This is possible to a degree for those who have the time to raise their own gardens, but for those of us who do not what is the alternative?

One answer is to get colloidal mineral supplements. There are several available that are leached from ancient plant beds that are now 70 million year old humic shale.

My wife tried some of this and we both developed a lot of joint pain and she swelled up like a balloon and got quite ill for a period of time. It took me about six months to get rid of whatever poison was in the product and my wife about a year. I think it was quite possible that the product we consumed had some regular lead or other toxic substance in it.

After this experience we concluded the safest way to get colloidal minerals was from the food itself and I also concluded that highly mineralized food is a much better and powerful source than eating depleted foods along with mineralized liquid. Even if you are supplying the body with colloidal minerals through supplements it puts a strain on the body to handle all the depleted foods.

Now the interesting point here is that many of the so-called health foods and organic foods are also grown in mineral depleted soil so many of the foods sold as being healthy may be just as mineral deficient as regular commercial foods.

The answer is to eat as much food as possible that was not grown in regular depleted farm ground, but was derived from highly mineralized areas.

NOTE (July 2019): We have been currently taking supplemental colloidal minerals from Youngevity and they seem to be good quality with no negative effects.