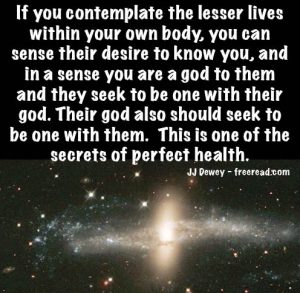 Where are the Minerals?

I have enjoyed reading your posts on the current subject of health. I know I am benefiting as well as I am sure many of you are from the suggestions and teachings being offered.

I appreciate the comments from Ray and Craig about the problem my wife and I had with colloidal mineral supplements. It is interesting that they give views on both sides of the spectrum. Ray, I am amazed that you say about 98% of your patients have a similar reaction to my wife and I. The funny thing with us is that we couldn’t find anyone else who seemed to have a similar reaction to us.

I might ask Ray this – were the reactions you noticed similar or were they quite varied? Was it to colloidals from humic shale or artificially manufactured colloidals?

And Craig that is an interesting thought about the release of poisons. I considered this possibility, though I was not aware of how the process worked as you described it.

There are several reasons why I believe that this may not be the full cause of the problem we had. When we started taking colloidal minerals in liquid form we bought them through a health food store and took them for several months with fairly positive effects. Then we came across Dr. Wallach’s approved brand that was sold on a multi level basis and we decided to try this out and possibly sign others up. The first thing I noticed was that I did not like the taste of this new brand as much. It seemed to be off compare to the first. We figured what the heck and took them anyway and by the time we were on the second bottle we both were experiencing pain in our joints and my wife’s ankles were about double the normal size. We tried everything for her and nothing seemed to help much until she went to an acupuncturist and after that the swelling subsided. After the problem we both quit taking all colloidal minerals and the problem slowly went away.

Because the first brand seemed to have no ill effects on us I am still inclined to believe that there was some contamination with the second brand. We are both a little nervous about trying the liquid mineral supplements again and decided to look to nature to discover highly mineralized food feeling this would be the safest and possibly the healthiest way to obtain minerals.

The negative experience certainly did not turn me off minerals for the idea that we have mineral deficient soil and that many of our problems are caused by a lack of major as well as trace minerals registered well with my soul. It also makes a lot of sense to me that the much smaller particles in the colloidal form would be much more usable for our bodies.

Another interesting idea along this line is that the water in our bodies is very comparable in makeup to that of the water in the ocean. Now the waters in the ocean have trace amounts of almost all of the minerals. Science is even looking for ways to profitably take gold from the ocean waters.

The Law of Correspondences also helps here. It has been said in many ancient teachings that within each human is a replica of the universe and all things outside are also inside us. If we apply this correspondence to our bodies it would imply that for us to have optimum health then we should have trace amounts of all the elements within us, just as the earth and the larger universe does. If we are missing several of these minerals or elements then our balance would be off.

Our goal then to fulfill the second consideration would be to find natural foods with high mineral content. Where can we find such foods?

“I would think eating seafood would provide most of the minerals you need. I read that ocean water contains the perfect balance of trace minerals.”

Fish in general are much richer in minerals than is land produced meat. The highest in mineral content, especially trace minerals would be the ocean fish for they swim and eat from highly mineralized water every day.

Also from the oceans come kelp, sea cucumber and several other plants that provide many trace minerals. One good thing about kelp is that it is fairly inexpensive. It has quite a bit of iodine so those with thyroid problems must take it sparingly.

Blue green algae and Chlorella were mentioned as possible sources. I believe the blue green algae from in the Klamath Falls lakes are highly mineralized and are very beneficial. The trouble is that they are very expensive. I find that I receive a similar benefit for much less money from alfalfa tablets. Alfalfa has very deep roots and is able to pull many minerals from the ground that other plants cannot reach.

I therefore take alfalfa and kelp every day because they are inexpensive and a great source of natural minerals. I also take a couple cod liver oil tablets.

(Update July 2019: I found an economical source of blue green algae and now take that with some fish oil)

They did a study once of two groups of natives in Africa who lived in similar circumstances except for one. One tribe lived next to a large lake and ate fish regularly and the other ate little or no fish but hunted land based meat instead.

The result was that the tribe who ate the fish lived a much longer life span and had much greater health than the tribe that ate little fish.

Someone mentioned a mineral source that I didn’t think anyone would get for a while and that is wine. Grapes, as well as many other fruits come from trees and vines with much deeper roots than most of our vegetables. My favorite wines are from Australia which have the most mineral rich soil in the world. I find almost all their wines delicious. My second choice are the wines from Chile. Much of the wine there is from fairly new vineyards which are not yet depleted from choice minerals. I also find that wines from Columbia Valley in Washington are high quality on the average.

Research has shown that moderate wine drinkers are healthier than those who abstain and perhaps the mineral content of the wine is one overlooked reason.

Rick makes another statement that is interesting

“Also foods grown by hydroponics would be good. When we looked into doing a hydroponics greenhouse, in Stelle, Il. the books say to add a nutrient, made from sea water, to the water used in the process.”

Rick’s full of good suggestions today. Here’s another one:

“Also, from am article on building a sprouting cabinet, it says to recycle the water used in sprouting, because it becomes high in trace minerals and other nutrients. And, if you use salt on your food, you can buy the kind that is made from sea water, at the health food store.”

Some sea salt is refined with all the minerals taken out so you want to buy Celtic sea salt which is naturally dried with nothing taken out. You can tell the difference by just looking. Refined sea salt is a pure white while the Celtic salt is slightly gray.

“If the plant discovered a mineral lacking in the soil, it would create this mineral so that when the plant died, the missing minerals would be put back into the soil to create a balance. Makes sense doesn’t it? Nature creating a balance. How else can the soil be regulated? Where do you think minerals actually come from that are being replaced?”

JJ: I’d be interested in seeing the actual research on this. I doubt if the plant actually created the mineral. If this could be proven it should make front page headlines. I think what happens here is that to compensate the plants develop longer roots in an attempt for nature to bring the trace elements to the surface. This is one reason that recycling is so important.

There are still several other popular foods not yet mentioned that are not farmed in the regular sense that are high in natural minerals and that are also readily available. Can you name them?

Someone asked about the Twelfth Planet. I started reading that book at one time and could not get into it. There may be some truth there, but I didn’t feel drawn by great light.

For those of you who have read it can you tell me if this planet is supposed to be currently populated? If so how do they survive when the temperature on the surface would be around 400 degrees below zero?

I was drawn to the writings of Velikovsky and believe that he has discovered many hints of real truth. By the way, Velikovsky did not see the visiting planet as coming from beyond the orbit of Pluto, but he says we have been visited by both Mars and Venus and Venus passed by our earth as it left an orbit as a moon around Jupiter.

He increased his credibility by successfully predicting the makeup of the atmosphere of Venus before our spacecraft arrived there to take readings.