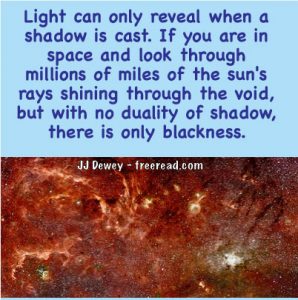 Risk is seen as a horrible thing by many of the black and whites in that it must be avoided at al costs. The mantra is, “If we can just save even one life, it will be worth the effort.”

To the feeling nature this sounds good and right, but not so with the one who uses the mind. To one who uses Aquarian reason this statement makes no sense and is counter productive in many circumstances.

Let us look for example into the cost of saving lives. “The Life You Can Save” organization says “According to the New York Times, in 2010 the US EPA used $9.1 million for the value of a life in justifying its regulations, the Food and Drug Administration used $7.9 million, and the Transportation Department used about $6 million.” LINK

When it comes down to specific endeavors the cost is much more. For instance, EPA’s rules on dioxin in hazardous waste costs $560 million per life saved. The nuclear regulator commission is willing to spend around $200 million per life saved on regulations on emissions of radioactive iodine. This is in addition to other safety measures built n a nuclear power plant.

Let us not go with the greatest number, but pick the average cost of a life saved thanks to the EPA, which is $9.1 million.

Maybe not so much when one compares this to the cost of saving lives by other means. If one is really looking at the greater good and saving the maximum number of lives there are a number of very economical means, such as providing clean water in third world nations. Millions of people die each year or suffer immensely from drinking polluted water.

A company called Sun to Water has developed devices to use solar energy to take clean water right out of the atmosphere. They say that buying and distributing these can save lives at a cost of around $13 per person. LINK

Volunteers who provide dispensed water to the third world claim that if done at scale, costs a mere fifty cents per person per year per life saved – truly a bargain in human salvation.

Now instead of going with Piscean feelings let us use the mind and do a little calculating.

What can we gather from this?

Actually the answer goes over the heads of the emotional black and whites which is this. Instead of saving one life for 9.1 million we could save 700,000 lives.

But that is not all. There are more shades of meaning to see here.

Let us suppose that you had $9.1 million in your pocket dedicated to saving lives and you were the decision maker between these two alternatives. Which would you choose?

Putting it this way, all but the clinically insane would choose to save 700,000 lives.

If this is now so obvious to the reader the question becomes this.

Why do authorities in our government support such a waste in human lives?

Secondly, why do so many gleefully support our government’s wasteful efforts to protect us from risk?

Some may answer this way. “Our priorities are not third world countries, but our own. We need to make things as safe as we can here first.”

Okay… Sounds a little selfish considering the 700,000 to one ratio in human lives, but let us go with this for a moment.

It is true that in the United States it costs a lot more to save a life than in the third world. Few here starve to death or do not have decent water to drink.

However, there are thousands of poor elderly people who die from lack of heat in the winter or air conditioning in the summer. It certainly would not cost us millions of dollars per life saved there.

The National Law Center on Homelessness and Poverty states that approximately 3.5 million people, 1.35 million of them children, are likely to experience homelessness in a given year. Many of these depend on charitable refuges that save many lives from extreme weather and hunger and the cost per life saved there is very reasonable.

There are many ways to save lives everywhere that does not cost millions of dollars.

The point I am illustrating is that many people do not use their reasoning faculties in determining what they will support or how to deal with various risk factors. Many anti nuclear people are happy to see us spend hundreds of millions of dollars per life saved and as a result if you live next door to a nuclear power plant you get less radiation than you would from a luminous dial on your watch, or the bricks in your house.

That is more safety than we need . Many of those millions could have been better spent and saved thousands of lives.

Risk is a strange thing. Emotionally polarized people either get spooked by it and will support any amount of wasteful spending that claims to eliminate it or they will hide their heads in the sand and ignore the risk altogether.

We’ll discuss this further in the next section.

To be alive at all involves some risk.