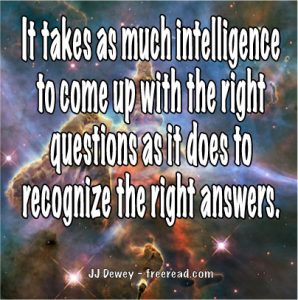 What have we learned from our discussion of perfection?

We have learned that perfection is pretty much what we say it is and that in itself is as form of relative perfection. Relative to what deﬁnition we choose to apply.

I believe it was Glenys who expressed concern about putting our faith and reliance on God if He is not perfect in the absolute sense?

It is not good to put absolute faith in any being in the physical form whether it is Jesus, Buddha or Nero. The faith you must place should be on the Spirit of God within you that communicates with you through the point of Soul or interplay between Spirit and Matter – The Still Small Voice. The Spirit has this important ability. It can recognize truth and verify truth to whoever is seeking it with sincerity.

The receiver of such truth may distort it and use it imperfectly, but nevertheless the Spirit is ever diligent to make sure the point of truth is veriﬁed to us.

Now the Spirit is a Great Being who is Becoming on His own plane but relative to us it has achieved the “perfect” ability to verify truth in principle and on this you must put your trust.

I suspect that Moses looked within and even the words of the Great Jehovah were cast into doubt within his mind as he compared what he sensed within to the direction Jehovah was pursuing.

Did you notice that God did not condemn Moses for his doubting and deﬁance? Instead he was the only Old Testament prophet who was called the “friend of God.”

Another question was raised. Was Jehovah a space being? And was there more than one God? There are a number of beings who are Gods from the Kingdom of God who have worked with man from ancient times.

Jehovah who appeared to Moses was not the same being who was Jesus (as some think), nor was He the Ancient of Days. Some of these high beings do have some different ideas as to how to do certain things and I believe that Jehovah had some different ideas than some of his brothers. Nevertheless He was not evil by any means, and his work through Moses has laid the foundation of our civilization as we know it.

I do not believe He used a spaceship with Moses as some think, but have not been told this by the Powers that be. I believe that one of the few times the Brotherhood of Light visit us in physical bodies from another planet is at the introduction of a new Adam to help us make the next leap in evolution.

Love and Acceptance to you all,

There is a principle associated with the Fourth Ray called Harmony through Conﬂict. When this concept is understood it will be seen that certain types of conﬂict, as we have had here for instance, are a good thing.

Have you ever noticed that after you have had a ﬁght with a loved one, and then intelligently resolved the conﬂict, that the harmony and peace of the relationship seem greater than ever?

That is because many of the deeper stages of peace must be acquired through the principle of conﬂict. The conﬂict, however, must be intelligently approached and managed.

I want Gabrielle, Patti and any others with their belief system to know they are welcome here and a certain amount of conﬂict is good, but we just don’t have the time to digress in all areas where questions arise. There are certain things that need to be taught here so the sincere students can rise up a ladder one step at a time and if we digress long enough it becomes painful to hang motionless on that last step.

So we will move on here, but as the concept of perfection comes up and aids us in taking additional steps we will use what we have learned so far and more.

Dave asked about Edgar Cayce and his predictions. Cayce was an unconscious medium. Even though he was one of the more accurate ones, he was far from infallible and many of his predictions did not come true. I remember, back in 1978, his followers were expecting the rise of Atlantis, but it did not happen.

Another good unconscious medium was Jane Roberts who channeled Seth. I believe she contacted a real intelligent entity here, but Seth was not a Master, and one has to study such writings carefully in the light of the soul, for there is always some illusion with unconscious channeling – often there is much illusion.

I haven’t read Cosmic Voyage as reported by Betty, but enjoyed reading her comments. I see nothing wrong with list members reporting interesting material they have come across. I may or may not comment on them and I may or may not be able to verify the validity of a book for I do not have all knowledge available. My particular mission is more connected with the future than the past and more connected with principles than raw data.

Garret wrote about the 12 planet books. I started reading them once, but couldn’t get into them. Nothing seemed to really connect with me, but that doesn’t mean that there isn’t some truth that may speak to others.

Despite Jehovah’s bad rap with the Jewish people, I do believe He was a high and Holy entity above the rank of a Master. For one thing, when Moses came down from the mountain he glowed like the sun. This transﬁguration experience would not have happened if he was dealing with someone of an evil nature. He was deﬁnitely a God of Glory whereas the Dark Brothers have a false light that can be viewed with the natural eye.