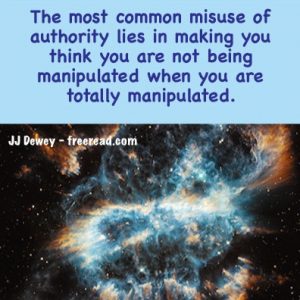 Emotional people are terrified of certain types of risk and others not so much. The risk that concerns them are those that are decreed to be dangerous by their beloved authorities.

On the other hand, the mentally polarized are concerned about risk based on data, reason and probability.

Let us take global warming, for example. We may hear some politician, who knows little about science, stating that “all scientists agree” with him on global warming and we must therefore do A, B & C or we are doomed.

The emotionally polarized and little children will fear and some even traumatized feeling the end is near unless we all drive a Prius.

Most of these people in a state of fear know nothing about exactly what it is the scientists agree upon or the proven facts involved. If they were to go back to the 1970’s 1980’s, 1990’s and read the various predictions on climate endorsed by politicians and activists and compare them with what has actually transpired they would find much comic relief as many of them were so far off that it is laughable. It’s kind of like reading psychic predictions in an old tabloid and then comparing them to what actually happened. It is kind of fun to see how off the mark they were.

We do not have time to go into the arguments for and against various climate change views, but we can say this. Based on the lack of accuracy of previous predictions we just do not know what the climate will do in the next 50 or 100 years.

Many geologists claim to have a better handle on climate change than climate scientists and tell us that we are due for another ice age soon and such an event would be much more devastating than a few degrees of warming.

Also overlooked by the fear mongers is that with or without government decrees technology on alternative energy is moving forward and clean energy will be available in abundant form in 50 to 100 years as long as we do not destroy civilization first.

Does this mean we have nothing to worry about?

Not hardly. We live in a world saturated with risk at every turn. With or without human influence the climate will change and devastation could occur. Whole continents could sink and others could rise. Farm land could become as deserts and deserts could bloom as the rose.

I’ve studied both sides of climate change and find I have much more concern about overreaction and illogical approach to it by politicians than I fear climate change itself. Economically it makes much more sense for humanity to invest in preparing to deal with it getting cooler or warmer rather than attempting to keep the earth at some perfect temperature through spending trillions of dollars.

So… if one switches from emotion to mind will he find others things that should be feared more than man made climate change?

Actually there are quite a few. Let us discuss some of them.

(1) Asteroids. We know as a fact that asteroids have wiped out most of the life on earth in the past whereas high levels of CO2 never have.

Why then do we not hear politicians sounding the alarm, warning us that we must invest in preventing such a thing? For a small fraction of what it would cost to change the climate we could develop the technology to detect and then alter the course of an incoming asteroid.

The politicians never bring up this danger, not because it is not real, but because they get no political mileage from it. They can’t use it as a means to pass new laws, regulations and taxes so the danger takes a back seat.

(2) Solar Flares. The question is not if, but when. In 1859 we were hit by one that knocked out telegraph systems all over America and Europe. Scientists say that we are overdue for another one which could knock out most of the electoral grid and many computer systems and storage. The result could be a collapse of civilization that could set us back decades or more.

This is a much larger threat to our way of life than climate change as such a coming event is quite certain. Again, preparing for it would only require a fraction of the cost of changing the climate. The electrical grid in the United Sates is out of date and needs to be replaced. If we replaced the current grid with underground wiring we could be protected from the next major flare.

(3) A Magnetic Pulse. This could be created by an atomic explosion in our atmosphere by a rogue nation and would produce similar results. A nation such as Iran or North Korea could knock us out with just a couple explosions in the atmosphere rather than many that would be needed in an all out war.

Again, rebuilding our electrical grid would give us much more protection here.

(4) Nuclear War. This should be the greatest concern of all thinking people and we have to do everything in our power to prevent it. This is number one on my list of concerns for humanity.

(5) Super Earthquakes and Volcanoes. There is not a lot we can do to prepare for these, but they indeed should be on our list of concerns for they do happen from time to time. One concern is the super volcano in Yellowstone. If it blew it could produce devastation that would reach for thousands of miles. Then, of course there is the danger of the San Andreas fault creating a megaquake of biblical proportions.

There is indeed lots to worry about, but should we allow risk to control our lives or should we move forward productively with a certain amount of calculated risk? We’ll discuss this next.