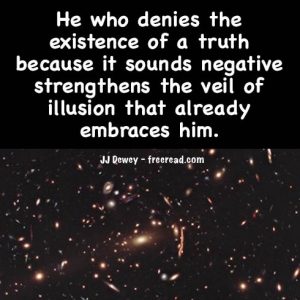 Again we will refer to the Crème supporter in this dialog merely as “Reader.”

He criticized me for quoting scriptures in my teachings accusing me of being stuck in the Piscean Age.

To this I said that most of the scriptures were written during the age of Aries, not Pisces.

Reader: You might be teaching “New Age” ideas, but the way you are teaching is Piscean. Religion how you understand it does not exist in the true Aquarius Age. There is no question that the 6th ray is a part of your energy.

JJ: I am not a member of any religion, not establishing any religion so your accusation does not hold weight here. To quote a truism from any source has nothing to do with being Piscean or Aquarius.

The sixth ray has an influence on all of us to a degree, me much less than most since none of my bodies is on this ray.

Reader: Benjamin Creme has said other dates after the May 30th, 1982 date …and those too have been failures. Surely these failures will cast doubt in the lower mind – this is precisely where the need for a TIME and DATE springs from. The lower mind, the intellect works with time. So it’s no wonder when people get anxious when the word “soon” is used. Christ has said “soon” he will be known by all. Do not forget that the Hierarchy have not had physical plane contact with the whole of humanity for 90,000 years! A few dozen years means VERRRRRRRRRY SOON to

JJ: So you’re saying that Maitreya has such difficulty with time (always seeing the big picture) that when he set the date of May 30th, 1982 he really meant, maybe Jan 9, 2010? He just couldn’t pinpoint the way a simple human can? If this is so then why did he deceive us by making a pinpoint prediction to begin with? Why didn’t he just say I’ll come when I’m damn well ready and leave it at that?

JJ It is always brings sadness to one who clings to Piscean ideals for others to look to the mind and refuse blind acceptance.

Reader: The return to the physical plane by Christ has happened – it is the Reappearance, from a massive public scale, that has not happened yet.

JJ According to you the return is very ephemeral. Neither you nor even Crème can go to where he is and shake his hand.

I’d say that when the Second Coming really commences that someone ought to know where he specifically is. (Not just somewhere in London)

JJ: This is not in harmony with Crème’s method which is predicted as follows from Share magazine: “On this Day of Declaration, we will see his face on the television screen wherever we have access. The biblical statement, ‘All eyes will see him,’ will be fulfilled, in the only way in which it can be fulfilled. We will see his face, but he will not speak. His thoughts, his ideas, his call to humanity for justice, sharing, right relationships and peace, will take place silently, telepathically. Each of us will hear him inwardly in our own language.”

You say he will not announce himself through the Pope or any other famous person because this would infringe on free will. This is correct, but Creme’s method infringes even more upon free will. If everyone in the world is forced to receive mental telepathy from him then this would be a great infringement on free will – much more than appearing to the Pope.

Reader: Tell me, how else will Christ return without infringing on the free will of Humanity?

JJ He will appear without announcing who he is and just begin his work just as he did in Jerusalem of old. The world will not know who he is. All will be free to accept or reject him. There will be no forced telepathy, unless there is some attempt by the Dark Brothers, but even this would only work with the Piscean Age people.

Reader: If the whole world is to know who He is, how can the media not be involved? How else will Humanity learn of this reality? If He is not to be using television and press conferences, how else is the Christ going to make known His return?

JJ Yes, he will be on the media, but the media will not know they are interviewing the Christ and only a few of those watching or listening will recognize his voice. It will be some time before he receives the recognition that is prophesied.

JJ Fortunately, if you or I are wrong neither of us will burn in hell forever as some zealots teach. That said, there are effects for every correct or wrong choice we make.

We are at a time of great opportunity, approaching a period when true disciples will be able to hear again the voice of the Master and directly assist him in his work. If we are looking for a situation or entity that will never appear then we may miss the true Christ when he does come. To miss him will be to miss the greatest opportunity which has been upon the earth since the beginning of history. This same situation may never come again. If one lives in this expectation, misses it and dies there will be a hell for him to visit when he has his life’s review and realizes that which he has missed or rejected. That hell will be the sound of his head banging on a wall cursing himself for what he did not see.

The reader seems to want me to read every book that Crème has written. Neither you nor I have the time to read all the literature of every organization that claims to have the truth. I read several books from the Jehovah’s Witnesses to check them out about 40 years ago and that was plenty for me to get a pretty good feel of the group. If I would have read all their books I would still be reading and would have never gotten to the good stuff. I first read Crème’s book and literature about 20 years ago. Again I came to the conclusion that there were more enlightened fields to explore. There is no logical reason for me to read everything he has written. I have checked out their literature periodically since then. More than this would be counter productive, especially when he does repeat himself somewhat in his writings.

How many Mormon books have you read? They also have a leader who claims to be in contact with Christ. If you follow your own philosophy you would have to read hundreds of Mormon books just to make sure that it is right or wrong.

They also advocate the believing of their prophet whether it makes sense or not.

Reader: FYI, the other time frames that Creme have given have again been a failure because everything that needs to happen didn’t happen. You must understand that the Reappearance is fluid – it’s not a fixed event. It will happen, but the time is still open.

JJ: Let me present the problem here as clear as language can be. If Crème really believes the date of the reappearance is fluid and not a fixed date, then Maitreya (the Christ) does also. Time and time again Crème has given out a fixed state which he claimed was revealed to him by Maitreya. I heard this fixed and sure proclamation once myself with my own ears in a live presentation by Crème.

If Crème gives out a fixed date yet knows the date is fluid then what does this mean?

It means that Crème is consciously telling a bold faced lie by stating a fixed time when he knows otherwise.

If Crème and the Maitreya speaking through him are lying and know they are lying then what does this tell us?

It tells us that either Christ is a liar or Crème is not in touch with the real Christ. I prefer to believe that latter.

I’m curious how you reconcile this with your belief system.

Reader: You don’t fully know and realize what true faith is all about. When you use a term like “wrong appearance date” – this is the direct result of only thinking with your lower mind. Like i said before, the date is given because it represents an opportunity – a very close opportunity (since an actual date has been set, since there is no time on the soul plane).

JJ: So when you are in the higher mind you can lie and that’s OK? I do not recall Christ or the Masters teaching such a thing. This must be one of the new doctrines Crème has come up with.

Reader: You just contradicted yourself when you said, “I present you with mental and intuitional reasons for my position” … There is no such thing as intuitional reason. Intuition is above reason, and if you really were accessing the intuition – you would not require a mental reason.

JJ: DK disagrees with you on this. He said: “I would call your attention to the fact that this point of revelation is related to the plane of pure reason or to the buddhic plane.” Discipleship in the New Age Vol II; Pg 405

“The plans for His (Christ’s) coming are being laid in the higher correspondence of that plane, the buddhic plane, or the plane of pure reason.” Discipleship in the New Age Vol II; Pg 426

The intuition is often called the process of “pure reason” by DK and I agree.

Reader: Are you claiming that your mind is using pure logic? : )

Reader: Not true. You could go to East London and find this Being and shake his hand. Try it : ) …

JJ Could you give us his address, phone number and e-mail address then? If not, then how do you expect us to find him and shake his hand? Obviously your statement is not true or someone would be finding him and shaking his hand.

Reader: Crème has said that even the reappearance will be a process. It won’t be one day that there is no “Christ” in the world and BAM! next day He is admitting He is the Christ.

JJ: I heard him in person say the opposite. A specific spring day would arrive and BAM the whole world would instantly know.

You end your epistle by indicating that my teaching on the return of the Christ is a lot like Crème’s. Nothing could be further from the truth.

I do not teach that he will announce his coming and then hide in London for 25 years to avoid keeping his word.

I teach that when he comes he will work openly among humanity. He will have a name and those associating with him will know what the name is. It will not be Jesus, Christ or Maitreya. He will have an address, phone number and probably an e-mail address and those who know him can visit him, shake his hand.

He will not be hiding out, but will be accessible. He will not make mysterious appearances as a cab driver, a caterer, bell hop etc.

He will attract attention the same way he did last time – by his words and his works, working among the people as one of us. He will not attract attention because the world knows he is the Christ – at least not for some time.

The reader gave Crème’s estimate on the initiation status of a number of famous people.

I am close to agreement on the above

Here is where we differ.

Lighten up. Just joking on that last one.

“If you must choose between two evils, pick the one you’ve never tried before.” Steven Wright