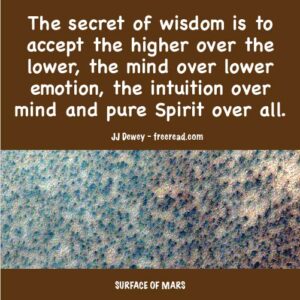 The Key of Authority

“And the fifth angel sounded, and I saw a star fall from heaven unto the earth: and to him was given the key of the bottomless pit. And he opened the bottomless pit; and there arose a smoke out of the pit, as the smoke of a great furnace; and the sun and the air were darkened by reason of the smoke of the pit. And there came out of the smoke locusts upon the earth: and unto them was given power, as the scorpions of the earth have power.” Rev 9:1-3

First, we need to examine the phrase “bottomless pit.” It is indeed an intriguing wording that has captured the imagination of many, including the non-believers for many years.

“Bottomless comes from the Greek ABUSSOS which is translated as “deep” or “bottomless.” Variations of this word often refer to the sea which was seen as very deep or bottomless by the ancients. The equivalent Hebrew TeHOWM is usually translated as sea or a word like the “deep” referring to the sea or a deep place.

Obviously Job was referring to a body of water for it was “frozen.”

“Whatsoever the LORD pleased, that did he in heaven, and in earth, in the seas, and all deep (TeHOWM) places.” Psalms 135:6

Here we are told that deep places are found in “heaven” “earth” and the “seas.”

In the New Testament this word was used by the evil spirits that named themselves Legion who Christ cast out of a man and entered the bodies of pigs. It is written:

“And Jesus asked him, saying, What is thy name? And he said, Legion: because many devils were entered into him. And they besought him that he would not command them to go out into the deep (Greek – ABUSSOS). And there was there an herd of many swine feeding on the mountain: and they besought him that he would suffer them to enter into them. And he suffered them.” Luke 8:30-32

In Luke ABUSSOS refers to a place where evil spirits do not want to go and in Romans, a place in the opposite direction of heaven.

Before the Book of Revelation came along ABUSSOS appears by itself but this book adds the descriptive word “pit” which comes from PHREAR. Strong says it represents “A hole in the ground (dug for obtaining or holding water or other purposes) A cistern or well or abyss (as a prison).”

Usually, this word merely refers to a well, but sometimes a deep pit.

PHREAR is used to describe a well in this account: Jesus answered and said unto her, “If thou knewest the gift of God, and who it is that saith to thee, Give me to drink; thou wouldest have asked of him, and he would have given thee living water. The woman saith unto him, Sir, thou hast nothing to draw with, and the well (PHREAR) is deep: from whence then hast thou that living water? Art thou greater than our father Jacob, which gave us the well (PHREAR), and drank thereof himself, and his children, and his cattle?” John 4:10-12

In reference to the earth the “bottomless pit” would be a deep well that seems to have no bottom. If bottomless were to refer to the sea then it would indicates a submergence in the bottomless sea.

That covers an intellectual look at the “bottomless pit,” but what does it really mean in connection with this scripture?

Water here is a symbol of the emotional nature as well as the multitudes of people who are governed and motivated by emotion.

The bottomless pit is therefore the emotional world of people on this earth as well as the next world. The bottomless pit for the demons would be the lower astral (emotional) world after death where there is no bottom (earth or physical bodies) for them to find rest.

That said, let us start the interpretation with the first verse: “And the fifth angel sounded, and I saw a star fall from heaven unto the earth: and to him was given the key of the bottomless pit.”

The star that fell from heaven represents the disciple and his teachings which came from heaven through the soul and are brought down to earth – or to the people who are seeking spiritual salvation.

“…and to him was given the key of the bottomless pit.”

The lower emotions no longer direct him, but he directs them. This control requires an act of divine will manifesting through the disciple for the emotional self has been brewing and fomenting for many lifetimes and does not rest in peace for some time.

A new member writes: “One of the things that attracts me to JJ Dewey’s writings is that he explicitly doesn’t rely on emotion as a basis for establishing what is or is not true. Indeed, if I understand correctly, JJ Dewey distrusts emotion as being not only unreliable, but more likely to be false that true. This has been my experience – nothing has deceived me more often and more destructively than my feelings have, so I now routinely reject them.

“When I read the descriptions of how to recognize “Soul Contact” (perhaps the ultimate ratifier of truth in JJ Dewey’s system), unfortunately it sounds an awful lot like, “Trust your feelings, Luke”. The impression I get is that Soul Contact is recognized as a mystically powerful but impersonal feeling that something is true. This sounds very much like what other systems call the Holy Spirit, or Intuition, or “Divine Revelation, or communing with your higher self, or vision questing, or something like that. All of which I have explored and found to be unreliable.

“How do you tell a lower feeling from a spiritual one, or can you?

What differentiates Soul Contact from other ways of discerning truth based on feelings?

“How can you tell Soul Contact apart from all the false emotions and feelings that come along?”

JJ: Great questions. Soul contact, the Holy Spirit, intuition, divine revelation and the Higher Self are all related in that soul contact is the door that opens the consciousness to all higher contact.

Here is the problem. Soul contact does produce a variety of feelings from the still small voice, which is almost imperceptible at first, to a spiritual fire which is overwhelming.

On the other hand, the lower emotions also produce a variety of feelings. Some of these are also almost imperceptible and some are very powerful to the extent of being overwhelming.

There are a number of differences between the two, however, the main one being that the intuitive or Buddhic plane where the soul takes us is a much higher vibration and much closer to the heart of God in vibration than is the emotional or astral plane.

The astral plane is a reflection of the Buddhic, as if in a mirror, where all things are a reverse and seen as a distortion of reality. On the other hand, those who see and feel through the eyes of the soul see as correctly as is possible and can communicate the vision to a reasonable degree in our imperfect words.

Those who see through astral or lower feelings do not see anything with correct vision and have error in every communication concerning that which they perceive.

The basic problem you relate occurs when a seeker attempts to follow the spiritual path yet has not made soul contact. In this case, the highest he can feel will be the astral world and many mistakes and untrue perceptions will he make.

The astral feelings have seven levels and the highest will seem very spiritual to many and the seeker will often assume he has found the final heart of God, Jesus or Krishna when he has tuned in to them.

In fact, one of the signs that the seeker is still stuck in the astral will be a feeling by him that he has either reached the ultimate or close to it.

The person who has not yet achieved soul contact will not know the difference between the two feelings. However, if he is honest with himself and seeks guidance from within, he will sense a knowing that a higher contact exists and it is his destiny to find it.

When soul contact is achieved then new vistas of feelings will open up and the differences between higher and lower feelings will become clear.

There is a core difference between soul and astral contact. The astral contacts are rarely fully understood by the seeker and usually lead to dead end and error. They are the bottomless pit I talked about in my previous post.

The principle is basically this. Lower feelings are below mind in vibration and are not accompanied by undistorted knowledge and understanding. They lead into experience, but not accurate knowledge.

The higher feelings of the soul are higher than mind, encompass all the qualities of mind and give mind higher understanding.

Luke Skywalker: “I don’t believe it!”

Yoda: “That is why you fail.” Star Wars, The Empire Strikes Back