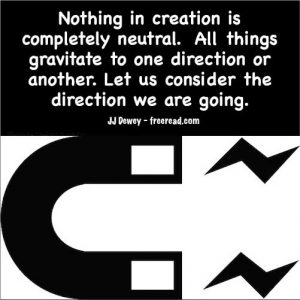 The Question: If physical facts are the leaves and astral/feelings are the branches then it follows that the mind is the trunk.

What and where are the truths on the plane of the mind? Name a truth to be discovered on this plane? How is a truth from this plane used in physical life?

Reader Comment: The plane of the mind would be dealing with…..reasoning ability?

So this would be in the calculating reasoning part of one’s self? Using the logic through the mind with all the understanding known to make conclusions about what is truth.

Truths on the plane of the mind are derived from something more than pouring facts into the memory, standard education, and calculation.

Another reader says: Emotional and physical facts see the present only, but mental truths look to the long-term effects.

JJ: You are on the right track here. A truth from the plane of the mind is a true conclusion derived from reasoning, logic and higher understanding. One could say it is wholeness thinking.

An average detective may use his calculating brain to reach certain conclusions about a crime or criminal. A superior detective will go further and use additional logic and reasoning to come closer to the truth.

An accurate profiler is one who is likely to use mind.

A successful businessman is likely to use mind. He has to gather all the data together and then use logic and reasoning to formulate his choice of products, marketing approach and cost estimates.

Mind can even be used in love and romance. The mental person will use logic and reasoning to determine the qualities of a mate necessary to ensure happiness and when a prospect is discovered he will use his best mental resources to impress and attract the one desired.

When the mental person falls in love, he will not necessarily follow the line of least resistance and go with the flow, but will again use logic and reasoning to determine if this would be a good mate for an entire lifetime. If reasoning says no then he will withdraw and look elsewhere even though the emotions may disagree.

The mental person will examine all facts at his disposal and then use logic and reasoning more than feeling as to which candidate will do the best job.

Three scientists are examining data received from the Opportunity Rover on Mars. They receive some interesting data that could indicate life once existed there.

The first scientist deals with the facts only and gives a matter-of-fact conclusion based only upon the obvious.

The second is polarized in emotion and feels there was once life on Mars. This colors his interpretation and uses the facts to support his preconceived notion.

The third uses mind and through logic and reasoning comes up with a conclusion that startles the first two scientists. But even though such conclusion is unorthodox they cannot refute it because the reasoning is sound.

Now several questions are likely to arise here. First, one may point out that so-called true facts may lead to wrong conclusions. Therefore, facts do not represent truth.

Not so. That is like saying that if you have put together 80 pieces of a 100 piece puzzle and reach a wrong conclusion as to what full picture looks like you do not have true pieces to the puzzle. Of course you have the true pieces and you can tell because they fit where they should fit. You just do not have all the pieces.

Individual facts are true, but they do not reveal the whole picture.

Finally, one may object and say that the conclusion reached by the mind in the above example is not infallible and could be in error. Maybe the guy uses all the logic and reasoning possible in selecting a mate and his marriage still winds up in divorce. How can we say that logic and reasoning lead to truth?

We can say this because the truth revealed through logic and reasoning is not mere data, but something much more profound.

By using the logic and reasoning of the mind and incorporating data and the feeling nature the seeker can find his true direction – the one that will serve him best to obtain the desired result.

This will not result in immediate perfection, but a sensing of the true direction will cause him to change course. When we are in a car we may know the true direction to our destination, but we still have to alter the course with the steering wheel hundreds of times before we arrive. Even so, through logic and reasoning we determine a true course and by making corrections as we go we finally reach the destination.

The next level of truth is the intuitional or Buddhic plane. This is the connection between the higher and lower worlds.

What part of the tree is this and what is the nature of the truth to be discovered here?

“There are no shortcuts to any place worth going.”  Publilius Syrus (~100 BC)