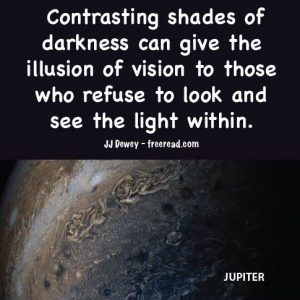 Let me emphasize that all cause is the result of some decision made my some intelligence. A positive or negative karma is merely the result of an initiated cause that has not yet played itself out.

The Question: Who are the false Christs and false prophets in the world today? Why does Jesus say “believe it not” when we encounter those who proclaim that Christ is here or there?

First, let us ask who the false prophets are?

Quite simply a false prophet is one who makes prophesies, or predictions (supposedly through supernatural means) that do not come true.

Several talked out Benjamin Crème as a false prophet. This has some validity because he has made a number of false prophesies.

Somewhere around 1988 he came up to Boise to give a lecture. I thought I’d try and be open minded and listen to him. I was surprised to hear him declare boldly that Christ was going to appear in about two months from the date of the lecture. Christ was going to appear on television and his presence would be so powerful that the whole world would just know who he was and accept him.

Well two months passed and this glorious event did not happen. Later I heard he moved the event forward, but it has now been over twelve years (as of 2002) and there has been no mass TV appearance of the Christ with every eye recognizing Him.

Hundreds of false prophesies have been made in connection with the Second Coming and so far they have all been incorrect. The amazing thing is that when Crème or any other prophet makes an exact prediction that turns out to be obviously false the followers seem to be unmoved and continue their allegiance no matter what.

I am one of the few I know of that has made any correct prediction around the return of the Christ. Way back in the 1970’s I predicted that he would not come by the turn of the century as many expected and it would be some time after this date before we would see him. Then amidst the great concern over Y2K I predicted that it would turn out to be no big deal. Others were predicting doom from planet X and I said nothing would happen on the predicted dates.

In fact through my over 1600 posts I have made only a few predictions and none so far have been incorrect. Why do I not go out on a limb and predict exact dates of doom as numerous other prophets on the internet do?

For one thing, as I have written previously, it is almost impossible to make exact predictions of coming events unless some great life with power to control the events makes a decision to make sure the event will materialize as expected. Exact future events can only be predicted around true principles, namely, previously made decisions and the law of cycles.

The false prophet feels that he can receive accolades from the masses by making predictions and if 10% or so come true he can emphasize these and claim to be the mouthpiece for the Almighty.

There are many who believe the Bible and other scriptures to be the one infallible source of true prophesy, yet even here one has to stretch the imagination to justify this.

For instance, Isaiah predicted that the Christ would live to “see his seed, he shall prolong his days.” Isaiah 53:10

He indicated that his generation would not pass until he appears in the heavens. Matt 24:34.

Paul said he expected to be “alive” when Christ descended from the heavens. I Thess 4:15

Many believers have strange convoluted explanations for these and other predictions and still claim the Bible is infallible. The truth is that the Bible or any other book is only infallible when the student reads and contemplates in the light of the Living Holy Spirit, which is the only thing that can bring dead pages of a book to life.

Nostradamus is famous for making hundreds of predictions that many claim have come true, yet the writings are so obscure that they only seem true after the fact. So far I have not seen even one person use his writings to pinpoint an event before it actually happens. In my life I have seen dozens of attempts and they have all failed . I have also seen dozens of attempts to predict a future event using the Bible which also have all failed.

Joseph Smith is the most famous American Prophet and made quite a few predictions. From my studies I would guess that about 80-90% of his prophesies either came true or could yet come true. Even though he made several very impressive prophesies which materialized he also made several that failed. For instance, he stated in a revelation given in 1832 that his generation shall not all pass away until a temple be built in Jackson County Missouri. (See D&C 84:5).

A hundred and seventy years have passed (far more than a generation) and no temple has been built.

From my studies of the Bailey writings it seems that Djwhal Khul’s prophesies are much above average in reliability also reaching a similar success rate. He made an impressive prediction about atomic energy in 1925. Note that some has come true, but the full use of this energy is yet to come.

“First, physical plane scientists will be able to speak with authority anent the fourth ether, even though they may not recognise it as the lowest of the four etheric grades of substance: its sphere of influence and its utilisation will be comprehended, and “force” as a factor in matter, or the electrical manifestation of energy within definite limits, will be as well understood as is hydrogen at this time. Indications of this can already be seen in the discovery of radium, and the study of radioactive substances and of electronic demonstration. This knowledge will revolutionise the life of man; it will put into his hands that which occultists call “power of the fourth order” (on the physical plane). It will enable him to utilise electrical energy for the regulation of his everyday life in a way as yet incomprehensible; it will produce new methods of illuminating, and of heating the world at a small cost and with practically no initial outlay.” Treatise on Cosmic Fire, Page 428

Even though Djwhal Khul made a number of impressive predictions there are still several that demand creative interpretation to accept them as accurate.

Does this mean that all prophets, even Jesus were false prophets?

Not necessarily. Note that the above mentioned prophets did not speak of specific or exact dates and times, but spoke in words that could have more than one meaning.

For instance when Jesus said he would come quickly one could assume that he may wait for 2000 years (a long time) but then show up suddenly.

On the other hand, in this present time period we have hundreds of prophets making many specific prophesies and naming dates. I have followed hundreds of predictions over the years and so far have not seen even one that proved accurate.

The real false prophets do not have a 90% accuracy level, or even 10%, but are accurate no more than is a stopped clock – which is correct twice a day. These guys are no more in touch with a true source of knowledge than are the guys betting on horses down at Joe’s Bar and Grill.

Even true prophets are not infallible, but are impressive enough that the inspiration is obvious to the sincere student. On the other hand , the false prophet is extremely conspicuous to the unbiased observer and his words will fail time and time again.

Another mark of the false prophet is that his predictions will usually be around end of the world stuff, doom, gloom and destruction.

True prophets will not ignore peril, but will often speak of positive and hopeful events on the horizon.

If the appearance of many false prophets is a sign of the coming of Christ then his presence must be very near indeed.