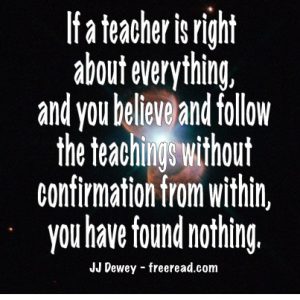 An LDS reader made a post on his website giving a negative and distorted view on H. P. Blavatsky. This was my response:

I checked out your page on Blavatsky and do not have time for a full comment – which would take a long serious of posts as I did earlier on Alice A. Bailey. I felt it important to paint a clear picture of the writings of Djwhal Khul through Alice A. Bailey for I believe they come directly from a master and are very accurate.

One thing that many fail to understand about Blavatsy is what the core of her mission was. It was not to present truth in its purity as was the case of Alice A. Bailey in writing the actual words of a Master.

Instead her mission was to stimulate interest in the teachings of the East and the search for higher truth. To do this she was to search out many ancient writings, fables, legends and teachings completely unknown to many in the West and present them to us. She quotes from hundreds of obscure sources that were previously unavailable for our consideration.

Now just because she quotes from an ancient fable or story does not mean that the story is literally true, but the idea is this. There is a lot of truth in many ancient fables, especially those from differing areas of the earth that have elements in common.

For instance, the American Indians have legends about a great flood which have elements of truth in them. On the other hand, some of their legends are pretty bizarre, if taken literally. and some religionists would think they are inspired straight from the devil himself. But such is not the case. Many of the fables that we do not understand would be seen in a different light if we could understand how they really originated. In most cases we would see they originated around some point of truth.

She was far from perfect, but then so was Joseph Smith. For instance, HPB saw the doctrine of plural marriage as a device that would enslave the souls of women and hinder their progression. On this point I think she supported the principle of free agency more than the Mormon brethren did.

There is a major problem with looking for red flags and then allowing the red flag to dictate to us that everything a certain person does or says is evil. This is rarely the case. In most instances teachers have their flaws and the disciples must examine all things in the light of the soul and then discern piece by piece.

The problem with the anti Mormons is that they do not do this. They will, for instance, find out that Joseph was a Mason and that some Masonic leaders believe that Lucifer is God so they think that everything Joseph taught, including the Book of Mormon, came from the devil himself.

Do not make the same mistake as do those who condemn Joseph Smith. Just as the imperfect prophet Joseph completed a great mission, so did H. P. Blavatsky.

Part of the problem in examining her works is that many are not reading them correctly.

His post says that H. P. Blavatsky teaches that the crucifixion was a derailment of the mission of Jesus, but she did not say this. Instead she said “he would rather have lived to continue what he considered his mission.”

This is correct for the preference for the disciple Jesus who shared a body with the Christ, was to stay and build the kingdom. The Christ within knew that the time for this was not yet to be, but Jesus maintained hope until the end that a way could be prepared to live and establish the kingdom predicted by Daniel. He was told no, that he must go ahead with the sacrifice and it was so disturbing to him that he prayed to the Father to remove the cup. When he was told this could not be done he reluctantly submitted, having faith in God that the end would justify the delay of the physical manifestation of the Kingdom.

Thus the crucifixion did not derail the mission of Jesus, but was a crucial part of it.

I’ll cover one more point. An LDS reader is concerned that H. P. Blavatsky deifies entities who were denied bodies, but Djwhal Khul clarifies the punishment of the third of the hosts of heaven. These writings are in harmony with the LDS scriptures, but with additional details.

He quotes the following from an ancient manuscript:

The Now becomes the time that was. The aeon mergeth into space. The Word of Motion hath been heard. The Word of Love succeedeth. The Past controlled the form. The Now evolves the life. The Day that is to be sounds forth the Word of Power.

The form perfected and the life evolved hold the third secret of the greater Wheel. It is the hidden mystery of living motion. The mystery, lost in the Now but known to the Lord of Cosmic Will.

The rebellious ones laughed within themselves, and sought pralayic peace until the seventh aeon. But the seven great Lords called to the greater Chohans, and with the eternal Lhas of the third cosmic heaven entered into debate.

The dictum then went forth. The laggards in the highest sphere heard it echo through the scheme. “Not till the seventh aeon, but at the fourteenth seventh will the chance again come round. The first shall be the last and time be lost for aeons.”

The obedient Sons of Mind connected with the Sons of Heart, and evolution spiralled on its way. The Sons of Power stayed in their appointed place, though cosmic karma forced a handful to join the Sons of Heart.

At the fourteenth seventh aeon, the Sons of Mind and Heart, absorbed by endless flame, will join the Sons of Will, in manvantaric manifestation. Three times the wheel will turn.

At the centre stand the buddhas of activity, helped by the lords of love, and following their twofold work will come the radiant lords of power.

From The Treatise on Cosmic Fire, Pages 25-27

And concerning there being more than one entity who occupies the position of Christ Joseph Smith verified this by saying:

“Jesus is one of a grand order of Saviors. Every world has its distinctive Savior and every dispensation its Christ.” Women in Mormondom by Edward W. Tullidge; Page 192.

I personally do not feel the need to defend the wholeness of the complete teachings of any teacher, even that of Jesus.

For instance, I would not use the phrase “if thy right hand offend thee, cut it off.” It is not something I would use in the promotion of any truth I can presently think of and is too stark for my tastes. This does certainly not stop me from using the other great words of Jesus.

I am repulsed with the idea that God would command the ancient Israelites to destroy the men, women and children of enemy towns, but were allowed to take their valuables and keep the pretty maids for their own carnal pleasure as slaves.

The fact that these the lunar lords guided Israel in this lower way does not make me throw out all the writings in the Old Testament for I have quoted hundreds of them in my writings in the support of truth that I have received.

I am prepared to defend any teaching I write that is given to me through the Spirit of Truth. Bring up anything in my many posts and I will defend them or elaborate. But, I am not responsible for the writings and possible errors of other teachers from the past.