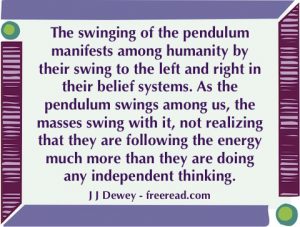 To Drink or Not to Drink

Reader Comment: I wasn’t going to say anymore on this subject but came across this today in the Aquarian Gospel (Ch.62, Verses 26 to 30):

“And when the chief men of the town poured out the sparkling wine and offered John (the harbinger) a cup, he took it, held it high in the air, and said, “Wine makes glad the carnal heart, and it plunges deep in bitterness and gall the deathless spirit of the man. I took the vow of Nazar when a child, and not a drop has ever passed my lips. And if you would make glad the coming king, then shun the cup as you would shun a deadly thing.” And then he threw the sparkling wine out in the street.

Sounds like John was really against wine. Does this mean that we should be also?

Before we decide we must look at the whole picture. As with many disciples in today’s world there was a huge difference of approach between that of Jesus and John.

John and his disciples lived a very austere life apart from the rest of society dedicated to restricted food, fasting, prayer and being divorced from the cares of the world.

Jesus and his disciples lived with the people and he did not encourage them to fast and was criticized for this.

John was very intolerant of sin, the breaking of the commandments and pointed out and condemned the lawbreakers whenever he got the opportunity. This eventually got him killed.

Jesus rarely mentioned the letter of the law and rarely condemned. He put emphasis in the spirit behind the laws.

One of the largest differences between the two is that Jesus drank wine and John did not. John may have had difficulty in accepting this behavior of Jesus and it could have been one of the reasons that he was still not sure Jesus was the Messiah as he was facing death in prison.

The contrast between the lives of the two are noted in the Aquarian Gospel:

“John came and ate no bread, and drank no wine. He lived the simplest life apart from men, and people said, He is obsessed.

“Another (Jesus) comes who eats and drinks and lives in homes like other men, and people say, He is a glutton, an inegriate, a friend of publicans and those who sin.”

Here is how this is worded in the New Testament:

“For John came neither eating nor drinking, and they say, He hath a devil.

The Son of man came eating and drinking, and they say, Behold a man gluttonous, and a winebibber, a friend of publicans and sinners. But wisdom is justified of her children.” Matt 11:18-19

Note that Jesus drank enough wine to be tagged a “winebibber,” or one who drinks too much.

His family obviously drank wine as evidenced by the fact that Mary was serving wine at the wedding in Cana and Jesus approved since he turned the water into wine so guests would not have to do without. Again, I’ll use the Aquarian Gospel:

“As Jesus stood apart in silent thought his mother came and said to him, The wine has failed; what shall we do?

‘And Jesus said, Pray what is wine? It is but water with the flavouring of grapes. And what are grapes? They are but certain kinds of thought made manifest, and I can manifest that thought, and water will be wine.

“He called the servants, and he said to them, Bring in six water pots of stone, a pot for each of these, my followers, and fill them up with water to the brims.

“The servants brought the water pots, and filled them to their brims. And Jesus with a mighty thought stirred up the ethers till they reached the manifest, and, lo, the water blushed, and turned to wine.

“The servants took the wine and gave it to the ruler of the feast who called the bridegroom in and said to him, This wine is best of all; most people when they give a feast bring in the best wine at first; but, lo, you have reserved the best until last.

“And when the ruler and the guests were told that Jesus, by the power of thought, had turned the water into wine, they were amazed; They said, This man is more than man; he surely is the christed one who prophets of the olden times declared would come. And many of the guests believed on him, and gladly would have followed him.”

Now what is really interesting is that Jesus actually commanded his disciples to drink wine in remembrance of him after he was gone:

40 And then he took a cup of wine and said, Blood is the life, this is the life-blood of the grape; it is the symbol of the life of him who gives his life for men.

41 And as you drink this wine, if you shall drink in faith, you drink the life of Christ.

42 And then he supped and passed the cup, and the disciples supped; and Jesus said, This is the feast of life, the great passover of the son of man, the Supper of the Lord, and you shall often eat the bread and drink the wine.

The Apostle Paul commended members who drank in moderation, but was not against a reasonable use as noted in the scripture:

“Drink no longer water, but use a little wine for thy stomach’s sake and thine often infirmities.” I Tim 5:23

The question may arise: Who is right, Jesus or John?

The answer is that they both are.

On certain points upon the path and in preparation for certain initiations it is important to withdraw as much as possible from the influence of meat and drink.

One of the early reasons for this is to learn self control and mastery over the pull of carnal life. After the needed self control is obtained there will also come times when the disciple is guided by his soul to abstain so he will be able to handle new spiritual energies which are being released to him. If he is not sufficiently purified to receive them they will cause him much distress. Then on other points of the path where these types of energies are not on the horizon a normal lifestyle will serve him fine.

Note that at the baptism of Jesus and the Spirit entered into him that there was a tremendous increase of spiritual energy for him. And what did he do? He immediately fasted for forty days and completely separated himself from society. But, after he adjusted to the new energy he ate and drank as did the people with whom he mingled.

I know this to be a true principle by experience. In my life there have been two occasions where I have received a significant increase in spiritual energy. During the first one I did not drink alcohol but ate a normal diet. The increase in energy brought great distress to my physical body and I sometimes wondered if I would die soon.

In preparation for the second endowment I did not only not drink alcohol, but I was on a diet consisting of only fresh fruits and vegetables. This time, even though the increase in spiritual energy was greater than the first, I suffered no physical distress.

Now during this current period of my life where my main mission is to give out what I have received a standard diet and a little wine serves me well.

On the other hand, it is quite possible that my soul may guide me to abstain again in the future.

When dealing with principles, black and white application rarely applies. This is one of the reasons Jesus stressed that we be cautious in making judgments. What is right for one person may be incorrect for another. That which is righteous in one era may be evil in another.