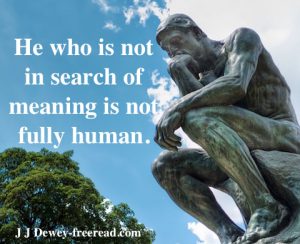 A reader says she pronounces Djwhal Khul’s name as ‘D-wow Kool. I agree with the kool part for indeed he is a cool dude. I think he looked into the future and saw that “cool” would be a cool word from the late fifties onward and then glommed on to it for a last name. (A little humor here for the serious dudes)

I would guess that that A is pronounced like the A in AHH or D-Wall. My reason for this is twofold. (1) This is the obvious English pronunciation and (2) if we take the two vowel sounds from the two names we have AHH OOO the first two sounds of the A-U-M. The A represents the first aspect and the U the second. The M of the third aspect is missing.

Does this have meaning?

His name tells us that part of his mission is to lead us away from the negative elements left over from the first solar system which was ruled by the Third Aspect (The missing M) and he is an instrument in leading is to the purpose of the second solar system (U ruled by Ray Two) and present the vision of the coming Solar System (AH – ruled by Ray One).

The leaving behind the Ray 3 of the first solar system is verified by the silent letters in his name. Using standard numerology we have: W=5 + H=8+H=8 for a total of 21. 2+1=3 symbolizing the silence of the Third Aspect of the Past and moving on to the Second and finally the First.

Then we tabulate the second name:

This is quite interesting since he is a Master of the Second Ray who is attempting to increase the consciousness aspect (2nd Ray) of humanity.

I would have a natural affinity toward his teachings since the numbers of my name are very similar to his. Notice that both of our names total 11 which is reduced to two.

Interestingly this is the number of my Soul Ray. I have two silent H’s as he does which would further attract me to him on intuitive levels.

Among his students he is known as DK D=4 and K = 2 which totals 6. We thus have the 2/4/6 or all the rays of the second aspect represented in his initials, again emphasizing his Second Ray emphasis.

The fact that D+K=6 tells us that these initials register well with us on an emotional level and that he is attempting to descend below the mind and communicate with us on all levels.

Now the one thing we are missing is the Tibetan meaning of his actual name. That would be interesting to know.

It would also be interesting to know his two other names. Alice A. Bailey knew him as Djwhal Khul and one other name not revealed. Then there was a third name she was not privy to.

A reader asks what the purpose is of learning about the Rays and the sub aspects.

Let me state a principle for your consideration around this question:

The understanding of all principles, and knowledge leading to principles, no matter how mundane or unimportant they seem in the present, will at some point become a missing piece to a puzzle and become a key to greater vision.

For example, as a teenager, I hated to study history and always questioned the sanity of the school system forcing us to learn it. I reasoned that history was a useless record of how things were done in past eras that have little connection to the present.

Fortunately as time passed I found out how wrong I was. History is a key to understanding the present as well as making it better. A study of history also reveals many underlying principles governing human nature.

Indeed that subject which I once thought useless is now a strong influence on all my teachings of the present.

There is no principle or accumulation of truth which is useless. It is true that some knowledge is more useful in the present than others, but everything will be useful at one time or another.

As far as metaphysical or spiritual truth goes the knowledge of the seven Rays is essential for a wholeness of understanding.

The Seven Rays are the key principles behind all creation, behind why astrology works, behind many of our differences as human beings, behind the keys to predicting future cycles, behind color, music, sound and many other aspects of creation.

Once a knowledge of them is obtained the disciple will have many opportunities in his future to put it to use.

What we currently have from Djwhal Khul is foundational material which will be followed by much more extensive writings when he speaks again around 2025. When this more advanced knowledge comes then we will be lost if we do not at least have a basic understanding of the rays.

I recently had a small opportunity to try out the ideas on laughter that we recently discussed. One of my eyes felt irritable, like it was developing an infection so I laughed in the direction of the discomfort and it immediately felt about 50% better. Then the next morning the eye was normal.

When you think of it laughter has the power of negation and can be used for good or evil. Often has been the time that a person has attempted a project good and noble, but has attracted the laughter of his comrades. Such laughter will tempt the aspiring soul to believe that his efforts are negated, or in vain, and stop in his tracks before he even gets a good start.

In this case laughter negated something that was good.

The key to the correct use of laughter is to negate that which is undesirable. If nothing else, a harmless laugh at good humor at the end of a day may negate a day or boredom, or meaninglessness, and make the person feel that life is not so tough after all.

But, if we laugh at the negativity in the world or those things that bother or hinder us it can tend to recharge our forces giving us strength to forge ahead as if the negative does not exist.

This brings us to an associated subject which may give us a break from contemplating heavy material:

Perhaps we could humorously call these aspects of the Eighth Ray: Humor – Laughter – Play

Is play an important ingredient in the life of the disciple? Does an enlightened person leave this principle behind and concentrate on serious things or does he or she keep this as an important part of his life? Why? What benefit does it serve?