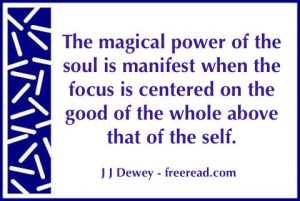 A couple members have been arguing over the subject of morality as endorsed by the masters. One view is that they basically leave such things up to the individual with little concern on the matter and the other view is that they are concerned and do provide guidance and direction.

Then as this exchange proceeded we found that part of their disagreement was because of the use of differing definitions.

That said let us first ask ourselves why this difference in viewing morality has evolved into two basic camps. One is the fundamentalist religions who use the word “morality” liberally and would like to impose their views upon the world. The other camp has such a negative reaction to the word that they seem to want to eliminate it from our vocabulary.

Part of the problem comes from distorted fundamentalists words that are a turn off for many modern free thinkers. Some of these words are “sin,” “repent,” “salvation,” “righteousness,” “virtue,” “Jesus,” “God,” “Satan,” “devil,” “demon” and of course, “morality.”

The trouble with many of these words is that their current meaning has been distorted from the way they were used in ancient times. While the use of many religious sounding words today are associated with the backward geek, they were considered “cool” in Bible times because they were seen and defined differently.

Therefore, when we are presented with certain “turn-off” words today we must not reject them out of hand but reach a consensus of meaning of the principle behind the discussion.

Should we then be subject to standards of morality or not?

The answer is yes and no.

No when the standards are imposed from an outside source which is not confirmed by the soul.

Yes when the standards are from any source which are confirmed by the soul.

In my view the whole argument is between one who follows the law of Moses or the law of Christ.

To be moral according to Old Testament Law one had to literally comply with the law which was etched in stone.

Then Christ came and established the New Testament wherein righteousness was not determined by a black and white following of an outer law, but by following the inner law of Christ which is written upon the heart.

He taught that when the inner law of love is followed the positive intent of the outer law is complied with.

So if one is guided in his behavior by that which is revealed through the soul does this mean that morality is no more?

Do the Masters care about our living up to the highest we know or in our obedience to rules that register with our souls, such as “thou shalt not steal?”

Again the answer is yes and no.

No because our personal morality is not their point of focus.

Yes, because they judge our progress by viewing our inner light. If the inner light is clear then they know they do not have to go down a Santa Claus type list of good behavior. If the light is good then they know the right standards of morality have been applied without knowing the details.

Therefore, we can say that the Masters are indirectly concerned about the morality and ethics of the disciples. If one were to disregard his moral light and commit rape then indeed the light would darken and the disciple’s work would be effected and would cause an effect in the Master’s ashram.

So what does DK say about morality?

He says that a basic morality and standards of right and wrong from the best of the teachings of the world must be incorporated by the disciple. He must also incorporate the basic teaching on love and right human relations. But this alone does not get him into the Master’s ashram. To become an accepted disciple he must develop skills which are useful to the higher work. Even though these skills may have nothing to do with morality he does not say morality is to be disregarded.

He says this: “Such are some of the teachings concerning disciples and their recognitions and it is valuable for aspirants to ponder them. It should be realised that though good character, high ethics, sound morality and spiritual aspiration are basic and unalterable requirements, yet more is needed if the right to enter the Master’s Ashram is to be granted.” Treatise on White Magic, Page 174

In addition he talks about some of the qualities expected of disciples. One of the things I found interesting is that he said that the disciple should not do anything to set an example which is below the ethical standards of the day. In other words, the disciple is expected to set a higher standard of behavior, not a lower one.

One of the main standards he talks of repeatedly is called “right human relations.” Understanding that which produces right relationships and incorporating them will determine the new morality.

On this subject DK writes: “Right human relations will come by a mutual recognition of mistakes, by sorrow for wrong action in the past, and by restitution, if possible. It will come when nations can be educated to appreciate the good qualities of other nations and to comprehend the part they play in the whole picture. It will be developed when the sense of racial superiority is killed; when racial differences and racial quarrels are relegated to the unholy past and only a future of cooperation and of understanding is actively developed; it will make its presence felt when the living standards of right relation (sought by the enlightened people of every race) become the habitual attitude of the masses and when it is regarded as contrary to the best interests of any nation to spread those ideas which tend to erect racial or national barriers, arouse hatreds or foster differences and separation. Such a time will surely come. Humanity will master the problem of right human relations and attitudes.” Externalization of the Hierarchy, Page 195