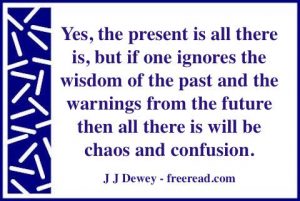 In the White horse prophecy Joseph Smith stated he would not live to go to the Rocky Mountains. I have included it at the end of the post. It is quite interesting reading, even though all the prophesies did not literally come to pass.

The Mormon church uses the word “spurious” in connection with it and discourages the members from quoting it.

Whether you have an LDS background or not you should find these predictions quite interesting.

This prophecy spoken by Joseph Smith on May 6, 1843 in the presence of Edwin Rushton and Theodore Turley. This was repeated in a meeting about two weeks later, but in both instances was written out from memory afterwards: There has been much criticism of the “White Horse” prophecy. many saying there is no foundation for it. But Brigham Young quotes from it in the Journal of Discourses.

On or about the sixth day of May. 1843, a grand review of the Nauvoo Legion was held in Nauvoo. (Illinois) The Prophet Joseph complimented them for their good discipline and evolutions performed. The weather being hot, he called for a glass of water. With the glass of water in his hand he said, “I drink to you a toast to the overthrow of the mobocrats.” The next morning a man who had heard the Prophet give the toast returned to visit the Mansion of the Prophet. And so abused him with bad language. That the man was ordered out by the Prophet. It was while the two were out that my attention was attracted to them and hearing the man speaking in a loud tone of voice. I went toward them; the man finally leaving. There were present the Prophet Joseph Smith. Theodore Turley and myself. The Prophet began talking to us of the mobbings and drivings and persecutions we as a people have endured. But, said he, “We will have worse things to see; our persecutors will have all the mobbings they want. Don’t wish them any harm. For when you see their sufferings you will shed bitter tears for them.” While this conversation was going on we stood by his south wicket gate in a triangle. Turning to me he said: “I want to tell you something. I will speak a parable like unto John the Revelator. You will go to the Rocky Mountains. And you will be a great and mighty people, established there, which I will call the ‘White Horse of Peace and Safety.’ When the Prophet said you will see it, I asked him, “Where will you be at that time?” He said, “I shall never go there. Your enemies will continue to follow you with persecutions and will make obnoxious laws against you in Congress to destroy the White Horse, but you will have a friend or two ‘to defend you’ to throw out the worst part of the laws, so they will not hurt much. You must continue to petition Congress all the time, they will treat you like strangers and aliens, and they will not give you your rights but will govern you with strangers and commissioners; you will see the Constitution of the United States almost destroyed; it will hang by a thread, as it were, as fine as the finest silk fiber.” At this point the Prophet’s countenance became sad; he said, “I love the constitution. It was made by the inspiration of God. And it will be preserved and saved by the efforts of the White Horse and the Red Horse. Who will combine in its defense. The White Horse will raise an ensign on the tops of the mountains of peace and safety. The White Horse will find the mountains full of minerals and they will become very rich. You will see silver piled up in the streets “You will see gold shoveled up like sand. Gold will be of little value even in a mercantile capacity, for the people of the world will have something else to do in seeking for salvation “ The time will come when the banks in every nation will fail and only two places will be safe where people can deposit their gold and treasures. These places will be the White Horse and England’s vaults.” “A terrible revolution will take place in the land of America, such as has never been seen before; for the land will be literally left without a supreme government. And every species of wickedness will run rampant. Father will be against son, and son against father, mother against daughter, and daughter against mother. The most terrible scenes of murder and bloodshed and rapine that have ever been looked upon will take place. “Peace will be taken from the earth and there will be no peace only in the Rocky Mountains. This will cause many hundreds and thousands of the honest in heart to gather there; not because they would be saints but for safety and because they would not take up the sword against their neighbor.

“You will be so numerous that you will be in danger of famine, but not for the want of seed time and harvest, but because of so many to be fed, Many will come with bundles under their arms to escape the calamities, and there will be no escape except by fleeing to Zion. “Those that come to you will try to keep the laws and be one with you, for they will see your unity and the greatness of your organization. The Turkish Empire or the Crescent will be one of the first powers that will be disrupted, for freedom must be given for the Gospel to he preached in the Holy Land. “The Lord took of the best blood of the nations and planted them on the small islands now called England and Great Britain, and gave them great power in the nations for a thousand years and their power will continue with them, that they may keep the balance of power and keep Russia from usurping her power over all the world. England and France are now bitter enemies, (1843) but they will be allied together and he united to keep Russia from conquering the world. “The two Popes, Greek and Catholic, will come together and be united. The Protestant religions do not know how much they are indebted to Henry the VIII for throwing off the Pope’s Bull and establishing the Protestant faith. He was the only monarch who could do so at the time, and he did it because this nation, England, was at his back to sustain him. One of the peculiar features in England is the established red coat, a uniform making so remarkable a mark to shoot at, and yet they have conquered wherever they have gone. The reason for this will be known by them some day. The Lion and the Unicorn of Israel is their ensign, the wisdom and statesmanship of England comes from having so much of the blood of Israel in the nation. “While the terrible revolution of which I have spoken has been going on. England will be neutral until it becomes so inhuman that she will interfere to stop the shedding of blood. England and France will unite together to make peace. not to subdue the nations; they will find the nations so broken up and so many claiming government, till there will be no responsible government. Then it will appear to the other nations or powers as though England had taken possession of the country. The Black Horse will flee to the invaders and will join with them. for they will have fear of becoming slaves again. knowing England did not believe in slavery, fleeing to them they believe would make them safe; armed with British bayonets. the doings of the “Black” Horse will he terrible.” Here the Prophet said he. could not bear to look longer upon the scene as shown him in vision and asked the Lord to close the scene. Continuing, he said. “During this time the great White Horse will have gathered strength sending out Elders to gather the honest in heart among the Pale Horse, or people of the United States, to stand by the Constitution of the United States. as it was given by inspiration of God. “In these days God will set up a kingdom” In these days God will set up a kingdom. never to he thrown down, for other kingdoms to come unto. And these kingdoms that will not let the Gospel be preached will be humbled until they will. “England, Germany, Norway, Denmark, Sweden, Switzerland, Holland, and Belgium, have a considerable amount of the blood of Israel among their people WHICH must be gathered. Then nations will submit to the kingdom of God. England will be the last of these kingdoms to surrender. but when she does she will do it as a whole in comparison as she threw off the Catholic power. The nobility know that the Gospel is true but it has not enough pomp and grandeur and influence. for them to embrace it. They are proud and will not acknowledge the kingdom of God, or come unto it. until they see the power which it will have. Peace and safety in the Rocky Mountains will be protected by a cordon band of the White Horse and the Red Horse.

“The coming of the Messiah among this people will be so natural, that “only” those who see Him will know that He has come, but He will come and give His laws unto Zion, and minister unto His people. This will not be His coming in the clouds of heaven to take vengeance on the wicked of the world.

“The Temple in Jackson County will be built in this generation. The saints will think there will not be time to build it. but with all the help you will receive you can put up a great temple quickly. They will have all the gold, silver, and precious stones; for these things only will be used for the beautifying of the temple; all the skilled mechanics you want, and the Ten Tribes of Israel will help you build it. When you see this land bound with iron you may look toward Jackson County” At this point he made a pause, and looking up as though the vision was still in view, he said.” There is a land beyond the Rocky Mountains (California) that will be invaded by the heathen Chinese unless great care and protection are given.” Speaking of the heathen nations he said, “Where there is no law there is no condemnation, and this will apply to them. Power will be given the White Horse to rebuke nations afar off, and they will be one with the White Horse, but when the law goes forth they will obey; for the law will go forth from Zion. The last great struggle Zion will have to contend with will be when the whole of the Americas will be made the Zion of our God. Those opposing will be called Gog and Magog some of the nations of the world led by the Russian czar and their power will be great, but all opposition will be overcome and then this land will be the Zion of our God.”