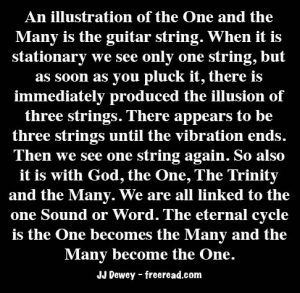 Since the Bailey writings are difficult to understand some have expressed interest in the presentation of some of the core teachings so the whole will be easier to understand. This sounds like a good approach so we will herewith start with the central teaching of the Seven Rays.

The Seven Rays are the seven creative energies which are the creative forces, or lives, that have created all that we see in the known universe.

The seven Rays operate through many correspondences beginning with the seven Spirits mentioned in the scriptures.

Rev 1:4 John to the seven churches which are in Asia: Grace be unto you, and peace, from him which is, and which was, and which is to come; and from the seven Spirits which are before his throne;

Rev 3:1 And unto the angel of the church in Sardis write; These things saith he that hath the seven Spirits of God, and the seven stars.

Rev 4:5 And out of the throne proceeded lightnings and thunderings and voices: and there were seven lamps of fire burning before the throne, which are the seven Spirits of God.

19 Eternal Thought is one; in essence it is two–Intelligence and Force; and when they breathe a child is born; this child is Love.

20 And thus the Triune God stands forth, whom men call Father-Mother-Child.

21 This Triune God is one; but like the one of light, in essence he is seven.

22 And when the Triune God breathes forth, lo, seven Spirits stand before his face; these are creative attributes.

23 Men call them lesser gods, and in their image they made man.

Then the book of Revelations gives a lower correspondence:

Rev 5:6 And I beheld, and, lo, in the midst of the throne and of the four beasts, and in the midst of the elders, stood a Lamb as it had been slain, having seven horns and seven eyes, which are the seven Spirits of God sent forth into all the earth.

Thus we have the Seven Spirits as representing the creators of the universe down to “seven Spirits of God sent forth into all the earth.” These would be seven avatars or teachers to the human race.

Note in the scriptures above that the number seven keeps reappearing. Not only are there seven spirits, but there are seven churches, seven stars, seven lamps, seven trumpets and much more.

Then within our observable creation the seven creative energies manifest as the seven colors that compose the one white light and the seven notes on the musical scale.

As we study these Seven Rays it would be helpful if you had the Alice A. Bailey writings available. If you have not purchased the books you can view, download or search the text free of charge at: LINK

What is the difference between a Ray of Aspect and one of Attribute and why are they called such?

The Three In One

Here is one answer we received rom Rick:

“Aspect has to do with which way something is facing, like left, right, middle. Attribute has more to do with what’s in something. On my chart, the first three rays come from the One Source and the remaining rays come out of ray three but also contain a mixture of the other two. As we discovered, when using the chart before, it is laid out intentionally to allow us to use correspondence. It would seem that the first three rays are primary ways of looking at things and the secondary or attribute rays contain mixtures of perspectives. Compare to your reactions to a given input. You can be happy or sad, which is an aspect, or you could be confused by it, with equal amounts of happy and sad, an attribute.”

Well said Rick. Actually, Djwhal Khul never clearly explained why the first three Rays are called aspects and the lower four called attributes. But this is one thing we will concentrate on here. Instead of just quoting the Bailey material, we will take certain teachings and elaborate and expand upon them.

You can read the books without the aid of me or the group. The benefit of a class like this is that it will allow us to go further than what has been written in black and white.

Rick says an aspect “has to do with which way something is facing, like left, right, middle.” My dictionary has two definitions which seem to apply:

To really understand the first three Rays of aspect (Rays 1, 2 & 3) we have to go back to the One Great Life, the creator of all there is.

Because in the ultimate reality “all is One” then the only way there can be more than one is to view the One from differing angles, or aspects, giving the illusion that there is more than one and from this illusionary principle or aspect, create all there is.

The aspect principle goes back to the guitar string idea I taught earlier.

If you take a single guitar string and examine it, there is before you only one string. But if you pluck it and create sound (the Word) then something magical happens before your eyes. Suddenly, as you look at the vibrating string you see not one string but three strings. These three strings are three aspects of the one string.

An attribute as defined as “A quality or characteristic inherent in or ascribed to someone or something.”

Thus, the Rays of attribute correspond to the qualities of the sound which comes from the vibrating string.

It could also be said that an aspect corresponds to what we see, and attributes to what we hear or sense.

The first three rays are given as follows by DK:

These three rays have many names and correspondences. Her are just a few: Hindu:

Most of us are familiar with the Christian Trinity, The Father, Son and Holy Ghost.

Question: What are the differences between the three aspects, often called the Father-Son-Holy Ghost?