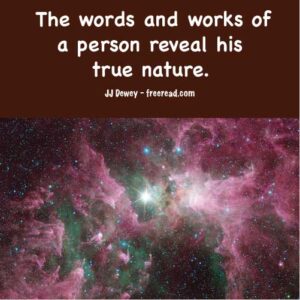 “And I will give power unto my two witnesses, and they shall prophesy a thousand two hundred and threescore days, clothed in sackcloth. These are the two olive trees, and the two candlesticks standing before the God of the earth.” Rev 11:3-4

Before we give the inner interpretation let us briefly relate the orthodox one. Standard Christians see the two witnesses as two physical prophets who shall appear in the last days. Some believe they will be Moses (or possibly Enoch) and Elijah come again, not reincarnated, but making a supernatural appearance. They see these two as appearing in Jerusalem and causing all kinds of grief to unbelievers.

On the fringe side of things there are hundreds out there with large egos claiming to be one of the two witnesses. Because of this claim we are supposed to drop everything and follow them

Then there are others who teach that the two witnesses are groups, movements or even historical figures.

While it may be true that certain physical correspondences may appear from time to time that could be interpreted as the two witnesses (and I have written of this myself) I think the reader will find that the inner interpretation will strike a chord within. Whereas the outer interpretation occurs within a very limited time; the inner applies from the time of John until today and henceforth.

So, who or what are the two witnesses and what is it they are witnessing to or for the disciple seeking to unfold the Christ within?

To answer this question, we must recap the meaning of the recent verses.

The disciple has eaten the little book or obtained a revelation of his place in the scheme of things, his mission and the work to be done. After this, he sees he must look into the hearts of men and discern the true seekers after the light within from those who are governed by the light without.

What is it that must now be witnessed or verified?

To answer this, we must reflect back on the book (mission) he swallows. We are told “it shall make thy belly bitter, but it shall be in thy mouth sweet as honey.”

The mission and labor is sweet to dream and talk about, but the actual work and application can be very bitter because of the resistance the one following the path of Christ encounters. Remember that Jesus had to suffer the bitter pill of suffering in the garden and being crucified.

Others seeking to follow the path of Christ may not be crucified but they must be willing to give even their lives if necessary and will also reach that point where they will ask “if it be possible, remove this cup.”

The only way the disciple can make his way through this valley of the shadow of death is to be absolutely sure his direction is correct. Otherwise, he will stumble, fall and not recover to obtain the victory.

“And I will give power unto my two witnesses…”

Note that the two witnesses are given power from God. What is the purpose of such power? The purpose is to verify with a positiveness that transcends physical reality so the witness is sure.

So who or what are the two witnesses?

“These are the two olive trees, and the two candlesticks standing before the God of the earth.” Verse 4

A clue is given in the Book of Zechariah

“Here is a lamp-stand meets my eyes, all of gold. A bowl this lamp-stand has at the top of it, and from the bowl run seven pipes, to feed the seven lamps that crown it. And there are two olive trees hanging over it, one to the right and one to the left of the bowl . . .” Zech 4:1-4

“Then I asked him about the two olive trees, to right and left of the lamp-stand; and there was more I would know. What are the two olive-shoots, close beside the two golden taps that feed yonder pipes of gold? What said he, canst thou not tell? Not I, my Lord, I answered. What should these be he said, but the two newly anointed ones that stand in his presence, who is Master of the whole earth?” Zech 4:11-14 Knox Version

Notice that we have the symbolism of the two most important numbers when dealing with the Creator which is the seven and the three. We have the seven pipes and lamps symbolizing the “seven spirits before the throne.” Then we have the “Master of the whole earth” and the two anointed ones who feed the seven. These two plus the one equal the three of the Trinity.

After there disciple meets the powerful angel and eats the little book he feels he has a witness from on high (the powerful angel), but this is still not enough to sustain him. Remember that as Jesus faltered in the garden that “there appeared an angel unto him from heaven, strengthening him.” Even for the Master, knowledge of his mission from his father was not enough. He needed additional assistance from another witness.

Next, as Jesus faced his accusers Peter cut the ear off of one of the soldiers. After this Jesus healed the ear in the eyes of all. This was a final witness to himself as well as his accusers that his mission was indeed in harmony with the higher will.

The purpose of the two witnesses is first to strengthen the disciple and, secondly, to verify his works.

The witnesses fulfill two purposes. First to strengthen and verify to the disciple and secondly to witness to the people who listen.

The first witness increases the inward spiritual power that is sent forth from the disciple to the people. The people receiving his words thus feel an inner strength being projected. Then the second witness verifies his works to the people.

In other words, the verification of his works and words are the two witnesses from the disciple to the people as well as to himself.

“…they shall prophesy a thousand two hundred and threescore days, clothed in sackcloth.”

Sackcloth in Bible days was made of a coarse, black goat’s hair. The material was used to make sacks, but also garments used to signify a period of mourning over calamities or death.

And what is the period of time involved?

This is the second time period mentioned in this chapter. The first reads:

“…the holy city shall they tread under foot forty and two months.” Verse 2

A prophetic month in scripture was considered to be a flat 30 days. Thus 42 months equals exactly 1260. The symbolism of this figure is repeated numerous times in the Apocalypse. Later there is a period of “times, a time and a half a time.” Times equal one season, period or year, time equals one and finally a half a time. Add these together and we get three and a half periods. If we apply this to scriptural years of 360 days each we again arrive at 1260 days. Then later in this verse we see the witnesses were dead for three and a half days.

We thus see that the three and a half periods were repeated four times in the book, but written four different ways.

What is the reasoning for this?

This is to emphasize that the three and a half represents a principle rather than a black and white time period. The thing which is consistent with all these four time periods is also significant. All four represent periods of loss, tribulation or mourning before victory is achieved.

[1] The holy city is “tread under foot forty and two months.”

[2] The two witnesses prophesy during 1260 days of difficulty and resistance from enemies.

[3] The two witnesses are dead for three and a half days.

[4] The church flees to the wilderness for times, a time and a half a time (three and a half times).

“What then is the true meaning of the three and a half periods?

The answer is much different than you have read in the various Bible commentaries.

Humanity has a certain affiliation with the number three, as far as time or work goes. This is illustrated in the truism “Three is charm.” It seems to us that after three attempts or periods that success is to be achieved. Evidence of this is even seen in the resurrection of Christ for it is thought he was in the tomb for three days. Maybe this is incorrect. Maybe it was really three and a half days.

The reason that the great miracle of Jesus raising Lazarus from the dead was so impressive was that he was in the tomb for over three days. It was a belief among the Jews that it was impossible to bring a man back to life who had been dead for more than three days.

When Jesus was told of the death of his friend, he purposefully delayed going to Lazarus so he would be dead for over three days. This was very upsetting to those close to him for they also thought that even Jesus could not bring him back after three days. Both Mary and Martha expressed regret that he did not arrive earlier.

We are told that this attitude made him groan ‘in the spirit, and was troubled.” John 11:33

Why was he so troubled? Because of this built-in mechanism that normal humanity has within themselves to just give up after the three periods.

This is why Jesus taught us that he who endures to the end shall be delivered. Matt 10:22 The end is always at least a half of a time period beyond that which the seeker expects.

The key to success is to not endure just one round of troubles, or even two or three, but always expect an extra half more than you think will be the maximum. In truth it may be more than the half, but at least a half.

The bottom line is that success will take as long as it takes but the promise is that if we endure to the end, we will achieve success. The problem is the end is always further away than one tends to expect. That last period that extends beyond the three rounds is the one crucial to success.

Two good examples of this are the two greatest conflicts experienced in the United States – the Civil War and World War II.

Time and time again great pressure was placed upon Lincoln to end the war, especially after three years had passed. It is only due to the iron will and inspired determination of this man that the war was successfully consummated after three and a half years had passed.

The same thing happened with World War II. No one was sure who would win after three years of U.S. involvement, but after we endured three and a half years it seemed pretty sure we would win, and of course we did.

A similar time period was at play in World War I which lasted just over three and a half years in Europe.

The principle taught is this. If we want to achieve victory on any level, we must be willing to endure for longer than the expected three periods. Sometimes it will require three and a half periods, sometimes more. When there is a major struggle or work to be accomplished it will always take longer than expected. If we have a timetable and say I will struggle for X amount of time, and that will be it, then failure is inevitable. Only the disciple who endures as long as it takes will triumph in the end.