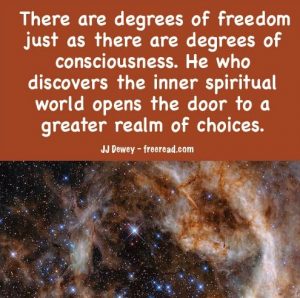 The Spoils of War

“I read your post with interest and chuckled to myself as I thought back to my early history lessons in grade school and early high school here in Canada. The history books back then were not titled the History of Canada as you would presume, but instead the History of British North America. One of the primary themes of the books was the fate of the Empire Loyalists. These were the farmers, merchants and settlers in the 13 colonies who either fought on the side of the crown or didn’t take sides at all, but wished to remain loyal to the crown after the war. They were stripped of their homes, farms and businesses and treated exactly the same as those poor souls described in the ‘Let Freedom Ring’ post. This forced migration of immigrants to the remaining British colonies in Canada resulted in the settling of thousands of acres of land in Ontario and many of the Maritime Provinces. I’m curious to ask if anything is mentioned of these people in the American History Books?”

Thanks for the alternative view here Keith. Actually I have cause to be open-minded here for I am half Canadian myself as my Mother was born and raised In Alberta. I thus have a soft spot for the people of the two countries as I have family on both sides of the border.

The fate of the Royalists is briefly mentioned in our history, but I am sure the slant is different. but it is only logical that there is abuse on both sides of a war.

On the other hand, I would submit that the situation between the two groups suffering loss was quite different.

For one thing the cause was different.

The Signers risked their lives, their fortunes and their sacred honor merely by signing a document to insure not so much their own freedom (for they realized the possibility that they would not even achieve such in their lifetime) but the risk was to establish greater freedom for all mankind. This was indeed a noble cause and they expected certain death if they did not succeed.

On the other hand, the Royalists were in support of a system that fosters tyranny and does not allow for the expansion of freedom for all. After the war they may have suffered loss for their misguided belief and unwillingness to support the government in power, but I do not believe they ran the risk of a state endorsed execution as did the Signers of the Declaration.

During the Revolutionary War people were divided fairly evenly into three different camps. Many people today seem to think the whole country rebelled toward the British, but only about one third supported the revolution. Then there was about a third who supported the Crown and did not want change. The final third did not seem to care and were non committal.

One thing we do know for sure is that after the War the new government did not punish two-thirds of the population with prison and death for not supporting the Revolution – though there may have been abuses as you noted.

From what our history records it was not the small farmer who lost land after the war, but the very rich and powerful Aristocrats who had large land grants given to them by the crown. These were seized after the war for the new government felt they were unjustly obtained and the perpetuity of such wealth in the hands of an enemy would threaten the existence of the newly acquired freedoms. Therefore some of the larger lands were seized and redistributed to the masses.

As I understand it, all but a few who posed a threat to national security were allowed to stay and live in peace but I am open to the possibility this was not universally true.

I would guess, however, that there were abuses as there always are in war, not only from the government, but from people who lost family who carried a grievance toward those who supported the crown.

It is interesting that in the beginning of this country we had a somewhat communistic redistribution of the wealth. Fortunately, we did wind up with an ownership of land – so that was an important difference.

At the end of any war you will have many among the defeated who continue to support their cause, even when their cause was not just. For instance, even after the fall of NAZI Germany there were literally millions who continued, for a time, to support the NAZI cause, and thousands would have risked their lives to re-establish the Reich.

The act of going forward with risk for a personal ideal and going to risk for the benefit of freedom for all mankind is vastly different.

In coming ages this trend will be reversed.

There is much more we could write about freedom and probably will at a future time, but for now we are approaching the time to move on to a new topic.

There is just one more item I would like to discuss. I had previously quoted the following scripture and few commented on it. The Master stated:

“Ye shall know the truth and the truth shall set you free.”

(1) Is he talking about a certain truth or truth in general?

(3) What is the relationship between freedom and truth?