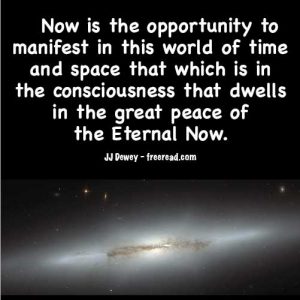 The Sabbath and Becoming

We have already spent considerable time studying the initiating One God (see The Molecular Relationship) and also the name which was given to Moses. The translation “I AM” is incorrect and misleading. In the Hebrew it reads: “I AM BECOMING.”

This is talked about a little in my book and quite extensively in previous posts.

I contend that it is important to discover the great lives who are our fairly immediate superiors for much of what is to be our destiny is in their hands.

Question: “Does keeping the Sabbath apply to all people or just to the children of Israel (Jews) or is the whole concept not applicable in today’s world? For instance Jesus broke the Sabbath and tried to show and explain that service, love and compassion for your brethren in certain circumstances was much more important than keeping the Sabbath.”

The principle behind the Sabbath is an eternal one and is always in effect. The ancient Hebrews and other peoples had to live by black and white rules which were a “schoolmaster” to the understanding of the “why” behind the rules.

This was why Jesus had such a clash with the religious rulers of his day. They were attempting a black and white obedience to law and Jesus sought to understand and incorporate the principle from which the law came.

Jesus enumerated the principle very well when he said:

“And he said unto them, The sabbath was made for man, and not man for the sabbath: Therefore the Son of man is Lord also of the sabbath.” Mark 2:27-28

Quite plainly here Jesus told his critics that they were in error concerning the Sabbath for man was not made to be subservient to it, but the Sabbath instead was made for the benefit of humanity. The sons of men are therefore to be masters of the use of the Sabbath – the Sabbath is not to be the master of us.

We all realize that the Sabbath is a period of rest and it is generally recognized that a period of rest now and then is a good idea, but the principle goes deeper than that. The Sabbath period is actually a prime ingredient in the creation process itself. This is, of course, where we were first introduced to the Sabbath for we are told that God created the world in six periods and rested on the seventh period.

Preceding the creative process is a period of rest or stillness where the work to do is contemplated. The creator is not taking any physical action, but instead is in deep contemplation thinking of the benefits of past work and the work yet to be done. Then the effective creator will go forward and work on that which has been decided upon and labor for a period approximately equal to six times the contemplation period.

This is where many visionaries fail. They go forth and work one of two times the contemplation period and quit because the vision has not yet materialized. Then they create a new vision and fail again.

“He who endures to the end will be saved” means that one must work through the six periods of creation to be delivered from failure.

A key to understanding here is that the first period of creation may be of a different time period than the second and the second different than the third, etc, but if one understands the six periods he will always materialize his heart’s desire. I hope to elaborate on these s ix periods soon.

After the six periods are over a creation will be completed. The creator must take another period of rest and contemplate the value of the completed work. Then he must examine his creation as did God in Genesis and declare the work to be “good” or not worth keeping and revise or start over.

Question: Was the assistance of the Lord of Saturn with the Jewish race due to the fact that the Jews were not progressing fast enough in this solar system?

The main reason for the stern relationship was because of their history before the creation of the present life, but some of it was from this age also. The work of Jehovah with the Hebrews was an experiment with several reasons behind it. One of them was to stimulate their consciousness in the hope that they would accept the higher teachings of Christ when he would come.

Unfortunately, the leaders were still struck in their past worship of rules and regulations when he came and rejected him, though some of the common people gathered around him. Now the hope is that the Jews will be ready for change when the “second coming” takes place.

Some of the Old Testament are revelations from Jehovah/Michael, some (such as Psalms) are from the prophets own souls and others (such as Ecclesiastics) are just good creative writing.

The stone tablets of Moses that were supposed to be written by the finger of God were really written by Moses himself. The reason the word was passed down that they were written by God is because Moses was in a translated, or God State of consciousness, when he wrote them. You will remember that when he came down from the mount that his face glowed like the sun.

Question: Some people believe that the earth’s Ancient of Day’s came from Venus. Is Venus a sacred planet like Saturn? Was our Ancient of Days the son aspect of the father/son relationship with the Lord of Venus?”

Yes, our logos did come here from Venus approximately 23 million years ago. He arrived her with one hundred and four associates, or Kumaras, and together they laid the foundations of Shamballa made of etheric matter in the Gobi desert with extensions in other locations. Now that much of the foundation work is done there is only a molecule of seven Kumaras that remain from the original.

These Kumaras did not come from the physical planet Venus but from a higher spiritual globe which occupies it’s same space.

Venus is indeed a sacred planet on the Fifth Ray of Knowledge and is more evolved than is the earth in the total scheme of things. In some ways the earth, however is male to Venus because it is in this round giving more to her than she is to us, but in terms of evolution Venus is more progressed.

Our Ancient of Days is more of a brother to the Logos of Venus and both are disciples of the Solar Logos.

Question: “What higher consciousness or awareness is there for God to become?”

As far as HAVAH and IAM vs. BECOMING, I have already written extensively on this. This was an interesting question:

I will answer that there is endless higher consciousness and awareness for God to Become.

Why does mankind assume that we have a no-growth stagnant God ruling the universe? When you think about it there is no reason to think so.

It is a scientific observation that the universe itself is expanding. If so, would not God’s consciousness expand with it? Would God not grow with a growing universe? Does God not change as the universe changes?

God Itself does indeed evolve and have and does “all things new” as is written in the scriptures.

The life of God experiences newness and evolves with the birth of each child, with the falling in love of each young couple and with the appearance of each new world. When the humble seeker reaches out to God, God reaches out to him and the two who become one and experience that which has never in all eternity been felt in exactly this way before.

The time will come, trillions of years hence when this universe will reach a relative perfection to a degree that even God cannot improve upon it. At that time, this cosmos will lay the foundation for a future one, and this future universe will take God and all the rest of us into an experience and newness that the highest Logos cannot at present imagine.