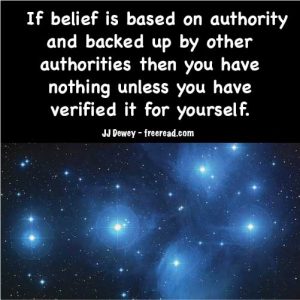 I received some comments on the Jehovah/Saturn connection so I thought I would make some more comments.

In Biblical times, before the days of telescopes the people believed there to be seven globes which belong to our system and they have associated with the days of the week from the beginning of recorded history.

I previously stated that the word “Saturday” comes from DIES SATURNI the Latin phrase meaning “Saturn’s Day.” It was pointed out that the Roman period that originated this phrase came long after the early Hebrews.

This is true, but it is also a fact that the Romans did not originate the idea of Saturn being connected with there seventh day.

Saturn has been connected with the seventh day or the Sabbath from great antiquity and the first hint of it is in the very opening letter of the first word of the first verse in the Bible.

From the Book of Formations used by Cabalists which is believed to be more ancient than the Bible we read:

“He enthroned letter Bet (b) for life & tied a crown & shaped Shabbatai (Hebrew for Saturn) in the world. first day of the year, right eye in the soul & promoted letter bet to be in fact a header”. (bible starts with the letter bet (“bereshit” – genesis).

“… & He (god) inspired the power of wisdom & formatted Shabbatai (Saturn)…& he is the one who gave the wisdom to Shabbatai Saturn).”

The Bible tells us that the Elohiym (the Gods) created the heaven and the earth and then the God Jehovah laid claim to the seventh day as his holy day which should be honored.

Now the interesting thing is that not only does our current seventh day of “Saturday” come from the Roman DIES SATURNI meaning “Saturn’s Day.”, but the Hebrew word for “Sabbath” does also.

The Hebrew for Saturn is Shabbatai

The Hebrew for Sabbath, Jehovah’s day, is Shabbat

Since the vowels are not in the original the words are virtually identical.

Therefore, calling Jehovah the Lord of the Sabbath is the same as calling him the Lord of Saturn.

Saturn was considered the seventh planet by the Hebrews and other ancients who counted the Sun and Moon (or Earth) as planets as well as Mars, Mercury, Jupiter, Venus and Saturn. Of course most were not aware of the outer planets which are only visible through modern telescopes.

In the tabernacle of Moses was a lampstand called a menorah which held seven lighted candles. These are mentioned several times in the Bible

“And thou shalt make the seven lamps thereof: and they shall light the lamps thereof, that they may give light over against it.” Exodus25:37

“And said unto me, What seest thou? And I said, I have looked, and behold a candlestick all of gold, with a bowl upon the top of it, and his seven lamps thereon.” Zech 4:2

Now the interesting thing is that the famous Jewish historian, Josephus, who had available many ancient manuscripts that are now lost, tells us that each lamp represented a planet and the seventh candle was symbolic to the Jews of the planet Saturn as well as the seventh day.

The fascinating thing about Saturn is that it was a fairly faint object to the eyes of the ancients yet it was often considered the King of the Gods and associated with not only Jehovah, but Shiva, Brahma, Rudra, Kronos and other Gods.

According to ancient legends among the Egyptians, Babylonians and Chinese, and researched by Velikovsky, there was a good reason for such a prominent consideration of Saturn.

According to legend there was a time that Saturn was in a different orbit than at present and was very close to the orbit of the earth. It loomed so large in the sky that its light eclipsed all other stars and planets making it and its moons (and our moon) the only visible objects in the night sky. It is interesting to note that some legends state that nine moons were visible along with Saturn and that is the number of moons that Saturn has today that are easily visible through earth telescopes, but were not supposed to be known to the ancients.

The Egyptians talked about a large Boat of the Gods in the sky and saw Saturn as the “Eye of Ra” in the midst of the boat.

Is it possible that Saturn with its nine visible moons created an image that reminded the Egyptians of a Large boat and Saturn in the center was like a large eye to them?

The first astral deity of the Greeks was Ouranos who was dethroned by Kronos (who is Saturn). Now Ouranos is the Greek word for “heaven” which is associated with Saturn. Think of it. If Saturn filled up the night Sky with its light so no stars were visible the primitive people would begin to think that Saturn itself is heaven. Therefore when the Bible talks of God or our Father in Ouranos (heaven) it could literally be referring to “Jehovah who is in Saturn.”

The Bible talks of waters which are above “heaven.” Gen 1:7-8 If ancient Saturn was heaven and thought to be a boat then what were the waters above Saturn?

Is it possible that the people thought the rings of Saturn were made of water and these were seen as the waters “above heaven.”

Some believe that ending of the interplay of Saturn and earth created the great flood and the sign of the first rainbow given to Noah only became visible after Saturn returned to its current orbit. There is no mention of the rainbow before the flood indicating that heavenly and atmospheric conditions made a rainbow impossible.

In ancient writings Noah was considered one with Saturn and in Chaldean scrolls Abraham is called Zeru-an, or Zerb-an – meaning one very rich in gold and silver, and a mighty prince. Zeru-an was one of the names of Saturn in the ancient writings.

The Jehovah/Saturn connection is amplified with this scripture:

“Then went up Moses, and Aaron, Nadab, and Abihu, and seventy of the elders of Israel: And they saw the God of Israel: and there was under his feet as it were a paved work of a sapphire stone, and as it were the body of heaven in his clearness. “Exodus24:9-10

Sapphire means “dear to the planet Saturn,” and is from the Sanskrit Sani for “Saturn,” and priya meaning “dear.”

And what is the body of heaven? Heaven does not have an observable body, but the planet Saturn does.

Notice that the Sanskrit word for Saturn is Sani which is very close to the wording of the sacred mountain of Jehovah.

If this is so we have Moses ascending the Mountain of Saturn to commune with the Lord of Saturn standing on a paved work of Saturn stones.

On top of all this, the Star of David, sometimes called the seal of Solomon, was a symbol representing Saturn used by ancient mystics.

Is it any wonder that, Tacitus, the Roman historian near the time of Christ, records the Jews as worshipping the planet Saturn (Shabbatai) as their god.

The ancients interpreted the position and movement of both planetary bodies Shabbatai (Saturn) and Tzedeq (Hebrew for Jupiter meaning “righteousness”) as a sign of imminent Messianic redemption.”.

There was a series of Jupiter Saturn conjunctions between 7-6 BC, the most probably time for the birth of Jesus. Many think this produces the “star” that guided the Magi, the astrologers from the East.

Where Saturn is connected with Karma, discipline and punishment, Jupiter is associated with righteousness, the Sun (and Son) and the Love of God, or the Christ himself.