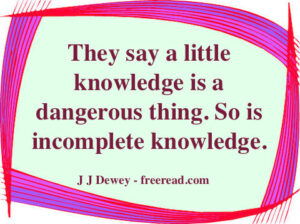 Question: If Jesus overshadowed John Paul 1, then how come He didn’t foresee that he would be poisoned?

JJ: Several things. The Christ was working through Jesus and he was more highly evolved than him. The Master Jesus, not the Christ worked with John Paul I.

That said it is quite possible that John Paul I was warned and aware of a plot, but did not take it seriously enough or did not understand the nature of the warning. It was probably difficult for him to believe that he could be killed by his friends. Even if a disciple is overshadowed by a Master, he still is the decision maker for the body.

Here’s another possibility. DK predicted around 1980 as the target date and he took office a little over a year early. It is possible that a complete merging was not planned until John Paul I was in office for a year or so.

Question: If another attempt is made won’t he be killed in some other way by the dark forces?

JJ: If the Hierarchy makes another attempt to lead the Catholic Church you can rest assured that the Dark Brotherhood will try and destroy him. There is a risk with every mission for a representative of light. Some succeed and others do not. They tried to kill Abraham Lincoln a dozen times or so before they finally got him. Fortunately, he completed most of his mission before his death.

If Christ comes through an overshadowing or divine possession it is possible he has an alternative vessel if something happens to the appointed one. If he comes in a body of his own they will not be able to kill him.

There seems to be a lot of prophesies of the last Pope.

Perhaps the most famous prophecy comes from St. Malachy, an Irish Bishop who was supposed to have received a vision of all the Popes until judgement day. At his death in 1148 A.D. was discovered to have left behind a prophetic list of all future popes beginning with Pope Celestine II, whose papacy began in 1143 A.D.

St. Malachy gave a short description of the next 112 Popes. Apparently only two Popes remain.

(Note: This was written in 2005 just after the death of John Paul II. Since then we have had two  additional popes – Benedict and Francis)

An expert recently appeared on George Noory’s show on Coast to Coast and stated that after intense study he has concluded that Malachy’s description of all the popes to date has an accuracy rate of about 80%. He stated that he has studied many prophets and that this is the highest success rate he has found.

You might recall that I have stated that a 50% success rate indicates some inspiration is involved.

Here are his predictions of the next two popes taken from a Newsmax article:

The Next Pope: The 111th prophecy is “Gloria Olivae” (The Glory of the Olive). The meaning of the olive is unclear. The Order of Saint Benedict – not St. Malachy – has claimed that this pope will come from its ranks and Saint Benedict himself prophesied that before the end of the world his Order, known also as the Olivetans, will triumphantly lead the Catholic Church in its final fight against evil.

The Last Pope: The 112th prophecy says, “In the final persecution of the Holy Roman Church there will reign Petrus Romanus (Peter the Roman), who will feed his flock amid many tribulations; after which the seven-hilled city will be destroyed and the dreadful Judge will judge the people.

It is interesting that the word “olive” is often associated with a darker skinned person, such as a Latin American. There is a lot of talk in circulation that because the Catholic population has increased so much in South and Central America that the new Pope will be selected from there.

Odds makers are giving Dionigi Tettamanzi of Italy the highest odds with Francis Arinze of Nigeria coming in second. But third in this group is Oscar Rodriguez Maradiaga from the Honduras and fourth is Claudio Hummes from Brazil.

(Note: It turned out none were c orrect. Instead it was Joseph Aloisius Ratzinger who became Pope Benedict)

Another possibility is that this next pope will see many of the predictions that Jesus made on the Mount of Olives come true.

Note that he doesn’t say that Peter the Roman will be the last Pope. He is only last in this group.

Question: How can you know that John Paul 1 has anything to do with Jesus…..? Seems a bit strange you would claim something like this.

JJ: DK, who is an earned authority with me, made a prediction that Jesus would head the church at Rome around 1980.

As the Keys were discussing some of his teachings I was contemplating why this prediction did not come to pass. Suddenly I received the strong impression that the attempt was made, but temporarily failed.

Such impressions come from the Oneness Principle and I have found them to be very reliable.

Members are always encouraged to check with their own souls concerning anything I (or anyone else) says.

Reader Comment: ..and millions upon millions will recognize him… along with the rest of what JJ wrote yesterday could certainly be applied to Pope John Paul as brought out by his passing. Here in Spain, the crowds are incredible in reference to his leadership and being the Pope in their honoring of him. Churches are incredibly crowded and all tv stations are showing nothing else.

JJ: She was commenting on our explanation on Revelation that one who opens the seven seals will be recognized by many millions. Does this mean that the Pope has opened the seven seals since his death has drawn so much attention?

Not quite. When a famous person dies such as a pope, a president, a queen, a movie star etc. millions of people will pay their respects. And why are they doing this?

Because the person is a pope, a president, a queen or a movie star.

There is a big difference between one who draws attention because of opening the seals when compared to the attention garnered by fame or position alone.

The impact the person who opens the seals makes will continue after his death and his fame will often increase and his words will be quoted because he speaks eternal words.

How many kings, presidents and popes do we quote or even remember 100 years after they are gone? Not many. He who has opened the seals will be remembered and his influence will be strong for centuries, sometime millennia. This  can refer to a group effort as well as an individual one.

That said let me give you my opinion of Pope John Paul II. I think that John Paul I would have been remembered for generations had he lived. After he died, I think we were lucky to get as good of a pope as we did in JPII. I do not think he was of the caliber as the pope he replaced, but he was above average. I think he will be seen by historians on par with Pope John the 23rd.

On the positive side he was true to his principles and defended the moral principles of the Catholic Church.

His biggest accomplishment is that he helped to bring down the Soviet empire by supporting the solidarity movement in Poland. He approved money and printed materials as well as moral support to the enemies of communism.

He forgave the man who shot him setting a great example of forgiveness. This assassin now respects the Pope and expressed a desire to attend his funeral.

On the negative side JPII had the opportunities to make many reforms and did not do them.

He did little to make corrections in the problem of molestation before and after they became public. The Vatican ignored this problem for some time even after it hit the press.

The earth has been filled with people as commanded in Genesis so it is time to allow for birth control.

He rarely spoke out against tyrants, but did condemn the United States every time we fought against them.

John Paul I was cleaning house in the Vatican when he mysteriously died. John Paul II returned to the status quo.

I think he gave very boring speeches, as most religious leaders do. I hope the next pope can say a few words that are stimulating for those who are not enamored with his position.

May he rest in peace.