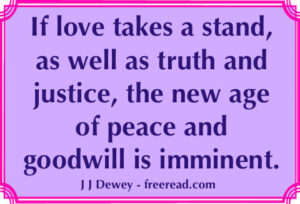 The Mysterious Death of John Paul I

Since the group is showing such great interest in the death of Pope John Paul II (on April 2, 2005) I thought I would post several comments about the mysterious death of the previous Pope.

You may remember it stated in “The Immortal” that all the plans of the Masters are not executed flawlessly, that they have their problems in their sphere of activity as we have in ours.

You might also recall my past teaching to you about the fact that many disciples who have been sent and were in place to do important missions have been distracted or frustrated by one means or another. Then there are some who have identified too strongly with the ego and have been basically rendered neutral to the work of light.

Another thing that was not considered strongly enough by the Brotherhood was the tremendous power of thought from the Dark Brothers put into the resistance of the changes to come. This great power of thought places currents in operation which generates a backward pull on all disciples and masters which may be in incarnation. Figuratively this makes it seem to the workers of light that they are walking in thick honey when they attempt to move forward. Then when the disciple gives up on his mission and yields to the line of least resistance things seem to go so smoothly that it may seem to him that this is the path God wants him to walk.

Only the disciples who have made irrevocable decisions toward the light can be of service at this crucial point of tension between the two ages.

Earlier I made mention of this prediction by Djwahl Khul: “The Master Jesus will take a physical vehicle, and with certain of His chelas effect a re-spiritualisation of the Catholic churches, breaking down the barrier separating the Episcopal and Greek churches from the Roman.  This may be looked for, should plans progress as hoped, about the year 1980.” TCF, Page 759 (Written in the 1920s)

He came again in the person of Pope John Paul I, which I believe was not a direct incarnation but an overshadowing.

Unfortunately, the great sacrifice He made to attain this position was temporarily neutralized because He was assassinated Sept 28, 1978 by poisoning after only 33 days in office.

The fact that He was in office 33 days which corresponds to the 33 years in the life of Jesus of Nazareth is far from the only correspondence.

His given name was Albino Luciani which means “white light.” It is interesting that while I was contemplating the symbol of L U X (light) of Lucis (light) Trust that the person of Luciani (light) came to my mind.

After John Paul I was killed he was replaced by Karol Joseph Wojtyla who became John Paul II. Ironically this replacement pope was born during a solar eclipse.

This is symbolic of his reign during an eclipse of a true son of God through the death of Luciani.

How did John Paul II add power to war, since he is seen by many as a man of peace?

It was not a physical war that he added fuel to the fire, but a great spiritual war. Representatives of the Dark Brothers made war against Albino Luciani and others who stood by his side and the new Pope, Karol Joseph Wojtyla, gave power to the workers of darkness to halt the progress toward the light in its tracks and return to business as usual in the church.

Glenys (resourceful girl she is) found one of the best quotes on the internet about him. I will quote it below:

If the answer is in line with the thoughts on the papacy already expressed, then given my thoughts about John Paul II, the man we’re searching for can only be John Paul I.

If one reads the conspiracy theories about the death of John Paul one gets an idea that he was determined to make radical chances.

Here is a quote from:

“Once elected, however, the new Pope began to display the brilliant mind and charisma that had been concealed behind his former reticent reserve. Not awed in the least by his exalted station, John Paul I immediately threw himself into an all-out effort to revolutionize the Papacy, to return it to its spiritual origins. At his coronation, he refused to be carried on the papal sedan and to wear the jewel-encrusted tiara. He refused to follow the scripts prepared for him by the Curia at his audiences and press conferences. Totally exasperated by the new Pontiff’s unexpected independence, the Curia actually began to censor the Pope’s remarks from the Vatican’s daily newspaper, particularly when he began to express his positive views on contraception.

While Albino Luciani proved to be an irritant to the Curia in many ways, he made himself its absolute nemesis when he delved into the Vatican Bank’s dealings, which dated back to the reign of his predecessor.”

“With his bright intelligence and naive fearlessness, John Paul I penetrated to the heart of this maze of corruption within weeks of his coronation. On the evening of September 28, 1978, he called Cardinal Villot, the leader of the powerful Curia, to his private study to discuss certain changes that the Pope proposed to make public the next day. [It has been reported that John Paul was also considering the release of the famous “Third Secret of Fatima,” which was supposed to have been given to the public in 1960.] Among those whose “resignations” would be accepted by the Pontiff the following day were the head of the Vatican Bank, and several members of the Curia who were implicated in the activities of Sindona and P2, and Villot himself. Moreover, Villot was told that John Paul I would also announce plans for a meeting on October 24 with an American delegation to discuss a reconsideration of the Church’s position on birth control.

When Pope John Paul I retired to his bedroom on the evening of September 28, clutching the paperwork that would expose the Vatican’s financial dealings with the Mafia and purge the Curia of those responsible, a number of very ruthless individuals had a great interest in seeing to it that he would never awaken to issue these directives.

When the Pope’s housekeeper knocked at his door at 4:30 a.m., she heard no response. Leaving a cup of coffee, she returned fifteen minutes later to find the Pope still not stirring. She entered the bed chamber and gasped when she saw the Pope propped up in bed, still holding papers from the night before, his face contorted in a grimace. On the night table beside him lay an opened bottle of Effortil, a medication for his low blood pressure. The housekeeper immediately notified Cardinal Villot, whose first response to the news was to summon the papal morticians even before verifying the death himself or calling the Vatican physician to examine the body. Villot arrived in the Pope’s room at 5:00 a.m. and gathered the crucial papers, the Effortil bottle, and several personal items which were soiled with vomit. None of these articles were ever seen again.

Although the Vatican claimed that its house physician had determined myocardial infarction as the cause of death, to this day no death certificate for Pope John Paul I has been made public. Although Italian law requires a waiting period of at least 24 hours before a body may be embalmed, Cardinal Villot had the body of Albino Luciani prepared for within 12 hours of his death. Although the Vatican refused to allow an autopsy on the basis of an alleged prohibition against it in canon law, the Italian press verified that an autopsy had in fact been performed on one of the Pope’s predecessors, Pius VIII. Although the conventional procedure for embalming a body requires that the blood first be drained and certain internal organs removed, neither blood nor tissue was removed from the corpse; hence, none was available to assay for the presence of poison.”

John Paul I was reputedly to be a deeply spiritual man and although I know of no plans to break down religious barriers, it follows that it would have been on the agenda given his other activities during his very short reign.

JJ: Actually, according to sources I read he did have plans to break down religious barriers and take steps to unite with the Greek Orthodox Church.

He died in Sept 1978 so it is too bad he did not live to 1980, the year of prediction by DK, for his reforms would have certainly have had a great impact by this time and perhaps the coming of Christ would be nearer to us than it now is.

This is only a temporary failure and it is quite possible another attempt may be made by the Master Jesus in another generation.

We will recognize him when he comes for one of his first acts as Pope could be to exhume the body of Albino Luciani and have it tested for poisoning, thus exposing the works of darkness during his past incarnation.

“The only function of economic forecasting is to make astrology look respectable.” John Kenneth Galbraith (1908 – )