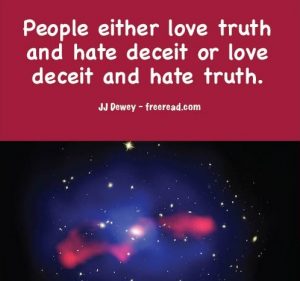 The Moon and Deception

A reader mentioned an account he read saying that the moon rocks are no different than some found in Antarctica.

I would doubt this since all rocks on the earth have water in them and moon rocks have virtually none. In addition, moon rocks are composed of “iron, titanium, chromium, and others that resist high temperatures, high pressure and corrosion. It is an alloy unknown on earth.”

The Soviets also retrieved moon rocks with an unmanned mission and their rocks were very similar to ours in composition.

I have no problem with the lack of stars in the photos for the surface of the moon is very bright and adjusting the aperture for that brightness would have dimmed the stars away. The astronauts were only on the moon in the brightness of the lunar day.

The astronauts took over 1100 photos that have been made available. As critics pour over this great number they are bound to find some oddities.

I’ll tell you this. If I were to arrange a fake lunar landing I wouldn’t repeat it six times (yesterday I mistakenly said five) with one disaster (Apollo 13) for theatrics. I also wouldn’t produce 1100 photos that could be used as evidence to expose me. I’d maybe release 6-12 to the public and be darned sure there was nothing odd in them. I’d also only fake the thing one time. Seven attempts would just insure that I would get caught.

Like they say a secret held by three or more people is no longer a secret. NASA made seven moon attempts with a couple dozen astronauts and hundreds of accused conspirators that had to be controlled. It’s literally impossible that no one is talking – if it were a hoax.

Here’s a couple other items that would be difficult to fake.

Before the manned mission NASA sent several unmanned missions, one of them was Surveyor 3. Apollo 12 landed within 600 feet of this craft and pulled out the camera and several other items and returned them to earth for study. The scientists who studied this definitely saw that it was the real thing because of bombardment with cosmic rays and micrometeorites over the three years it was there.

The astronauts placed laser reflectors on the moon. Lasers were then sent from the earth to the moon and bounced back and observed by observatories. How did this happen if men did not go to the moon and place them there?

Perhaps the most powerful evidence is that three Apollo missions placed seismometers on the moon in three different locations. Several times the Lunar Module was sent back to crash on the moon after the astronauts were headed home. The crash created an explosion equal to 2,000 pounds of TNT and produced a moonquake. Moonquakes were recorded by all three seismometers and the data as received by scientists here on the earth.

I’ve never seen the conspiracy people explain how three different landings placed three different seismometers on the moon in three locations which have been verified, yet all this was done in a studio? Also, how did they make the moon quake from a studio?

I’ll just be glad when we go back to the moon and take pictures of the flags and footprints that we planted there. This is one matter that will eventually be put to rest – which brings me to a final point.

If I were so inclined to fake a moon landing I would be very reluctant to do it even if I was very devious. Why? Because someday we would really go to the moon and prove to history that I was a fake. Would I really want to go down in history as the perpetrator of the biggest fraud in history? Not many would want that legacy.

I’m glad the group is having fun with the question as to whether God will lie or use lies for certain ends.

Actually, I included those verses from the Bible to stimulate thought more than an attempt to prove that God uses lies. It never occurs to most standard Bible believers that God actually used lying to achieve certain ends.

When it says “Now therefore the Lord hath put a lying spirit in the mouth of these thy prophets.” (2 Chron. 18:22) we have a pretty clear statement. The from the New Testament: “God shall send them strong delusion, that they should believe a lie…” (2 Thes. 2:11) is also a pretty clear statement. The enlightened reader, however, does not interpret the Bible in black and white, but by seeing underlying principles.

As most of you realize God is not some old man with a beard sitting on a throne, but is the One Great Life whose body is the universe, of which we are less than atoms in that body. This totality of life does not speak directly to the individual but instead It’s Purpose and Being are filtered down through the Hierarchy of beings until they reach humanity. Humans are not perfect, neither are the godlike beings who communicate higher purpose to us.

Even so, the Brotherhood of Light does not deceive or directly lie. Instead, if an individual or group has their heart set on a path that can only be trod through deception, the Masters will allow the person or group to proceed along this path so a lesson can be learned.

When a Brother of Light is asked a question his answer will be literally true as far as the communication of language is possible.

But he may deem it wise to not fully answer the question, thus leaving the filling in of gaps to the disciple. If the disciple is not pure of heart then he may take the truth revealed to him and fill in the gaps with illusion and thus move on a path of deception through his own frailties and not because of a lie told by the master.

The 400 prophets of Ahab received a lie because they desired a lie and the story is in the form of a parable to explain what happened to them. Micaiah, the true prophet, saw beyond the lie because he did not fear what man can do and though the Spirit within, that never faileth, he perceived the truth.

When it says that “God shall send them strong delusion, that they should believe a lie…” we are not told that God, or a Master will lie, but that because many desire to receive a lie rather than the truth that God will merely allow this to happen and events will occur so a false belief system will appear to be true.

In other words, the scriptures are saying something like this:

“If you ignore the truth and want that which is deception more than you want truth then you shall live in a world which is upside down where that which is false shall appear to be true. This shall be your fate until you sincerely desire the truth no matter where it shall lead you.”

The truth behind truth is this. The more light the disciple acquires and the further he progresses along the path the more truthful he will be and the more reliable will be his words. If the disciple is to ascend up the Hierarchy his words must be trusted so those who rely upon him he can trusted in that which has been said and promised.

The tactic of the Dark Brotherhood is different. They control, not through trust, but through power over their underlings. The disciple of light follows because of trust. The dark one because of fear of punishment or power.

A dream is nothing more than uncontrolled four-dimensional thinking, or the rearrangement of both past and future sensory impressions. Neville