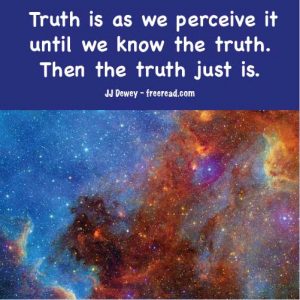 Looks like another prediction of Benjamin Crème has fallen by the wayside. According to him the Masters were putting their support behind Dennis Kucinich and he received a whopping 1% of the vote in Iowa. Kucinich himself said that if he received less than 15% he would drop out.

Créme also said that Saddam was dead and still maintained he was right even after he was captured. He claimed that we caught a double instead. It would be unlikely though that the double would have a suitcase full of money, a notebook full of plans and high level names and the same DNA as Saddam.

It has always been one of the signs of a true teacher that he will not give wild-eyed prophesies that do not come true. It is also a sign of enlightened seekers that they will hold teachers accountable for predictions and statements that prove to be full of error. So many times has a guru lead his flock to the mountain to meet the Lord, a UFO or the end of the world and nothing has happened. Still the followers do not question and yet believe the “revised plan” of the leader.

I think a group finally exists that knows better. It is this group here on the Keys.

Let me say this about the history of mankind, the earth and the universe. No one has given the whole story out accurately, not even DK. DK, for instance, teaches our history within the framework of cycles and correspondences and hides much of the story within them. Other teachers have pieces to the puzzle, but have taken those pieces and mixed them with conjecture, imagination and astral revelation.

I will be writing about several additional pieces, but not all. Others will come after me giving more still. These sparks of truth will fly in the midst of a downpour of misinformation, but the wise will always see the light in the midst of darkness.

Many thanks to those of you who commented on the Philadelphia Experiment. Those of you who did some research came away feeling that all was not what was claimed by the advocates of it being a supernatural experience.

A reader made an excellent logical observation:

“I did really want this to be true but after taking all the facts into consideration I just can’t. Mostly because if it did happen then it is human nature to persevere and we would try it again and again until we got it right regardless of the loss endured.”

Yes, if such technology was developed then you just can’t put the genie back into the bottle. The technology of time/dimensional travel would now be far along and could not be completely covered up.

First we looked into the reality behind the Philadelphia Experiment and now we are taking a look at the controversy behind the moon shot. As many of you know, there is a large percentage of the population who believe we did not land on the moon.

Conspiracy theorists who have looked for clues have published so many that Fox even did a special on the idea.

The claim is that NASA just couldn’t reach the moon landing goal set by John Kennedy and decided to fake it by filming the whole thing Hollywood style in a studio.

Dozens of clues are given as to why the moon landing was a hoax. In the interest of time I will name just two.

(1) When the astronauts are assembling the American flag, the flag waves. This must have been from an errant breeze on the set. A flag wouldn’t wave in a vacuum.

Answer: “Of course a flag can wave in a vacuum. In the shot of the astronaut and the flag, the astronaut is rotating the pole on which the flag is mounted, trying to get it to stay up. The flag is mounted on one side on the pole, and along the top by another pole that sticks out to the side. In a vacuum or not, when you whip around the vertical pole, the flag will ‘wave’, since it is attached at the top. The top will move first, then the cloth will follow along in a wave that moves down. This isn’t air that is moving the flag, it’s the cloth itself.”

(2) There are a lack of stars in the pictures taken by the Apollo astronauts from the surface of the Moon. Without air, the sky is black, so where are the stars?

“So why aren’t they in the Apollo pictures? Pretend for a moment you are an astronaut on the surface of the Moon. You want to take a picture of your fellow space traveler. The Sun is low off the horizon, since all the lunar landings were done at local morning. How do you set your camera? The lunar landscape is brightly lit by the Sun, of course, and your friend is wearing a white spacesuit also brilliantly lit by the Sun. To take a picture of a bright object with a bright background, you need to set the exposure time to be fast, and close down the aperture setting too; that’s like the pupil in your eye constricting to let less light in when you walk outside on a sunny day.

“So the picture you take is set for bright objects. Stars are faint objects! In the fast exposure, they simply do not have time to register on the film. It has nothing to do with the sky being black or the lack of air, it’s just a matter of exposure time. If you were to go outside here on Earth on the darkest night imaginable and take a picture with the exact same camera settings the astronauts used, you won’t see any stars!”

As I have gone down the list of proofs of conspiracy I have found a logical answer given to each one.

There are many pieces of information proving the moon landing which is ignored by the hoax believers. Here are a few:

If you watch the film of the moon rover, “you will see dust thrown up by the wheels of the rover. The dust goes up in a perfect parabolic arc and falls back down to the surface. Again, the Moon isn’t the Earth! If this were filmed on the Earth, which has air, the dust would have billowed up around the wheel and floated over the surface. This clearly does not happen in the video clips; the dust goes up and right back down. It’s actually a beautiful demonstration of ballistic flight in a vacuum. Had NASA faked this shot, they would have had to have a whole set (which would have been very large) with all the air removed. We don’t have this technology today!”

“Moon rocks are absolutely unique,” says Dr. David McKay, Chief Scientist for Planetary Science and Exploration at NASA’s Johnson Space Center (JSC). McKay is a member of the group that oversees the Lunar Sample Laboratory Facility at JSC where most of the Moon rocks are stored. “They differ from Earth rocks in many respects,” he added.

“For example,” explains Dr. Marc Norman, a lunar geologist at the University of Tasmania, “lunar samples have almost no water trapped in their crystal structure, and common substances such as clay minerals that are ubiquitous on Earth are totally absent in Moon rocks.”

“We’ve found particles of fresh glass in Moon rocks that were produced by explosive volcanic activity and by meteorite impacts over 3 billion years ago,” added Norman. “The presence of water on Earth rapidly breaks down such volcanic glass in only a few million years. These rocks must have come from the Moon!”

Fortunately not all of the evidence needs a degree in chemistry or geology to appreciate. An average person holding a Moon rock in his or her hand can plainly see that the specimen came from another world.

“Apollo moon rocks are peppered with tiny craters from meteoroid impacts,” explains McKay. This could only happen to rocks from a planet with little or no atmosphere… like the Moon.

Meteoroids are nearly-microscopic specks of comet dust that fly through space at speeds often exceeding 50,000 mph — ten times faster than a speeding bullet. They pack a considerable punch, but they’re also extremely fragile. Meteoroids that strike Earth’s atmosphere disintegrate in the rarefied air above our stratosphere. (Every now and then on a dark night you can see one — they’re called meteors.) But the Moon doesn’t have an atmosphere to protect it. The tiny space bullets can plow directly into Moon rocks, forming miniature and unmistakable craters.

“There are plenty of museums, including the Smithsonian and others, where members of the public can touch and examine rocks from the Moon,” says McKay. “You can see the little meteoroid craters for yourself.”

Just as meteoroids constantly bombard the Moon so do cosmic rays, and they leave their fingerprints on Moon rocks, too. “There are isotopes in Moon rocks, isotopes we don’t normally find on Earth, that were created by nuclear reactions with the highest-energy cosmic rays,” says McKay. Earth is spared from such radiation by our protective atmosphere and magnetosphere.

Even if scientists wanted to make something like a Moon rock by, say, bombarding an Earth rock with high energy atomic nuclei, they couldn’t. Earth’s most powerful particle accelerators can’t energize particles to match the most potent cosmic rays, which are themselves accelerated in supernova blastwaves and in the violent cores of galaxies.

Indeed, says McKay, faking a Moon rock well enough to hoodwink an international army of scientists might be more difficult than the Manhattan Project. “It would be easier to just go to the Moon and get one,” he quipped.

(3) If the moon landing was planned as a hoax they wouldn’t have repeated it five times. It’s remotely possible they could have fooled the world one time, but attempting to do it five times would have been insane.

(4) If the moon landing were filmed in a studio then why would they have faked the disaster of Apollo 13? This would have been a daring move unprecedented by any government workers.

We could explore another conspiracy. There are several connected with 9/11. Some conspiracies have a thread of truth but many are based on much false information and illogical conclusions.

The habit of seeing only that which our senses permit renders us totally blind to what, otherwise, we could see. To cultivate the faculty of seeing the invisible, we should often deliberately disentangle our minds from the evidence of the senses and focus our attention on an invisible state, mentally feeling it and sensing it until it has all the distinctness of reality. Neville