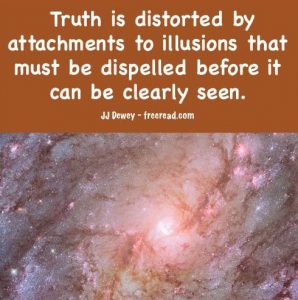 Leadership in a new company operates on the same principle as that in an established company. The leaders are all selected by popular vote and after the first round is selected the hierarchy is subject to rearrangement at any time.

New employees always start at ground level, never on the managerial except in the creation of a new company. Even if they have had supervisory experience in the past, they will have to prove themselves anew in the Molecular Business. Others, of course, who have training in special skills such as engineering, architecture, law or some other specialty will not start out as a production worker. That would be counterproductive. A person with expertise should be able to start immediately using that skill. It is the positions of leadership that must be earned through the approval of peers. An occupational skill can usually be successfully taught, but leadership is something that must be demonstrated in the field to be believed.

All employees, including those on the ground level, should have a voice in the selection of their working partners. Even so, the manager will do the interviewing and leg work involved., but before the final hiring the group will have a discussion and then a vote on the candidates..

When there is a job vacancy in any work group, notice will be given to all workers in the group that there is an opening, and if they know of anyone they would enjoy working with they may put his name in for consideration. The manager may also put names forward. If they are satisfied that they have enough names to consider they need look no farther. If they lack names the manager will make available to them recent applications that have been made. They will look over these to select the remainder of the people they wish to interview.

One item that is suggested here is that the Company employ a qualified handwriting analyst and include his comments on the qualifications of the applicant with his application form. Having studied handwriting analysis for 25 years I am well aware of the value of this tool. A good analyst can discover qualities about a person in minutes that may take five years for a business, or even friends, to know.

When the working group has what they consider to be a sufficient number of names for consideration, they will, as a group, review the details of each application and will interview each applicant. In the job hunter’s absence, the group will then vote. The same majority rule applies as described in the previous voting procedure.

If the manager does not hire, fire, make everyone nervous and scare the hell out of his employees, then what does he do? The answer is quite simple…

He might also be called a coordinator. The manager in the Molecular Business is the true servant.

He does not have final power to fire, but everyone recognizes that it is part of his job to see that everyone is performing as they should be. If not, he can call a meeting of the group any time and recommend some disciplinary action for a laggard. If he is a good manager he will have the support of the majority of the group and will be able to fire an employee who deserves it.

The same principle goes for hiring. If the manager has the respect of the group, he will have an earned authority and will find the workers will often support his suggestions.

In all other areas not specifically limited by this Molecular Business Principles, the manager has much more latitude and authority than one will in an orthodox business. In the regular business, he actually has little authority to apply creative ideas to his job because they are always checked by someone above him. In the Molecular Business he has complete authority to go ahead and initiate whatever, to him, seems to work as long as it does not interfere with the plans of the manager above him.

Anyone in the working group can make suggestions, voice disagreements and add his wisdom without fear of reprisal, but it is recognized that the manager’s main job is to be a leader and to show the way to greater productivity.

In fact, this is why a manager is elected: simply because his peers recognize him as the definite leader of the group. Thus the group will have a natural inclination to follow him.

The manager has power to make decisions for the group and set goals without asking anyone’s permission. Before making any major decision, however, he will be expected to present the details to his group for their input. The manager’s power is always checked in the fact that, if he ignores the feelings and desires of the workers in his group, he will soon find himself challenged and replaced.

He has freedom to make decisions for the group, as a whole, but this power is also checked in the fact that if he makes bad decisions he will be challenged and replaced. The organization is set up so that the manager is literally forced to take the attitude of a servant, rather than one who must be served.

The manager is also a teacher. He will teach the whole group ideas and concepts he sees as pertinent to their success. He will either teach new employees their job or see that someone else does. He will also be a coordinator for his group where personality problems are concerned, and will help them find solutions so his group can function harmoniously.

After all comment and discussion has been made on a difficult decision, the manager’s decision is the final one. This is the end to which he was elected. If his decision is of poor quality then he can be voted out. Otherwise, as long as he is still the manager, the employees are under an obligation to support and follow his decision.

This pattern somewhat follows that of representative government outlined in the Constitution of the United States. Legislators are elected to represent us. In the Molecular Business this same pattern is found. Managers are elected, then they represent the group. The group gives input, but the managers have power to make the final decision as to work goals and procedures similar to the way they do now, but with less interference from above.

Nevertheless, the manager will find it extremely important to keep the goodwill of his employees and may ask for a vote of the workers on many items and make decisions based on majority vote. There are no black and white rules here. Rules cannot be made in advance for everything. Leaders in the various Molecular Businesses will solve their several problems as they come up.

The first-level manager, of course, has another manager over him. He has complete latitude over the implementation of his plans as long as they are in alignment with the manager above him. This is his only restriction. The lower must always harmonize with the direction of the higher until we come to the president of the Company where we will find a person with an army of workers under his unified direction. He will be a person who will have great employee support, not because of fear of his position, but because of earned and elected leadership.

The principles and powers we have discussed here that pertain to the first level manager apply to managers on all levels up to the President.

To summarize, the Molecular solution to incompetent management has many benefits:

(1) Intelligence will reach its own level quickly. Instead of losing brilliant people by shuffling them out or causing job burnout, the Molecular Business will draw them in and offer a consistently stimulating opportunity.
(2) Ground level workers will no longer feel like slaves. They will not be able to be fired according to the whim of the boss, and as long as they perform well, in the eyes of their fellow workers, they will have a job.
(3) The employee will always have the freedom to work for the benefit of the Company, not his boss.
(4) The worker will be able to participate in hiring co-workers so greater harmony is produced in the workplace.
(5) Incompetents are never locked into a position, but are placed back in areas where they are competent.
(6) This solution will stimulate much greater efficiency and productivity and greatly enhance the profitability of the Company.