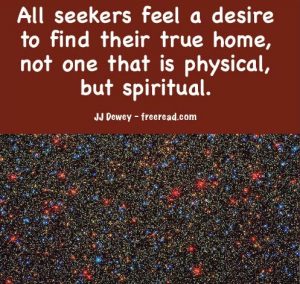 The Mighty Change of Heart

For those who wish to ask questions here are some suggested guidelines.

(1) Make the question(s) clear and brief. Some of you lately are asking a series of questions in one post that would take a book to cover thoroughly.

Make you question clear and concise. Sometimes it is difficult to know exactly what you want to know.

(2) Try and keep your question in alignment with the current topic of discussion. If you have questions about a subject not under discussion it may be best to wait until we arrive at that subject.

There are exceptions of course.

I was asked if others in the group are authorized to speak for me.

If anyone taps into my thought through the Oneness Principle and believes they can speak my mind it is fine with me if they try. If they are significantly wrong I will correct them.

On the other hand, a number of members have misinterpreted my words. One misinterpretation lately was about my teaching on meeting emotion with emotion. Some seemed to think that I was suggesting that if one person gets emotional in a negative way then we should too.

Nothing could be farther from the truth and if you will reread my post on the subject this should become clear.

My point was that if you are trying to reason through a subject that another feels very emotional about that we must not use reason alone in communicating with the person. We must show the person we understand by responding with some feeling ourselves. In this case I am talking about guiding feelings with the mind which hopefully is guided by Spirit. In such a case there is communication and resolution.

The guiding point of all communication, even when we are communicating on an emotional level, should be the highest we can perceive. Remember the source of our feelings are a vehicle, not our real selves.

I was asked for more clarification of the mighty change of heart spoken of in the scriptures that happens to one who has humbled himself through baptism unto the receiving of the Holy Spirit. In the Bible this is also called being “born again” or becoming a “new man in Christ.”

In the modern revelations from the Christ and His Hierarchy, or the Brotherhood of Light, this change of heart and the reception of the Holy Spirit leading newness of spiritual life is called the first initiation. Overall there are nine initiations, seven to be taken on this planet. The first is that which leads to the path of discipleship and is also called “the birth of Christ in the Heart.”

For many ages we identify with the lower self. First we think we are merely bodies. Later we discover we are feelings and identify with them. Then as we progress we learn to use mind and come to believe that we are our thoughts. Finally, we become frustrated as the emotions create illusion and the mind slays the real and we search for higher guidance. The time finally comes that either by ordinance or by a raise in consciousness that we release ourselves of guilt and yield ourselves by faith to the possibility that something higher flows through us.

The thing to keep in mind is this is the beginning of a new round of eternal progression and is far from an end point – as the religions seem to think.

There are levels of contact after the Spirit is sensed. It ranges from the almost indiscernible :”still Small Voice” to the baptism of fire.

The spiritual fire is given in various degrees to give a positive assurance that you are headed the right direction. Some have received this in connection to the teachings I have given out. This does not mean I am infallible, but it does mean that they are generally taking you toward Spirit and not matter.

I was asked to comment on the meaning of the “calling and election.”

This idea of “calling and election” is also mentioned in the Bible by Peter:

“Wherefore the rather, brethren, give diligence to make your calling and election sure: for if ye do these things, ye shall never fall.” II Peter 1:10

Regular Christianity usually interprets this with the idea that when you have totally given your life to Christ you have a secure salvation from which you cannot fall. They pretty much believe that a person can commit horrendous sins after obtaining such a salvation yet still go to heaven.

It is pretty black and white with them. You go to heaven or hell and you’re either completely saved or you are not.

Now Mormonism has more differentiations in the afterlife and in eternal rewards. They believe in three kingdoms of Glory and one with no glory.

The Kingdom with no glory, or light, is the dwelling place of the Dark Brothers.

The Telestial, or the glory of the stars, is not really an afterlife, but is this physical earth where we arrive through reincarnation. It could also include the lower astral realms.

The Terrestrial is the higher astral.

The Celestial with its three divisions is the higher worlds of mind, the highest of the worlds of form. This is where the LDS hope to go if his calling and election is made sure.

Most Mormons do not realize that there are kingdoms higher than the Celestial as hinted at by Joseph Smith:

D&C 130:9 This earth, in its sanctified and immortal state, will be made like unto crystal and will be a Urim and Thummim to the inhabitants who dwell thereon, whereby all things pertaining to an inferior kingdom, or all kingdoms of a lower order, will be manifest to those who dwell on it; and this earth will be Christ’s.

D&C 130:10 Then the white stone mentioned in Revelation 2:17, will become a Urim and Thummim to each individual who receives one, whereby things pertaining to a higher order of kingdoms will be made known;

D&C 130:11 And a white stone is given to each of those who come into the celestial kingdom, whereon is a new name written, which no man knoweth save he that receiveth it. The new name is the key word.

Notice that a white stone is given to those who enter the Celestial world and this stone is a key that reveals “a higher order of kingdoms” than the Celestial.

Now the Celestial is the highest of the worlds of form, so what could be higher than that?

In esoteric literature these are called the formless worlds. The first above the plane of higher mind (the celestial) is the Intuitional, or Buddhic plane, followed by the Spiritual or Atmic, then Monadic and finally the Divine.

These formless worlds are difficult for us to understand in our earthly state and from a higher point of view have form as ideas have form. They provide the foundations from which all the lower worlds of concrete form are created.

Once entering the formless worlds which are high states of consciousness, one can always descend back into matter and manifest in physical form if some purpose requires it.

So if receiving a mighty change of heart and walking the spiritual path is the first initiation what is this guarantee that we will not fall from the path but have our entry into the higher worlds assured?

This comes with the third initiation when the seeker encounters the Dweller on the Threshold that we talked about earlier.

We will eventually cover the initiations in depth but we’ll just mention the first three briefly here.

The first is the birth of the Christ in the heart accompanied by a decision to walk the Spiritual path as the disciple sees it. During this period he becomes a master of his physical passions and desires and subjects them to the purpose of God as he sees it.

To pass the second initiation the seeker must master his emotions. He does not do away with emotion as some teach, but he learns to not attach his decision making to emotional feeling, and instead subjects them to the plane of the mind. By subjecting emotion to mind he learns to render emotion harmless from a spiritual viewpoint.

These first two initiations are covered by the birth of Christ consummated by the symbology of baptism and the reception of the holy spirit replacing the domination of the lower emotions.

The third initiation is called the transfiguration and was demonstrated by Christ on the Mount so named. Moses was also passing through this initiation on mount Sinai, as did Joseph Smith when the pillar of light descended upon him.

To reach this the disciple mist learn to see through illusion and subject his mind to the will of Spirit.

Only when the seeker learns to see through illusion can he be trusted to permanently keep his mind centered in the light.

When this initiation is passed then definite decision has been made to follow the light and nothing in the world of illusion can tempt the disciple to retreat.

From this point on he is considered a coworker by the Brotherhood and is trusted with certain responsibilities. His calling and election is then made sure.