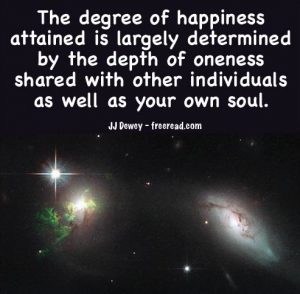 “If we want to be one family it would help if we could be flexible enough to all try to speak the same language, at least when we are together.”

Now when two people are in the Oneness Principle they can speak from different backgrounds with a different way of looking at definitions yet sense the meaning the other is trying to convey. Reading foreign members for us English speaking people is a great example of this. Even though they sometimes struggle to convey their thoughts, most of us get a good sense of where they are heading even when using a strange selection of words.

On the other hand, when people are centered in the personality and ego and any disagreement arises this “feel” for what the person means goes out the window. For this cause it is good to have a uniform definition of terms.

Scientists use very exact definitions which allows them to communicate professionally with minimal distortion. Now we who are becoming spiritual scientists need to follow this same principle. Concerning myself I know that all members on the group cannot absorb by supernatural means what my true meaning is if my terms are fuzzy, so as a teacher, I have some responsibility to make myself clear.

There seems to be some fog out there as to my meaning of the word channel. I thought I had made myself clear in the past, but in case I have not let me do so now so if the subject comes up again we can just pull up this post.

While it may be true that the word “channel” has been loosely applied to all sorts of reception of information let us specifically narrow it down for this class.

A channel is basically the same as that which has been called a medium. This is a person who turns his body over to another entity. In doing this the person usually goes into an unconscious state and comes back to the body with no memory. Other channelers maintain some awareness and return to the body with some memory of what has been said or done. Generally the channeler will speak by what is called “direct voice.” If you are in the presence of such an experience you will notice a distinctly different voice, personality and mannerisms. The entity who owns the body is definitely not doing the talking.

In other cases the entity will write through the person’s hand or in this age even type as in the case of Ruth Montgomery who I must admit came up with some interesting material.

It is called channeling because the subject is offering his or her body as a channel for another entity.

The Masters would not use direct voice channeling unless there was some exceptional situation and that would probably be a one time thing.

(1) A thoughtform of their own creation with no soul link.

(2) A thoughtform of their own creation with a soul link with the final message influenced by the medium’s thought process.

(3) A projected thoughtform from a dark entity

(4) A discarnate entity from the astral realm.

Whereas most channeled material is rehashed material containing little that is new there are some worthy of study. The best that I have found is that of Jane Roberts, author of the Seth material. What sets Seth apart is that he does not claim to be a master or some high entity. It seems that the higher the channeled entity claims to be, the lower the grade of the material. Seth comes across as an intelligent student of the prospective from the other side and seems to be doing his best to relate it to us.

Many channeled entities are outright deceptive. Some claim to be historical figures from the past for the purpose of gaining more credibility with their audience. Many claim to be masters even though the Masters have said they avoid direct voice.

With channeled material just as with any other the student has to run the teachings by the soul.

What new age channeling is not:

Mental telepathy is not channeling

The Science of Impression is not channeling

Overshadowing is not channeling

Revelation is not channeling.

Anything received through the oneness principle is not channeling.

I am not a channeler and have never claimed to be. I have not turned over my body to any other entity, but do seek to be one with lives higher than myself. I always speak with my own voice. Reception through oneness is much different than channeling, which is reception through duality.

It has been said that there are those who seek to expose me as a fraud. This will be difficult to do.

Because I make no claims – even my book is published as fiction.

If I were to make any claim it is this. It is possible to know the truth, especially principles that reveal truth and this is through reflecting the material off your own soul. You must not trust me or anyone else until you do this and prove to yourself that a teacher or teaching is leading you the right direction.

A reader described some problems with another member. To this I gave the following response.

I have been contemplating the situation and here is my take. I say this with only a desire to help and the greatest respect for you as a friend and co-worker.

We are dealing with imperfect people here, many (perhaps all) still have egos that need nurtured and so we must take this into consideration. You have a strong first ray presence and thus those on the 2-4-6 ray influence will be easily intimidated by you so to keep the peace you must proceed unobtrusively yet maintain your inner strength and zeal. Show your strength to those who need it, but to those who will be intimidated attempt stay on the plane of the mind unless the spirit moves you otherwise. If you feel the need to go to the emotional level avoid attack and insults of any kind. A superior reasoning is the strongest real insult you can give.

Now the trouble is that when egos get challenged then the gloves come off and a vicious circle begins which is difficult to stop as is now the case.

I want you to continue to do your work and post your feelings and thoughts, but then read over your letter and ask if you are saying anything needlessly inflammatory.

We have two other hurdles to overcome.

(1) One of the major causes that laid the seeds to persecution in the early Mormon church was that their enemies felt intimidated by them. In Missouri where they went to claim the promised land the Mormons often sent a message like this to their neighbors:

“God has given us this land for an inheritance and soon we’ll have your farm and city and if you’re not a Mormon you’ll get swallowed up.”

Now the saints didn’t word it exactly this way, but they made their neighbors feel that way and because they felt that way they became enemies and persecuted them. Many of the problems in the early church could have been avoided if they would have remembered one scripture:

“A soft answer turneth away wrath.”

Respond with logic, reasoning, heart, love, but never intimidate, insult or name call. There are those who are intimidated enough with me just because of the truth I present, even though I have tried to present them in all meekness. If I had not done this in meekness the group would have been destroyed by now.

(2) A second need here is for all of us who are the good guys to work together to establish a positive presence that will be a magnetic force that will attract sincere seekers.

So stay with us my friend. The journey is just beginning. It is our time to succeed and we will succeed if we are one in the Spirit. Let us proceed in such a way that all who criticize look small minded and ridiculous.