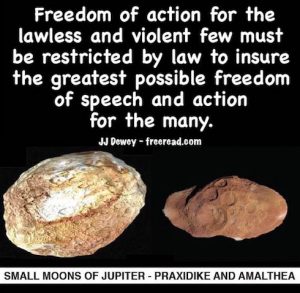 The Law of the Mind

There has been quite a bit of discussion of the biblical prediction of a time when the law would be written in our hearts and that this is the ideal which we should seek. This is indeed a grand ideal and it is one that I have written much of and do seek myself.

However, has anyone stopped to ask what our governing situation would be if this idea became a reality with the great majority of humankind?

Would we then have no written laws?

For one thing the law which is to be written in our hearts is the basic sense of right and wrong. Right being defined as that where the greater love and harmlessness is revealed, and wrong where love is suppressed and harm is inflicted.

However there are many more laws that bring order in society which have nothing to do with right and wrong, but instead have a purpose to create order and peace. These laws are not written in the heart and have to do with mind and little with heart.

So let us divide laws that humans use to govern themselves into two categories.

(1) Moral law or laws of the heart – the obedience of which manifests the love of God.

(2) Laws of Order (Mental laws) – laws of the mind that bring peace and order. These laws manifest the intelligence of God manifesting through mankind.

The ten commandments are moral laws and many of our current civil laws owe their origin to them.

What is unrealized by many is that the day of having law written in our hearts is not in the far future, but mankind has indeed made great progress toward this goal in the here and now

Her are some moral laws that are written in the hearts of over 90% of the people:

Thou shat not kill.

Few people need any law to tell then this for this is indeed written in the hearts of almost all people.

Thou shalt not steal

Again – even among those who have broken this law is a realization that this is a just law and should be followed.

Other moral laws which are written in the hearts of most are:

Thou shalt not lie

Thou shalt not commit adultery

Thou shalt not commit rape

We should love our family, friends & neighbors

Each human being deserves equal rights

Most support some plan to help the sick and the poor

Animals should be treated humanly

The earth is our home and we must take care of her to insure it is a livable place in future generations.

In the days of Jeremiah, who wrote of the law being written in the heart, these moral concepts we take for granted were not enough a part of the human psyche that one could depend on the average person supporting without the benefit of a written law.

Today these laws are written in the hearts of most and we can rest assured that most of our friends understand and support them.

Now let us look at the outrageous crime of murder. Probably over 99% of humanity have this law written in their hearts, but still there are a small handful that feel justified in the nefarious act.

Now you or I do not need a law to tell us not to commit this act, but there are still a few who do. Because of those few we still need a written law with a punishment affixed. If such is not the case, the one who has not the law in his heart could terrorize a whole city with impunity.

The same thing with theft. Most of us do not steal, for the law is in our hearts and we need no one to tell us what to do here. Nevertheless, there is a small minority who do not have this law in their hearts and for them a physical law with punishment affixed is required.

Over the last 100 years humanity has made a lot of progress in the direction of the law being written in the heart. During the next 200 years much more progress will be made.

Does this mean that when the New Age is securely manifest we will need no written law concerning theft, rape, or personal injury?

No. We will probably need these basic laws with punishments affixed for thousands of years to come, for humanity will not attain perfection overnight, but such perfection will take a long period of time.

Today we do not need any law telling us to breathe, for we need no such law. Even the lowest of human life breath on their own free will with no need of law. When the basic moral laws become written in our hearts to the extent that their fulfillment becomes as natural as breathing, because even the lowest of mankind realizes the necessity, then the written law can be done away with. Until that time the peaceable people will need the basic protection of the written law.

As the Gathering of Lights proceeds and the Lights of the earth are able to live under their own law, then these gatherings will demonstrate the ability to live in harmony with fewer and fewer moral laws until the time comes that none will be required.

These are a totally different type of law than moral laws and will not cease with the New Age but will assist in stabilizing the New Age so peace can reign supreme throughout the earth.

What is the difference between a moral law and a mental law?

Answer – a moral law deals with right and wrong whereas a law of order is required to create order and tranquility and has little or nothing to do with right wrong. Laws of order may be silly or wise, but there is little right or wrong in them.

Example of a Law of Order:

Covenants and restrictions in various neighborhoods. Here law is created by either a majority vote of a neighborhood or by the building developers. These laws do not interfere with free will because each occupant has an obligation to study these rules before he chooses to live there and agrees to abide by the rules when he buys his home. If he does not like the laws of order he can choose a different neighborhood.

Typical of such laws are the prohibition of farm animals such as horses, pigs and chickens. Now most people in a residential area would not consider bringing in a farm animal, but there is always the oddball who would do so, causing the whole neighborhood to awaken at the crack of dawn by his favorite crowing rooster.

This law of order prevents this problem and brings peace to the residents. The guy who wants his rooster can go buy a five acre piece on the outskirts of town and have his farm animals.

Contrary to this law of order violating free agency, free agency is enhanced because the residents have freely chosen to maintain and obey these laws of order.

The election chaos of 2000 (Bush and Gore) could have been easily prevented by clear laws of order. A large part of what has created the chaos has been too many laws and conflicting standards from county to county in Florida.

The problem then with current law is not what is right or wrong, but what is clear and not clear.

It matters not so much as to which is best – a hand count or a machine count – but what matters is that a clear standard must be established so when the rule is followed the results will be sure, and no rules will be changed in the middle of the game.

It is not that hanging chads or dimpled ballots are right or wrong, but a clear standard must be approved ahead of time and followed. A clear cut off date must be established with no ambiguity, as was in the current one, so there can be a definite cut off and a clear winner announced.

Because we have too many laws the problem that occurs is that one law may seem crystal clear, but then a clever attorney can find another rule which seems to dispute it and throw the process into disarray.

The importance of laws of order are particularly obvious when we observe almost any sport. Let us take American football for example. Often times a football team will be composed of fairly unruly, difficult to manage men, emotionally grounded, many of whom have criminal records. Even so they are familiar with the rules of the game and such rules are strongly drilled into their heads by their coach.

So when we watch football what do we see? We see a beautiful organization created out of a potential mob mentality. Instead of chaos we see a wonderful association, and the following of laws of order to create an exciting game to watch.

What would happen if your team made the winning touchdown and the referee said:

“We are discounting this touchdown because we have decided that we need no rules.”

Suddenly, the whole purpose along with the enjoyment of the game would immediately disintegrate and chaos would reign supreme.

No game with purpose or enjoyment can be played without Law or rules of order.

In the past, nations have played out the game of war with little or no rules and the toll on humanity has been great. If we can cease war and play our games of conquest through international sport or other means, then order will indeed be created out of disorder.

Where has there ever been a game played with no laws of order? There is no such thing. Even so, the “new order of the ages” will not exist without ground rules of order.

Could we even have an election without rules of voting time, rules of counting, standards and rules that determine a winner? NO. We will always need such rules even though what is right or wrong morally may be written in our hearts.

We face the same problem of in the creation of the new age. Without the law of mind, the laws of order, we will have no new age, no order, but only confusion and disorder. Only through just laws of order created by those who are polarized in the mind or above can a lasting peace and purpose come to the earth.

Question: Name three Laws of Order which will assist mankind in creating the New Age of Peace. Tell us why you believe this.