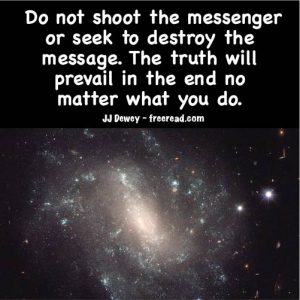 I received a request to comment on the historical Jesus for many today contend that he did not exist but was made up by the Roman Empire because they needed a messiah figure to unite the nation.

First I might add that a similarity of stories from different cultures add to the validity that something like that did happen, but perhaps not the way we have been presented.

Secondly many things happen in cycles and there have been several great floods in our history.

Concerning Jesus some have said that he was just made up by Constantine around 325 AD after he decided he needed a major religion with which to rule the world.

Now let us look at the logic of this possibility. Let us suppose that the president of the United States wanted to establish a new religion around a phantom character who is supposed to be the most loving and intelligent person who ever walked the earth.

First of all he would have to manufacture four books, similar to Matthew, Mark, Luke and John, that would witness to this phantom figure. These accounts would have to be credible enough to be accepted as true by the common populace.

But the greatest feat that the governmennt would face would be in finding words attributed to this Messiah that would be considered by almost all people who read them to be the greatest words ever spoken.

Imagine the difficulty in even creating a new “sermon on the mount?”

In 2000 years no one has been able to give such a profound short speech. Perhaps the closest would be the Gettysburg address by Lincoln but most scholars will admit that this comes in a distance second to the words of Jesus.

Now it may be true that the Buddha and others said something similar in the past. It is difficult to write anything entirely new, but one must admit that the way the sermon was put together was much more profound than any teacher of the past.

He also gave profound parables with multiple meanings and almost every word attributed to him had such a profound meaning that none has been able to duplicate.

“You shall know the truth and the truth shall make you free.”

“The first shall be last and the last first.”

“Let he who is without sin cast the first stone.”

“Father forgive them for they know not what they do.”

What other figure in history real or imagined has said such profound words over and over again?

None that I know of.

So, if the president wanted to create a false messiah he would have to make his staff put together something like the New Testament with 27 books testifying to the divinity of the man. Then after he puts it together it would have to be so believable that the general population would accept it.

Now if such a falsehood were to present itself there would be a large percentage that would not swallow it hook line and sinker. Many of these would leave writings exposing the fraud.

Even considering that the ancient emperors had much greater power than our president this feat would still be close to impossible. An Emperor would have to pick a fairly well established religious belief to create a new Messiah around it.

It is interesting that no one questions the historical validity of Mohammed, Buddha or even the obscure Zoriaster, but with Jesus they will claim that he and his teachings were made up on a lark. When you bring the possibility of duplicating this feat up to the modern era the impossibility of it becomes obvious.

The very fact that the man and his teachings have withstood the test of time is perhaps the greatest testimony to his reality.

The fact that we have 27 books in the New Testament testifying of him plus hundreds of ancient works that never made it into the Bible is a very strong witness that is completely obviated by those who wish to prove Jesus to be an imaginary character.

Few historians doubt that Jesus existed, but many believe that what has been recorded about him may not be entirely accurate.

The Book of Mormon was presented as a second witness for Christ. Many have read this and have received additional confirmation about him.

A powerful modern witness is the writings given through Alice A. Bailey. This is one of the latest revelations of the Brotherhood and when one reads her works a sensitive person cannot help but get soul confirmation. Her writings testify to the validity of the Biblical Christ.

A book that brought me closer to him was The Aquarian Gospel of Jesus the Christ by Levi. You can download this free from the web.

Someone questioned my statement that Hitler was a vegetarian. I had never read anything to the contrary so I decided to do a little research. I found that the vegetarians who are somewhat purist in belief are very offended at the thought that Hitler could have been a vegetarian and are digging up everything they can to prove that he was not one of them.

Here are the facts as far as I can ascertain them. From 1931 on Hitler was mainly on a vegetarian diet, but was not 100% strict with it. He did deviate now and then and eat a little meat just like many “vegetarians” that I know. He was a vegetarian at least 99% of the time.

It is an interesting contrast that while Hitler was this squeaky clean abstainer from meat, alcohol and tobacco his counterpart in the free world, Winston Churchill, was just the opposite. Churchill ate lots of meat, smoked and could drink most people under the table.

If one goes by outward appearances only many of the true lights of the planet will be overlooked.

The contention is that Jesus was a character created by Constantine around the time of the Council of Nicaea in 325. There is much evidence that he had many believers long before then. Here are a couple references to that:

AS A RESULT OF our investigations so far, it should be clear that historians do not need to rely on only one source (say, the Gospel of Mark) for knowing whether or not the historical Jesus existed. He is attested clearly by Paul, independently of the Gospels, and in many other sources as well: in the speeches in Acts, which contain material that predate Paul’s letters, and later in Hebrews, i and 2 Peter, Jude, Revelation, Papias, Ignatius, and I Clement. These are ten witnesses that can be added to our seven independent Gospels (either entirely or partially independent), giving us a great variety of sources that broadly corroborate many of the reports about Jesus without evidence of collaboration. And this is not counting all of the oral traditions that were in circulation even before these surviving written accounts. Moreover, the information about Jesus known to Paul appears to go back to the early 30s of the Common Era, as arguably does some of the material in the book of Acts. The information about Jesus in these sources corroborates as well aspects of the Gospel traditions, some of which can also be dated back to the 30s, to Aramaic-speaking Palestine. Together all of these sources combine to make a powerful argument that Jesus was not simply invented but that he existed as a historical person in Palestine.      Did Jesus Exist?, by Bart Ehrman, Page 140-141

Tacitus mentioned Jesus in his treatment of the years 30-31. There is, however, a short retrospective reference to Jesus when Tacitus treats the great fire of Rome under Nero and Nero’s subsequent use of the Christians of Rome as scapegoats (Annals 15.44). Nero, says Tacitus, fastened on the Christians because popular opinion suspected that he was responsible for the fire:

“Therefore, to squelch the rumor, Nero created scapegoats and subjected to the most refined tortures those whom the common people called “Christians,” [a group] hated for their abominable crimes. Their name comes from Christ,’ who, during the reign of Tiberius, had been executed by the procurator Pontius Pilate.’ Suppressed for the moment, the deadly superstition broke out again, not only in Judea, the land which originated this evil, but also in the city of Rome, where all sorts of horrendous and shameful practices from every part of the world converge and are fervently cultivated.”      A Marginal Jew, Vol 1, John P Meier, Pgs 89-90

DK through Alice A. Bailey also affirms the historical Jesus.

There He worked through the three beloved disciples, through the twelve apostles, through the chosen seventy, and the interested five hundred…. Now He works through His Masters and Their groups, and thereby greatly intensifies His efforts. *** I would have you forget distance, remoteness and vagueness and realise that I am talking of exact and literal happenings on our planet. I am dealing with recognitions and occurrences and with factual events which are the conscious possession of many. The Christ of history and the Christ in the human heart are planetary facts. Externalization of the Hierarchy, Page 604

The New Testament story is true and correct; it is only the man-made interpretations which have misled humanity. Reappearance of the Christ, Page 100

2 thoughts on “The Historical Jesus”