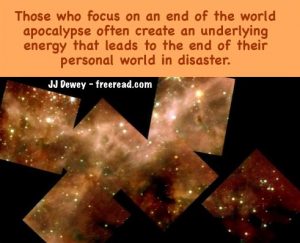 In a recent post a member tells us he was involved with Richard Kieninger’s group. Richard is the author of The Ultimate Frontier and founder of the Stelle Group in Illinois and later The Adelphi Organization in Quinlan, Texas.

In his book, first published in 1963, he described a number of meetings with the Brotherhood of Light where he was given a numerous teachings and assignments.

He was told to build a city called Stelle in Illinois to prepare for a cataclysm which would come around 1977. He was told that it would soon reach a population of 250,000.

Richard was asked to leave his own group twice. He blamed his loss of power on conspiracies within, but those who tried him for memberships claimed sexual indiscretions.

He left Stelle permanently in the 1980’s and founded The Adelphi Organization in Quinlan, Texas.

He made additional prophecies of World War III in 1999 and that a new land would rise out of the Pacific Ocean on May 5, 2000 where a new nation would be created by their group. By this time 90% of the world’s population was to have been destroyed.

The last I heard of Richard he was in jail for bank fraud. I just went to the Adelphi Web site and it indicates he died in 2002. I’m not sure if he died in jail or not.

I read his book, The Ultimate Frontier over twenty years ago and found it very fascinating and had some quite interesting teachings in it. I found it interesting enough to call him up and ask him some questions and later take a trip to Stelle and check it out.

When I visited Stelle around 1982 there were only about a dozen people living there. Most had departed to Texas and the homes left were very unkempt and the little community was being overrun by weeds.

I talked to several who were living there to get a feeling of their mindset and was disappointed at their lack of independent thought – that they seemed to prefer an authoritative structure, very similar to the Mormon Church.

Richard’s followers say that he has contact with the true brotherhood and they are the source of his teachings. His critics say that he got his material from the Lemurian Fellowship from Ramona California that he joined in the 1950’s. Elizabeth Claire Prophet also got inspiration from this group.

Richard also teaches about the two brotherhoods, but instead of calling the bad guys the Dark Brotherhood he calls them “Black Mentalists.” He claims they control their followers with mind control.

Richard claims that the Masters who worked through H. P. Blavatsky and Alice A. Bailey were black mentalists, even though there seems to be no record of his teachers telling him this. It appears that he came to this conclusion on his own. He seemed to have very little knowledge of the Bailey teachings but did seem to study other esoteric trains of thought.

Several old timers in the group have been associated with Richard’s group. Rick, the founder of the Keys was very heavily into the group and lived and worked with them.

All things express their nature. As you wear a feeling it becomes your nature. It might take a moment or a year – it is entirely dependent upon the degree of conviction. As doubts vanish and you can feel “I AM this,” you begin to develop the fruit or the nature of the thing you are feeling yourself to be. Neville

Question: Did you ever do a handwriting analysis of Alice Bailey and Joseph Smith? If they had so many similar experiences in their lives, then maybe JS came back as AB.

JJ: I think I mentioned a few months ago that I did come across Alice A. Bailey’s handwriting and rated her intelligence as not as high as H. P. Blavatsky. She was intelligent but not high enough to have invented the writings she scribed.

I had wanted to examine her handwriting for some time and finally found her signature for sale on E-Bay. I bid on it but didn’t get it, but did manage to download a scan of it.

Alice A. Bailey and Joseph’s Smith’s writing had too many fundamental differences for them to be the same person.

Proving identity of different lifetimes through handwriting is tricky because there will always be some changes. If we look at a person’s handwriting in his youth, middle and old age we will generally see some significant differences, yet there will be certain threads that will be very similar, especially when we look at basic intelligence. The quality of intelligence never reverses (unless there is brain damage) and this is the most telling thing to look for.

Discovering past lives through handwriting is what first convinced me of reincarnation and lead me out of orthodox religious thought.

As I said, normally handwriting varies within a lifetime, let alone several lifetimes, so a conclusive match is difficult to produce. However, I had a particular associate that was a good test case. I had the advantage of looking at this person’s writing from an early age and found that the handwriting had changed very little throughout this life. I therefore, concluded this would be a good test case as I had a feeling as to who this entity was in a past life.

I was fortunate to be able to obtain the writing of this person’s potential past life and when I laid the two handwritings side by side I was stunned.

I recently compared JFK’s writing with H. P. Blavatsky and was impressed by the similarities, (See post #803-805)  but in the case of my associate the comparison was almost an exact match. In addition, there were several little idiosyncrasies that I couldn’t recall seeing in any other handwriting that were in these two.

As I stared at these two writings that matched beyond any possibility of chance my consciousness instantly changed. I realized that reincarnation was a fact and that everything I believed had to be taken apart and put back together again.

That was back around 1972 and a lot of water has run under the bridge since then. Since that time I have received many other impressive witnesses of past lives, many of which I cannot talk about. Most teachers who talk about their past lives are deluded because of glamour and it usually serves no useful purpose even if they are accurate. Suffice it to say that if the handwriting sample didn’t convince me then other things that have happened since then certainly would have.

Reincarnation is indeed a pivotal doctrine for once the truth of it is seen we can no longer swallow orthodox religious thinking and are forced to use our own mind to find the real truth behind the illusions, the outward authorities and past programming.

“Let the weak man say, ‘I am strong’ (Joel 3:10), for by his assumption, the cause substance – I AM – is rearranged and must, therefore, manifest that which its rearrangement affirms. This principle governs every aspect of life, be it social, financial, intellectual or spiritual. Neville