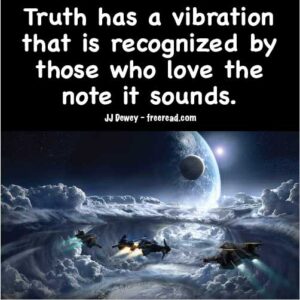 Because of the way the general Bible story reads it appears that Christ was easily recognized as the messiah by his disciples.

Here’s is John’s own admission that he did not know him:

“This is he of whom I said, After me cometh a man which is preferred before me: for he was before me. AND I KNEW HIM NOT: but that he should be made manifest to Israel, therefore am I come baptizing with water.” John 1:30-31

So why does John say he knew him not? This scripture explains:

And in that same hour he cured many of their infirmities and plagues, and of evil spirits; and unto many that were blind he gave sight. Then Jesus answering said unto them, Go your way, and tell John what things ye have seen and heard; how that the blind see, the lame walk, the lepers are cleansed, the deaf hear, the dead are raised, to the poor the gospel is preached.” Luke 7:19-22

Notice that even after John had baptized Jesus and had witnessed the Christ descend upon him as a dove he still had his doubts. After all, Jesus was his cousin and it is especially difficult to believe that a family member could have such a great calling.

Notice here that Jesus was quite frustrated in his desire to be recognized correctly by the disciples:

The “Father” here was of course, the Christ who dwelt within him. This scripture tells us that even though they suspected he was Christ they did not really understand fully who he was.

It was some time unto his mission that Jesus asked his disciples this question:

“He saith unto them, But whom say ye that I am? And Simon Peter answered and said, Thou art the Christ, the Son of the living God. And Jesus answered and said unto him, Blessed art thou, Simon Barjona: for flesh and blood hath not revealed it unto thee, but my Father which is in heaven.” Matthew 16:15-17

In answer, Peter stepped forward and affirmed his witness. Earlier he expressed confidence that Jesus was the Christ (see John 6:69), but he is the only one of the apostles who actually mentions it.

I believe there was doubt among the disciples and this is why Jesus asked them “whom say ye that I am?” He wanted Peter to affirm his witness and help to remove doubt in the eyes of some.

But also take note of this. Even though Peter acknowledged that Jesus was the “Son of the Living God,” this did not stop him from denying his Lord three times and, after the crucifixion, he did not believe he would rise again. None of the disciples believed in the resurrection until they saw the empty tomb and the resurrected Christ.

Is it any wonder that, even though Peter (and possibly other disciples) expressed undying belief in Jesus he still said to him:

“… when thou art converted, strengthen thy brethren.” Luke 22:32

Converted to an unshakeable witness that he truly was the Christ.

The bottom line is this. Even some of the most enlightened disciples have difficulty in recognizing a true prophet or avatar in their midst. When Christ comes, unannounced, with no star of Bethlehem, with no wise men, with no angels singing, with no outstanding miracles, then who will see him because of the eternal words and works that he shall initiate?

Even some who see themselves as disciples will feel indignation and rage because of him. The most sensitive of disciples may suspect his identity but will be hesitant to believe.

The authority of Christ, when he comes, will not be the authority of the beast which demands worship and recognition, but it will be a spiritual authority which is willing to work with little or no recognition and wait for history to judge his work.

“Sometimes when reading Goethe I have a paralyzing suspicion that he is trying to be funny.” Guy Davenport