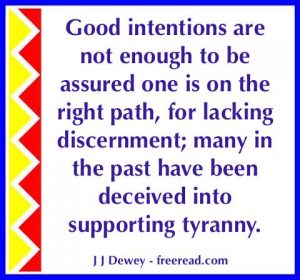 Questions on the Middle Way and More

Question: Did Christ teach something which corresponds to the Middle Way?

Jesus hinted at the Middle Way in the following scripture about the supposed straight and narrow path:

The Greek word STENOS (for strait) here implies restriction or cramped. In other words, the gate that leads to destruction seems to be open wide with a worn and wide path leading to it, easy to spot, and the obvious one to take But the gate that leads to life is barely open and difficult to squeeze through and the path leading to it barely visible and one must observe with high awareness to follow it.

This reminds me of the words of Robert Frost:

“Two paths diverged in a wood and I, I took the one less traveled by, and that has made all the difference.”

The members of the brotherhood have thousands of years of experience under their belt and synthesize the teachings of all the great teachers of the past as well as pass on new views of their own. They are certainly not restricted in their learning and expertise to one small lifetime or one book of scripture. Neither are they limited to religion for many are likely to teach science, architecture, literature etc if it furthers the cause of the Great Plan.

All the members of the Brotherhood know far more than the few paragraphs in the Bible attributed to Christ. They all learn the just as we do plus they have access to many texts not available to us. In addition they have encounters with advanced beings that we do not have, but most important is that they are finely tuned to the Oneness Principle where knowledge of all true principles is available.

More on the Dweller

Comment: It seems to me that people with dementia or Alzheimer’s may be at that threshold. I have the opportunity to be around many people who suffer from the dementia/alz debility and generally speaking they are not talking about Love and Light. These people may have had a strong faith in their right minds, but now they are: paranoid, suspicious, uncooperative, mocking, and emotionally stuck. It almost seems like their minds have deteriorated and all that is left is the Dweller state. It is not possible to reason with most of them. (A very challenging situation.)

JJ: As others indicated the diseased state of mind is not a confrontation with the Dweller. Also the seeing of an evil or strange spirit is not; neither is a typical possession. All these happenings are merely a part of the creation of the final Dweller that is faced at the threshold.

When the Dweller is faced the attack is quick and powerfully and has nothing to do with disease. The disciple, if he is not distracted, can overcome (at least temporarily) the Dweller quickly and enter into the presence as did Joseph Smith. If he is distracted it can take years or even lifetimes. Moses, for instance, first contacted his Dweller in Egypt when he received a revelation that he was a Hebrew. It was forty years later before he applied the principle of attrition successfully enough to enter into the presence.

The writings about Buddha indicate that he overcame it with little effort, but history leaves out many of his struggles with it (lasting years) before the final defeat.

Many other disciples have dealt with the Dweller and have not written the story. It would be interesting to know how Djwhal Khul handled his confrontation.

The disciple should not be fearful or concerned about his final meeting of the Dweller for this will just add more power to its life force when he is confronted. Going forward in the light without fear with full attention on the next step of the path is always the safest route.

A reader wants me to acknowledge that certain predictions of Nostradamus and the Book of Revelation have come true with the 9/11 disasster.

If indeed there is a prediction that has come true I am happy to acknowledge it, but our friend is a little too eager to see what is not there.

First he quotes two quatrains from Nostradamus which are unrelated to each other.

“A King of Terror shall attack the New City of York at 45 degrees.”

“A mad ruler shall react to this and start the third great war.”

The first thing to note about the first quote is that New York is not at 45 degrees. The World Trade Center location is less than 41 degrees. That makes the prophecy about 400 miles off right off the bat.

This first quote is a distortion of Century 6, Quatrain 97 which reads:

“At five and forty degrees, the sky will burn, Fire approaches the great new city,

Immediately a huge, scattered flame leaps up, When they want to have verification from the Normans.”

The Normans in the days of Nostradamus were from Normandy, now a part of France which does not seem to have any unusual connection with 911.

The King of Terror mentioned comes from Century 10, Quatrain 72 which reads:

“The year 1999, seventh month, From the sky will come a great King of Terror. To bring back to life the great King of the Mongols…”

Looks like we have the wrong year here for one thing.

As far as I can tell the second quote is fraudulent.

Next let us examine the scripture which he says predicted the 911 disaster. He quotes chapter 18 of Revelations expecting us to believe that Babylon is New York City. While it is true that New York Could be symbolic of a part of modern day Babylon, there is much more to Babylon than this one city.

For instance in his quote we read: “And in you (Babylon) was found the blood of prophets and of saints, and of all who have been slaughtered on earth.”

Here we are told that Babylon has on its hands “the blood of the Saints, prophets and ALL who have been slaughtered upon the earth.”

If Babylon is merely New York then how could it have slaughtered the prophets before America was even discovered?

Here God says that his people will dwell in Babylon just before the destruction and a voice from heaven will call them out. If Babylon is indeed New York then the people of God must dwell there.

Where are these people?

And if the WTC destruction is the fulfillment of this prophecy then when did the voice from heaven call then out before the destruction?

Several other things do not correspond closely enough to link this to 911.

“Fallen, fallen is Babylon the great!

It is obvious that New York is not known as a haunt for demons, hateful birds and beasts. One could argue perhaps that this does not refer to literal animals, but despicable human beings.

But in truth what kind of human beings did we see emerge in New York after the disaster? Instead of the slime of the earth we saw all that is best in humanity. We saw the finest in courage, the best in sharing, great examples of love and sacrifice, a renewed trust in the human spirit, a search for meaning etc.

Humans in New York that are like demons and hateful birds and beasts??? That’s not what the world saw.

“Therefore, her plagues will come in a single day – pestilence and mourning and famine – and she will be burned with fire; for mighty is the Lord God who judges her.”

We had two buildings with some fire collapse and there was no pestilence and famine associated with it. Furthermore, if New York is all there is to Babylon then the whole city would have to be destroyed to fulfill the prophecy.

Then in verse 11 we are told that no one buys the merchandise of Babylon after the destruction.

The last I heard business in New York is returning to normal and there is lots of buying and selling going on.

“Then a mighty angel took up a stone like a great millstone and threw it into the sea, saying, With such violence Babylon the great city will be thrown down, and will be found no more.”

If the disaster in New York fulfilled this prophecy then the great city of New York should be “found no more.”

Since millions of people can still find it then it becomes as obvious as the nose on your face that the WTC disaster is not the fulfillment of this prediction.

Now, if sometime in the future the city of New York was completely destroyed with an atomic bomb and became so desolate that it could no longer be inhabited, perhaps we can take another look at this city fulfilling the prophecy. Let us hope this will not be the case. On the other hand the year 1999 is passed.

Question: Why is the yoke of Christ light when those on the path encounter such high resistance?

When the disciple is in the midst of high resistance he takes the viewpoint of the observer and his consciousness is not sucked in to the situation. His consciousness is in the higher and lighter realms. He is like a person watching a Star Wars movie (with lots of conflict) but enjoying it from a point of reality where his yoke is light.

When the disciple becomes one with the higher nature, his yoke will be light no matter what is happening in the world around him.

In ancient times the teacher was called a master with the idea that he was the master of the student and the student was to be dedicated to him.

In this age (because of evolution) the Hierarchy has changed the emphasis. Now the term master is applied to one who has mastered himself and is directed to the Master within for confirmation as well as where his dedication is supposed to lie.

This is a test for the teachers of the world as well as the students.

The students must let go of the exclusive authority without and the teachers must release their authoritative hold upon the students. An earned authority is the only power he sparingly uses.