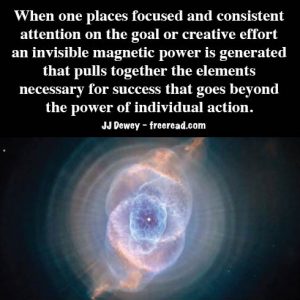 The question of the day: “Now let us switch to a new controversy. You have heard it said that we live on many levels of consciousness, that the consciousness we have in the body is just one level. In addition to this we have the subconscious and then perhaps several levels of super-consciousness.

“Now just as we looked at truth anew, let us look at consciousness anew. Do we really live at more than one level of consciousness or is this an illusion also?”

We didn’t get much response to this, but the response received was very thoughtful.

Rick says: “I think it is more like we have one consciousness that moves about in time and space from one location to another. It may be in our heart, solar plexus, brain, or anywhere else it chooses. It sometimes falls into the illusion that it is the location instead of what it really is.”

Then Glenys writes: “I think that as we develop in awareness we expand from one state of consciousness to another. So we move from the lower states of consciousness centered in the animal nature, personality or lower self and progress to higher states of consciousness centered in the higher self, soul, spirit etc. Each state absorbs and expands on the state below along with the ring-pass-not. I remember when we were discussing the solar plexus energies a few months ago, JJ suggested that the powers of that centre actually become more powerful as the energies of the heart centre unfold. So it follows that as we develop in consciousness the same thing happens

-a lower level, say the emotional, is absorbed and enhanced by the next state of consciousness – the mental level. As we master one state of consciousness, we get glimpses of the next state until we are one with it and operate on that level most of the time. But we don’t lose the lower state. We can still access it when we need to; it’s just not where we would normally dwell.”

Then Jennifer hits the nail on the head” “We live at one point of consciousness at any time. Where I am now seems the only reality and all others just things I can think about with my mind.

“We live successfully in this world because we distinguish truth, as it is in this world, from illusion/hallucination. So if a bus is coming for me as I go to cross the road, I would be stupid to think I can change this with my thought, or this is just illusion, because no matter what I think or believe is true, if I stand in front of a moving bus I will get knocked down. I have already made this and it is too late at the last second to change it.

I must praise all three of you here for your insightful comments. I do believe that members of this group often tap into the Oneness Principle. When you teach or expound, and I think to myself, “If the Christ himself said it, it would not be worded much differently,” then the Oneness Principle is often at work.

It is indeed true that we live at “one point of consciousness” at a time (as Jennifer said) -and also one level at a time. What about the subconscious, isn’t that our consciousness on another level?

What is called the subconscious is composed of billions of tiny lives, each with an individual consciousness of their own. These lives control our involuntary responses, our unconscious memories, instincts, etc. These tiny lives have a consciousness separate and distinct from our own, kind of like tiny truths, yet, as a whole, make it possible for us to have the one consciousness that we as individual humans possess.

If what I say here is true, that consciousness passes in packages of time, or quantums, the question naturally arises as to how long in duration is a quantum of human consciousness. To help answer this question, start with examining your own consciousness. What is the smallest unit of consciousness you have an awareness of passing through? We know, for example, it is shorter than an hour, for you can be conscious of many different things in an hour. It is also shorter than a minute, for we can be aware of several different items in a minute. So how long is this period?

A Course in Miracles tells us that we see only the past. If consciousness passes in quantums of time then why is this true? Is it possible to see the real present?