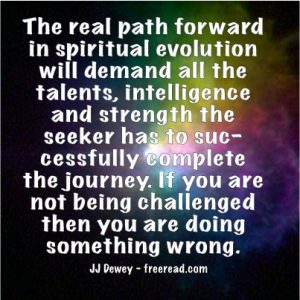 Comment from LDS reader: “There seems to be a contradiction in your teachings about Christ. On one hand you teach about the Biblical entity who was Christ and then you tell us that Christ is within us all.”

I have not taught that it is one or the other, but the problem is that you are referring to two different principles that I have taught and seeing them as one principle taught with contradiction. There is no contradiction.

Principle One: The Christ Within

Even though there has and does live the Christ without (Christ who appeared in a physical body 2000 years ago) the very same scriptures that testify of his outer appearance also witnesses to the Christ principle which is within and available to us all.

On earth, those who are members of the body of Christ are those who “know the love of Christ” and are “filled with the FULNESS OF GOD” (Eph 3:19)… “until Christ be formed IN YOU.” (Gal 4:19) “To whom God would make known what is the riches of glory of this MYSTERY among the Gentiles: which is CHRIST IN YOU, the hope of glory.” Col 1:28

“LET THIS MIND BE IN YOU WHICH WAS ALSO IN CHRIST JESUS: who being in the form of God, thought it not mockery to be EQUAL WITH GOD: But made himself of no reputation, and took upon him the form of a servant, and was made in the likeness of men…” Phil 2:5-7 “…That the life of Jesus might be made manifest in our body.” II Cor 4:10

Here we see that the scriptures harmonize with some new age teachings that there is a Christ within.

Principle Two: The Office of Christ

The office of Christ is a much different thing than the Christ which is within us all.

Each of the three aspects of God (Father, Son and Holy Spirit) has various offices of representation in hierarchical order throughout the universe. Even so, on little planet of no great importance we also have these offices represented. He who holds one of these offices is the one deemed upon the planet to the best, most quintessential, representative of the essence of one of these three aspects of God.

Joseph Smith commented on the appointment of the Father God of this earth as follows:

“The heads of the Gods appointed one God for us; and when you take [that] view of the subject, its sets one free to see all the beauty, holiness and perfection of the Gods.” DHC 6:476

Joseph also stated quite clearly that Christ is an office held by an individual on each of the worlds: “Jesus is one of a grand order of Saviors. Every world has its distinctive Savior and every dispensation its Christ.” Women in Mormondom by Edward W. Tullidge; Page 192.

Many early Mormon teachers also referred to the Holy Spirit as an office:

“It is not to be wondered at that men should be ignorant, in a great measure, of the principles of salvation, and more especially of the nature, OFFICE, power, influence, gifts, and blessings of the gift of the Holy Ghost.” Teachings of the Prophet Joseph Smith, Section Five 1842-43 p.242

“He is one of the three characters we believe in, whose OFFICE it is to administer to those of the human family who love the truth. I have stated that they are one, as the hearts of three men might be one.” Discourses of Brigham Young, p.30

“It had been revealed to them by the Holy Ghost, whose OFFICE it is to reveal that which is past, present, and that which is to come.” The Discourses of Wilford Woodruff, p.114

Thus we see that early LDS teachings agree with the Ancient Wisdom as well as the recently revealed wisdom from the East that there are three great individual entities who head the offices of the Father, Son and Holy Spirit.

On other planets these individuals will be different entities than exist here, but the principle behind the three great aspects of God is the same throughout the universe.

Around this principle of progressing to be like the Gods or Masters the scripture makes an interesting statement:

“Whatever principle of intelligence we attain unto in this life, it will rise with us in the resurrection.” D&C 130:18

As I have pointed out in my writings the resurrection of KRISIS (mistranslated damnation) is really reincarnation. This being true, then, when we rise again in a new birth we take with us the accumulated intelligence that we had in our last life.

A person does not have the intelligence of a Master or God and then loose it in a future birth. It is true he may lose his memory, but not his intelligence.

Is there then a risk in coming back to the earth after achieving liberation and what is the risk?

After we are reborn on the earth we spend the first 21 years of life reliving in miniature our entire progression as a human being. If you look back and examine how your intelligence and consciousness evolved during your youth this will give you an idea of how your progression has went so far. Did you make a giant leap between the ages of 15-16? That indicates that several lifetimes ago you had a pivotal life wherein you accelerated your growth. Near the age of 21 did you have a change of heart or direction? This would indicate a more recent line of progression you are working on.

Even so, we always have free will and even if one happens to be fairly far along the path he can make some bad choices which will direct his intelligence toward a destructive end. If he makes such a choice the person will still maintain high intelligence, but will place a cloud between his consciousness and the Spirit of God and this intelligence which he has spent such a long time developing will be used for pure selfishness and the person will be in danger of choosing the dark path.

Therefore, if one feels that he has not chosen the path of selfishness he can rest assured that the state of progressed intelligence he is in at the moment is not at a lower point than it was in his past lives.

It is true, however that when we master a certain talent to the extent that more concentration on that talent will yield little progress then that knowledge will go below the threshold of consciousness and we will have an inward instruction to learn in a different direction.

Suppose you perfected musical talent in your last life. In this one you will be inwardly guided toward a new field – maybe science or medicine, for instance, so you can expand your horizon. But even with this shift of attention your basic intelligence will not diminish, but slowly unfold and grow.

Just as we have the Christ consciousness within even so we have a latent Father consciousness which is our originating intelligence which is linked to the oneness of God. We did not have a realization of this consciousness in our ancient past, but have come here to develop it and then when we return to the higher spheres we will enjoy a reunion with the Father aspect with full consciousness awareness of who we are, the end of which will be great joy.