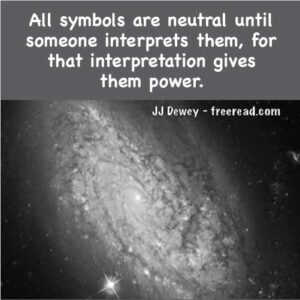 Platforms, Past and Future

Question: What do you suppose this new platform mentioned by DK will be? What is needed today so that ceremonial magic will appeal to the masses?

Some of your answers drifted toward the differences expected during the Aquarian age in the coming approach and teachings as a whole.

What we were looking for in the answer however, has more to do with the changes in ceremony in the coming age as compared with the past.

To understand what the changes may be we must examine what it is that will be changed. These fall in two categories.

(1) Church sacraments. Among these are the Eucharist, baptism, confession, last rites, laying on of hands, prayer, hymns, and others.

The principles behind these are eternal and will always be used in some form.

One of the main differences that will be used in the new age is the proliferation of those who will administer these ceremonies.

In the Piscean Age you generally had to be an ordained minister or Priest – in other words, a recognized authority to administer rites of any kind. Not so in the coming age. When the principles behind the ceremonies are realized it will be seen that your friend, the janitor next door, has as much authority as a priest to baptize you or hear your confessions of concern. You can meet with a small group of friends and partake of the sacrament of bread and wine, seeking for the injection of the Christ, or soul energy.

New rites and ceremonies will be created with appeal to all philosophies, yet staying true to the principles behind them.

Since Aquarius is an air sign, we can expect to see more ceremonies arising using the breath, accompanied by meditation and visualization.

DK tells us that these are out of date because their teachings and ceremonies are patterned after Jewish lore from thousands of years in the past of which the majority of humanity do not respond.

Another reason they are out of date is because of their secrecy. Although there is a time and place for all things, including secrecy, the Masonic type orders of the past had to take great pains to maintain secrecy because of the threat of persecution, imprisonment and death.

They therefore developed secret handshakes, oaths, ceremonies, passwords etc. In addition to this the situation forced an exclusiveness upon them to insure their survival. They were committed to help fellow Masons in any way possible, even to the ignoring of justice and the needs of the innocent non masons.

Because of the forced secrecy strong penalties were attached to those who violated the secrets.

All these things seemed necessary to the teachers of the past, but the forced secrecy also provided much fodder for the Dark Brothers to work. Consequently, the secret organizations of the past never achieved the goal of being a consistent force for good. There were cycles where some good was achieved, but others where evil prevailed.

The new platform will fulfill the prophecy of Jesus wherein he said:

The new platform will be much more open than has been the case in any time in recorded history. This can only happen because of the power of the First Amendment of free and protected speech. After thousands of years of suppressed speech we finally live in an era where much or the world can speak and teach what they want without fear of reprisals.

Now some are so touchy as to feel they are being persecuted when others merely disagree with them, but arguing and friction are necessary ingredients in freedom and openness. The important thing is to be able to speak your mind without fear of being tortured or hauled off to jail.

The truths of Masonry will be presented in a new and more universal format. Secrecy will be kept to a minimum whereas the principles will be promoted for the benefit of all men and women.

DK says that Christ will be responsible for the new format, but this does not mean he will handle it all in person after he arrives in the physical. It is quite possible that he will direct disciples to do preparatory work in laying foundations before he comes.

A book can be written on this subject and may be, but for now this provides a good seed thought for all of us to contemplate.

I’ll have to let you in on a pleasant surprise I had this Saturday evening.

My wife told me that her daughter and her fiancée wanted to take me out to dinner for my birthday and we were to meet them at a local restaurant.

When we walked in Artie pretended that the two hadn’t shown up yet and we were ushered in the back to our seats. As we went into a separate dining room I found that that she had arranged the first surprise party I have ever had in my life. There, sitting before me, were local Keysters, Artie’s daughter and fiancée plus a number of my best friends, including Wayne. I was particularly pleased to see him as he has been fighting for his life the last couple months and just managed to get checked out of the hospital a few hours earlier.

We had a great time. The only thing that could have made it better was if more of you lived close by and could have come.

The greatest gift was just the presence of my friends, but there were two gifts given that we may be able to make use of in various ceremonies at gatherings and other events.

The first was a bell given by Lorraine. It has a beautiful ring to it.

The second was a beautiful sword given by Bryan and Melva. It has the name Excalibur written on it and looks every bit as good as the swords of the knights in the movies.

I think I’ll bring both of these items to the next gathering. We should get pictures of the sword there so we can post them on the web with group pictures. Then everyone can get a good look at it.

All were appreciated and I received more gifts than I deserve. When you think of it, what is heaven except to be surrounded with friends and loved ones who have your best interests at heart?

“We must always have old memories and young hopes.” Arsene Houssaye

1 thought on “Platforms, Past and Future”