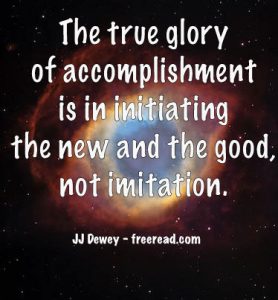 I have just returned from a family reunion my friends and guess where we had it this year?

Actually it was just a coincidence for it is the first time we had it there. One of the highlights was a ride in my nephew’s ancient sailboat held together with chewing gum and barbwire. (LOL) Even so, he claims he can out race and out maneuver any other boat on the lake.

On the way up we stopped by to see Lorraine at her new restaurant. She gave us a big hug and she and Joe seemed very upbeat about starting their new business. We had an extra Grand Opening banner so we gave it to her in appreciation of helping with the gathering.

She doesn’t have easy access to a computer now, but I’m sure we’ll hear from her soon one way or another.

John made a great comment on the sensitivity lately:

“If someone is truly centered to any degree in the Higher Nature, rather than the lower, they don’t tend to be easily offended.”

This is also supported by the statement of Jesus: “And blessed is he, whosoever shall not be offended in me.” Matt 11:6

Why did he say this?

Because he offended almost everyone. Not because he was obnoxious or belligerent, but because he spoke the simple truth that often was not in harmony with tradition or the lower nature.

A good piece of advice for anyone wishing to get in the good graces of the Masters is to learn to mentally check their offensive meter. If one is easily offended by a wrong or misplace word then he must wait a while to do the real work. One should never be offended when no offense is intended and generally even if it was intentional.

If the disciple finds the seeds of offense being planted in his emotional body he must move the energy immediately before it interferes with his effectiveness.

I hope I have set the example for you my friends for none of you have ever offended me.

Several have been talking about initiation. I have defined an initiate as one who initiates. It was accurately pointed out that this is different from that written of by Alice A. Bailey about the milestones achieved by the disciple.

This is a true statement but incomplete for all who pass the milestones of initiation as taught by the Masters are initiates who initiate. As one passes from a lower initiation to a higher his power to initiate becomes stronger with more wide ranging effects.

For instance, as one passes from the first to the second initiation the disciple will increase his power to initiate from the purely physical to the emotional and gain the power to initiate the stirring of people’s hearts and ideals.

One of the principles that I am to stress in my writings and teachings is the concept of initiation and what it means to initiate. The coming of Christ will be prepared by those who take unto themselves the power to decide and then initiate that decision into the real world.

A reader says: “My growth, expansion, power of love, is not dependent on someone else.”

The initiative to tread the path of love is yours alone, but our growth in love as well as light is dependent on others to a significant degree.

Love is a magnetic force that is nullified in a singularity but is manifest in duality. There must be more than one for an attractive force to attract anything.

Love draws the many into the One, but when the One is manifest love has served its purpose until the many come forth again.

The Course in Miracles makes some interesting statements in this regard:

“As you come closer to a brother you approach me, and as you withdraw from him I become distant to you. Salvation is a collaborative venture.”

Here we see that our salvation through love is “a collaborative venture,” or dependent on the participation of others.

“Help them by offering them your unified mind on their behalf, as I am offering you mine on behalf of yours. Alone we can do nothing, but together our minds fuse into something whose power is far beyond the power of its separate parts. By not being separate, the Mind of God is established in ours and as ours. This Mind is invincible because it is undivided.”

This book, which is a favorite of many, tells us that “alone we can do nothing, but together our minds fuse into something whose power is far beyond the power of its separate parts.”

I think you are trying to do too much alone and invite you to join with me and others in the bonds of love so true salvation can truly become manifest.