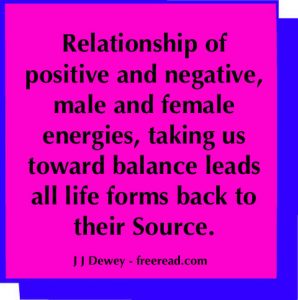 We had a problem with the recording equipment and if it were not for Catherine taking a video of the gathering most of this would have been lost. Many thanks to her.

The crew who transcribed and edited the text was Mindy, Melva and Sharon. Lots of appreciation to them also.

We missed the first few minutes of the beginning presentation. Since we were meeting in the historic Mormon city of Nauvoo Illinois I began by talking a little about the history of the City and the early Mormons.

JJ: Some Mormons say that Brigham Young was a thirty second or thirty third degree Mason but we don’t know for sure. The born-againers really attack the Masons. If you get online and type in the word “Masonry” in Google you’ll get more negative stuff than positive. There’s just a handful of positive material but there is a lot saying they’re Satanists and devil worshippers and all that stuff. But the born-againers are really big on attacking anything that has anything they deem suspicious; like the Colgate Company. They found some satanic symbol on their toothpaste or something and they’ve attacked them.

Audience: And Crest…they have the thirteen…

JJ: He didn’t have it complete. He didn’t have a complete knowledge of how molecular knowledge works. As a matter of fact, the revelation he received on it said ‘you will receive more later’. Then he was killed shortly after that.

JJ: It’s not for him to duplicate. The molecular order composed of the appostles created by Jesus was just the beginning. It was not established with enough numbers in it or people who understood it to make it self-perpetuating. So when the apostles were killed off, the knowledge of molecular order pretty much died with them. It was resurrected somewhat in what many people believe happened in the time of Camelot. In Camelot they had 12 Knights of the Round Table with their 12 wives and all were equal as they met around the round table. The sword of Excalibur was the symbol of the power of the Molecule. We talked about that in the book (The Immortal Series).

Audience: What is the role of today’s people in this molecular relationship that will actually bring about a connection?

JJ: The main role is to establish what we call soul contact. We’ve talked a lot about that on the Keys. Two people centered on their lower selves, the personality, can never establish a molecular relationship. They can establish other relationships. They can get together in business and in churches, but they can’t get together in such a way that there’s an interplay of soul energy between two or more people. When you have the interplay, and have twelve males and twelve females sharing soul energy you create something more than human. This is what happened in the days of Jesus. He put together twelve apostles but each of the twelve apostles had a working partner that was also female. In the Bible it says a group of females followed them around. It doesn’t say what their place was. That’s about all The Bible says about it because in those days even if the enlightened apostles ran with females there’d be trouble. But after Jesus organized this He sent them out. They healed the sick and performed lots of miracles, just like He was able to do. But then, after Judas betrayed them and Judas left, no miracle happened outside the resurrection. There were no miracles at all.

Then they were instructed to add a twelfth member. They added Mathias and put him in the Molecule on the day of Pentecost. After he was added the disciples were having a meeting when all of a sudden there was the sound of a mighty wind and fire appeared over each of their heads. A huge crowd was attracted by the noise of the wind andcame and gathered outside. Peter went out to meet them as there was a big conference in Jerusalem. People from sixteen different nations were meeting there and they spoke sixteen different languages. Peter went to meet these people because they had heard this great sound and they came to the source of the sound. It was where the apostles were meeting. Peter went out and he talked to them. All the people from the sixteen different nations heard Peter speak in their own language. How could that happen? One minute the apostles were normal men, but when they added the twelfth member of the molecule, all of a sudden miracles started happening, just like what had happened when Jesus was on the earth.

So Peter went to speak to them and each one of them heard Peter in their own language. After that miracles started happening regularly.

One of my favorites was when the religious leaders became concerned about Peter. The authorities put him in prison, they chained him by his hands and feet and surrounded him with sixteen guards. The authorities must’ve had the idea that Peter could escape somehow.

The scriptures then tell us that the guards fell asleep and Peter rose up; the chains dropped from his hands and his feet, and he walked through the wall. Peter appeared to his fellow Christians, who were having a meeting and he began talking and teaching them. The religious leaders were really upset that Peter escaped like that.

The hydrogen and oxygen are still there. They still exist as entities. When the molecular relationship is created certain numbers of people with soul contact gather together and the specific numbers produce specific results and will alter the people into something more than human.

It can only be accomplished if it isn’t for personal gain. If a person seeks to create it for personal reasons will fail. It has to be done to serve mankind. Only by serving humanity can true spiritual molecules be created.

Even after they were created, the apostles had a lot of difficult times keeping the harmony. We don’t want to go too much into that because we’ve covered quite a bit of that previously.

One thing I was requested to cover was some new material this time. We have a number of people in the group who are interested in the Alice A. Bailey writings. How many here have read Alice A. Bailey? Raise your hands. How many of you don’t know anything about her? Well you’re going to learn something here then.