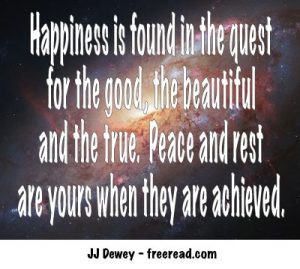 The Question: “When you feel an emotion within you that you are tempted to ignore or suppress what should you do? What if it will offend others by bringing it out in the open? What if it makes you look petty or unenlightened? Should you do it anyway?”

The answer here is yes, find a way to release the negative emotion even at the risk of causing great disturbance.

Second question: “There are three ways to release such emotion. Can you guess what they are?”

Let us suppose that someone makes you so angry that you feel like strangling them. What should you do? Here are three different lines of approach.

(1) You can take physical retribution and actually try and strangle the guy.

Now after you do this you may feel great for about five minutes, but this is not a wise path for as soon as your rage expires you will suffer a lifetime of regret, remorse and possible punishment by the authorities.

(2) You can do nothing, but hold the feeling in and hope it goes away. Whereas you hurt another person with number one you hurt yourself with this approach. This approach redirects the attack away from the offending person to yourself and the negative energy then attacks your own body as well as dams up your healing soul energy. The person with suppressed negativity may wind up suffering much more than the guy who was strangled.

(3) You release the negative energy by communicating the feeling to the offending person.

The answer is that you resort to pure honesty and communicate how you feel. It doesn’t matter if the insult seemed huge or trivial, small or great, intentional or not intentional. The only thing that matters is that you hurt and you need to communicate it so it can be released.

So how do you do this? Quite simply you tell Lynn in a pleasant way that you wish to talk to him and in as harmless manner as possible say something like this.

“Lynn. You may not realize this and you probably did not mean to hurt me, but when you said XYZ you made me feel very angry. In fact I felt so angry and still feel angry to the extent I feel like grabbing you and shaking or even strangling you.”

Now after this communication a strange thing will happen. The negative package of energy that was in you is now released and is sent to the person who caused the offense. When this occurs one of two things will happen.

(1) The offender, Lynn in this case, will feel bad he hurt your feelings and attempt to understand and make things right. If he does this, the light of the soul comes in the relationship and dispels the negative energy forever, no more to return.

If he does lash out at you, you must not return fire no matter how hurtful the words are. If you do the negative energy will return to you. Instead show only love, compassion and understanding. If you do the offender is likely to come to his senses and show love in return which will dissipate the energy. If he is so hardened to resist your love he will then keep the negativity to himself because he inwardly believes he deserves it, but at least you are free.

Do not be deceived into not communicating because the cause of the hurt seems like such a small thing or trivial. Your emotional body is not subject to logic and it matters not if the cause is significant or not. Do not be deceived into thinking that you will not communicate because you may hurt someone’s feelings. If you do not communicate you will hurt yourself and your relationships anyway. Unless there is complete forgiveness on all sides there is going to be some hurt to deal with and there will be no way around it so you might as well start the process of neutralizing it.

A reader maintained that since all souls are one that there is no hierarchical relationship or teacher-student association in the soul realms nor should there be one here among those who are soul connected.

The reader’s argument seems to be that all souls are one and already connected therefore we should not even try to connect with each other in this reality is about as far into illusion as one can descend.

True soul connection is much much more than memorizing the “all souls are one” statement. That is a physical brain activity. As one progresses in the soul he will connect to others who are making the same progression. Those who are in the personality do not make that connection

If you want to believe you are in some other reality and are at one with all and no further progress can be made for yourself that is fine, but please do not try and discourage others from moving ahead in the soul as they see it.

I think that many have an aversion to seeing themselves as polarized as either student or teacher in relationships because they see one in a teaching situation as proclaiming some type of superiority or higher worth and the student as being inferior.

Perhaps this analogy can clarify:

Jack and Ron go hiking along the same trail in the woods, but one begins before the other. They both have cell phones to keep in communication.

Is it likely that Jack, who is a mile ahead of Ron, will call him and brag about his superiority because he is further ahead?

No. That would be ridiculous. Jack is merely on a different place on the path not a superior place.

Does it make sense that Ron would wish to skip over the next mile of trail so he could be even with Jack?

No. He wouldn’t if he could because the reason he came hiking in the first place was so he could experience the beauty and majesty of the wonders of nature along the journey. Ron is not worried about being inferior to Jack, but he does want to see all that Jack saw and more along that mile of space that separates them.

As the two traveled, however, Jack spotted some poison Ivy and called Ron to warn him about it. Now instead of seeing this as an attempt of Jack to show his superiority Ron sees it as an act of service for which he is grateful.

Later Jack calls again and tells Ron to look for some wild blueberries at the next bend. They are delicious and he knows hat Ron will enjoy them.

Again, Ron does not even consider the idea that Jack is demonstrating his superiority, but is merely thankful for the service. In fact he is so thankful that he decides to make a call to Mark who is just beginning the journey to pass along Jack’s tips plus a few of his own. And if the full truth be known Jack himself has been receiving communication from another who is ahead of him.

Thus does the chain of pilgrims proceed upon the Way, veering on and off the Path at will, but eventually all wind up at the appointed destination, all with an equally full and rewarding experience.

It is important to realize that there are two types of leaders that compete for our attention:

(1) Those who desire to be served. These self-deprived souls do not care about the progress or the benefit received by their followers. The follower is only of benefit in so far as the leader’s ego is stroked and his own little will is served and satisfied.

(2) Those who desire to serve. These are like Jack in the example. They pass along helpful knowledge for the sheer pleasure of knowing that are helping another progress joyfully along the path. After all, what fun is such a journey if you cannot share the experience? Sharing brings greater enjoyment to all.

To believe that merely having others serve you will bring the greater happiness is pure illusion.