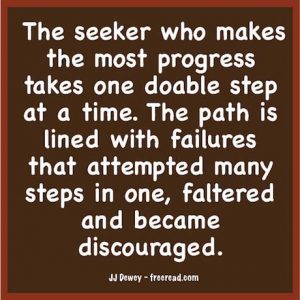 Someone asked why the Ancient of Days had a molecule of seven, a different number than Christ or the Solar Logos.

The number of twelve is only one of many possible combinations producing human molecules. In the atomic world there are thousands of differing molecules.

Each human molecule created with a different structure will have different properties. The governing molecule in Shamballa has seven because it is created to work with the seven energy centers on this planet and for producing other properties that is no concern to us.

We have a Biblical record of a second molecule that Jesus attempted to create:

“After these things the Lord appointed other seventy also, and sent them two and two before his face into every city and place, whither he himself would come.” Luke 10:1

“Then went up Moses, and Aaron, Nadab, and Abihu, and seventy of the elders of Israel: And they saw the God of Israel: and there was under his feet as it were a paved work of a sapphire stone, and as it were the body of heaven in his clearness.”

There are certain molecular properties available with a molecule of seventy that is peculiar to itself and the desired oneness and soul contact was not achieved either in the days of Moses of Jesus for it to manifest in its fullness.

As human molecules are created in this coming age we shall go forth as spiritual chemists and perform many experiments in perfecting the various combinations. Some combinations will be revealed to us and others will be discovered. We will prove Solomon wrong because there will be new things under the Sun.

I would assume that the first molecule will have to be gathered physically to activate it, but all things are possible. My instinct tells me that we could achieve some molecular flow through the internet, but the full activation will be in a physical gathering.

“I would therefore offer myself in support wherever and however best suited in creating working molecules. This could just be holding the light and love and energy required to build this magnificent creation, or perhaps a temporary position working with another might offer itself, since it has been indicated that initially roles and positions may change etc. Is there a way in which I may assist all in this endeavor?”

To produce a unit for the molecule the two should have soul contact and understand and seek the creation of the Molecular Relationship. As far as our work on the internet both do not have to make postings, one can be the voice for the two.

There will be situations where a seeker will have a spouse who is a nice person, but just not interested in this type of thing, but may be jealous of his spouse having a working relationship with the opposite sex. In this case there will be several alternatives. He or she can attach themselves to a molecular unit where the main working relationship will be with the same sex. Or attached as a single person to a triad in the molecule.

“Ok, it seems that I need to ask a specific question to get a specific answer. JJ, what are angels and what is their purpose incarnated? Are they to have a direct hand in progress, or are they cattle-prodders to catalyze others towards evolution and progress? All elaboration much appreciated!!”

There are two types of angels.

First there are angels who are humans who are out of incarnation, but 100% committed to serving God and there are other more advanced angels who have received a degree of immortality who also have passed through the human kingdom.

Such an angel as this appeared to John as is illustrated by his statement that he was ‘of thy brethren.” See Revelations 19:10.

The second general classification of angels are the deva lives which are not from the human kingdom and have a different consciousness and purpose than the human, but all devas will eventually pass through the human phrase.

Devas range from tiny little builders that give form to matter to great and powerful lives that have godly power. Most of them work with the building of form in some way. These lives use symbols rather than regular language for communication and are often contacted and sent on errands through ceremonies and sacraments of the various religions.

Devas are passive lives whereas humans are active. Devas sometimes incarnate into the bird kingdom or as fairies, gnomes, elves and nature spirits which are beyond regular human vision. Alice A. Bailey has written some about this.

We have deva guardian angels as well as sometimes human ones.

“JJ has said that the word and the keys have been attempted to be presented in the past. If so, were there books regarding these keys? If so, what were they? Authors/titles? I’d like to look these up, if possible.”

Nothing from these attempts were published for the general public. We will have access to all necessary knowledge from the past as well as things never before revealed for human consumption.

“I also have a question about people addicted to drugs and alcohol. Is it just possible that, even in these millennium times, that they incarnated at this time for the purpose of experiencing such addictions?”

We seem to hear this philosophy taught quite a bit lately. So and so incarnated just to do a bad thing, to make a mess of his life, to start a war or rape someone. This is false and misleading doctrine and comes from the world of illusion.

A truth that leads some to embrace this idea is this. Before we are born we study the situation that we will be entering and are shown a vision of all the possibilities of that life. If the entity is not that advanced he will see some negative tendencies that he is likely to embrace. There is no way to avoid taking some risks if he wants to progress so he accepts the life assignment, but he does so with the hope that he will avoid some of the likely pitfalls. Then, when the life is over some are satisfied with their performance while others are disappointed in themselves.

When we get married we never do so with the idea that it will fail, but we always realize that the possibility exists and if it does happen we often come out of the painful situation with important lessons learned that we would not trade for anything.

When we come into incarnation we always come down with the idea of making a success of it. Becoming addicted to drugs carries with it too large of a risk (that can carry over into several lifetimes) for one to volunteer for such an experience. Even though we all come here with good intentions most of us fall short of our goals, but the good news is that we do eventually learn our lessons and reach our goals.