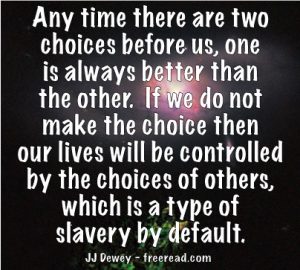 This quote from DK was presented which seems to give the idea that the Hierarchy wants disciples to be neutral:

“The members of the New Group of World Servers belong to no party or religion and yet belong to all parties and religions; they assume no attitude or position either for or against any existing government, religion or social order. They engage in no political activity of any kind, and attack no existing order.

They are neither for nor against a government or a Church, and spend no money, organise no campaign, and send out no literature which could be interpreted as attacking or defending any organisation of a political, religious, social or economic nature.”

Here DK emphasizes that disciples should concentrate on the positive rather than the negative and being constructive rather than attacking. Overall, this is a good thought for students to embrace. Some thought that esoterists on the right went overboard in criticizing the Obama administration, but that was nothing compared to the barrage of attack and hate we see coming from the left directed toward Trump. We indeed need to step back, take a breath, and realize that neither side is all bad, new Hitlers or the antichrist.

On the other hand, like all individual quotes this one must be examined in the context of the whole and in the light of other statements made by DK in this direction.

Some may read that “the New Group of World Servers belong to no party or religion” and figure that anyone who is a member and involved in politics or religion is mislead and not associated with the enlightened. They overlook the next statement which says they “belong to all parties and religions.”

“Look for them in every nation and expressing many lines of thought and points of view. Remember always that in doctrine and dogma, and in techniques and methods, they may differ widely from you, but in love of their fellowmen, in practical goodwill and in devotion to the establishing of right human relations they stand with you.”.

Externalization of the Hierarchy, Page 641

His obvious meaning in the first quote is that the true servers are found most everywhere but their allegiance is always on the side of what is best for humanity rather than the party or movement with which he is involved. This does not mean that they do not give positive support to their various groups as most have good aspects about them.

The rest of the quote may give some the idea that disciples will not take sides or even openly promote one side or be against another. While the server should try to be a positive and not a disruptive influence there are times when he must take a stand with firmness. The Hierarchy itself presents the example for us for DK tells use that whenever possible they avoid taking sides and just let humanity fight out their problems, but when the freedom of the soul is at stake they are very firm in their support and opposition.

Consider this quote from DK:

“When the war broke and the entire world was hurled into the consequent chaos, horror, disaster, death and agony, many spiritually minded people were anxious to stay aloof from the struggle. They were not the majority but a powerful and noisy minority. They regarded any attitude of partisanship as an infringement of the law of brotherhood and were willing to sacrifice the good of the whole of humanity to a sentimental urge to love all men in a manner which necessitated their taking no action or decision of any kind. Instead of “my country right or wrong,” it was “humanity, right or wrong.” When I wrote the pamphlet called The Present World Crisis and the succeeding papers on the world situation, I stated that the Hierarchy endorsed the attitude and aims of the United Nations, fighting for the freedom of the whole of humanity and for the release of the suffering people. This necessarily placed the Hierarchy in the position of not endorsing the Axis position in any way. Many in the goodwill work and some few in the school interpreted this as political in import, presumably believing that a position of complete neutrality, where both good and evil are concerned, was demanded of spiritually inclined people. Such people fail to think clearly and confuse an unwillingness to take sides with brotherly love, forgetting the words of the Christ that “he who is not with me is against me.” Let me repeat what I have oft said before. The Hierarchy and all its members, including myself, love humanity but they will not endorse evil, aggression, cruelty and the imprisoning of the human soul. They stand for liberty, for opportunity for all to move forward along the way of light, for human welfare without discrimination, for kindness and the right of every man to think for himself, to speak and to work. Necessarily they cannot, therefore, endorse the nations or the people in any nation who are against human freedom and happiness. In Their love and Their grasp of circumstance, They know that in a later life or lives the majority of those who are now the enemies of human freedom will themselves be free and tread the Lighted Way. In the meantime, the entire force of the Hierarchy is thrown on the side of the nations struggling to free humanity, and on the side of those in any nation who thus work. If being on the side of goodness and freedom is deemed detrimental to the spiritual issues, then the Hierarchy will work to change the attitude of people as to what is spiritual.

Let me repeat the last statement:

The key principle here is the principle of freedom. Where freedom of the people is at stake then indeed a side must be taken, and the disciple will support those supporting freedom and oppose those against it.

“At the time of the second phase of the World War, which started in 1939, many pacifists and well meaning, though unthinking, people among the students of the Arcane School and the general public, which we could succeed in reaching, took the position that I had written the pamphlets and papers endorsing the United Nations and the need to defeat the Axis Powers, and that the Tibetan was not responsible for the anti-Nazi point of view of these articles. This, again, was not true. The pacifists took the orthodox and idealistic point of view that because God is love it would be impossible for Him to be anti-German or anti-Japanese. Because God is love, He had no alternative, or the Hierarchy either, working under the Christ, to do anything else but stand firmly on the side of those who were seeking to free humanity from slavery, evil, aggression and corruption. The words of the Christ have never been more true, “He that is not with Me is against Me.” The Tibetan in His writings at that time took a firm and unshakable stand, and today (1945) in view of the unspeakable atrocities, cruelties and enslavement policies of the Axis nations, His position has been justified.

DK also took a side against the suppression of freedom of the Soviet Union:

“The concept of unanimity which has been presented by Soviet Russia runs completely counter to the truth. Their idea is that the concept, the idea, the decision and the interpretation of a group of powerful men establishes the truth, and to this truth the docile masses render prompt allegiance. This is a basic misconception and to it no member of the New Group of World Servers will render homage; they will fight this imprisonment of the human soul to the last gasp.”

Overall, the New Group of World Servers has a great destiny. DK adds this:

“goodwill is the “saving force” and an expression of the will-to-good which animates the New Group of World Servers.”

“The important aspect, at this time, of the basic oneness underlying all forms, and which the workers of today must immediately emphasise, is the fact of the kingdom of God, of the planetary Hierarchy. The citizens of that kingdom and the members of that Hierarchy are gathered out of every nation, every political party, every social group, every religious cult or sect, and every organisation—no matter what their expressed objectives—and the universality of the field from which these people emerge, demonstrates their underlying unity. When this unity assumes adequate proportions in the eyes of mankind, a real synthesis will follow.”