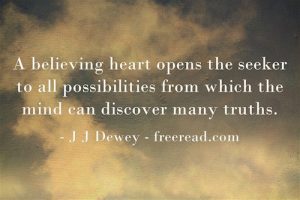 Question: Was the angel who appeared to Christ in the garden connected to an ashram?

JJ: It was the Christ who was linked to the angel through the Molecular Order and then Jesus to the Christ. Jesus became associated with the molecular order in that particular lifetime. To simplify I often use the name Jesus when referring to the one mission of the two entities.

There are various grades of ashrams. Some are molecular and some are not. The Christ at that time was a member of one that was molecular. His ashram at that time was of a different constitution than it is today, but the principle that governs it remains the same.

Question: Are you able to elaborate on this? What determines whether an ashram is molecular?

JJ: At this point the only ashrams that are molecular are those occupied by the Masters and higher. Those composed of inhabitants of the fourth kingdom are not, even though they may be initiated by a molecular member. The extension of the Molecular Order to the human kingdom will be a means of linking heaven and earth and assist in the externalization of the Hierarchy.

Question: And in that case, I guess you are saying that the number of beings in some ashrams can only be 24 (12 pairs)? (I assume that would have to be a sub-ashram with a particular function because the number’s just don’t stack up otherwise?)

JJ: Just as atomic molecules come in different numbers so can human molecules. Jesus and the Christ established one with twelve units and the plan is to duplicate this.

Eventually we will have spiritual scientists dedicated to the study of various human molecular arrangements and tabulate the characteristics created just as scientists now study atomic molecules. This may be some distance in the future, however.

Question: How are some angels in a molecule and others aren’t?

JJ: Some angels are disembodied spirits and most of these are servants of humanity not yet linked. Others are of the deva kingdom with their own particular order of a different type. Those angels who are masters and higher are molecular – such as Gabriel who appeared to Mary

Question: Does being a member of a molecule denote that a certain degree of evolution has been achieved?

JJ: Right now the molecular order exists in the fifth kingdom and higher so technically one could say it was something to be achieved in the past because the status of a Master is something that must be achieved through great effort. However, in the future this order will be extended to the human kingdom where many who are not masters will participate. The main thing to be achieved for future human participants is solid soul contact and the ability to merge with a group with the good of the group in mind over the benefit of self.

An imperfect example would be the difference in a human when he enters his car. His consciousness has not changed that much but his power to move is increased.

A molecular member is linked up to a Hierarchical order and will sense an increase in spiritual power. How he uses this will differ according to his intelligence and point in evolution.

Question: Could you clarify the relationship of Jesus and the Christ to the Molecule?

JJ: Jesus was the link between the molecule of masters and the molecule which was created in the human kingdom. He received his greater spiritual powers from the molecule of the Christ and this was the one he was technically attached to. He was the female partner (as far as energy is concerned) to the Christ. If he had decided to become one of the twelve apostles then the invisible Christ would have been the thirteenth, or the point within the circle.

Because Jesus was the visible thirteenth person this established the basis for the strong authority that ruled the church during the Piscean age.

In the new age there will be no visible thirteenth person thus focusing attention on the invisible God that works within.

Christ and the masters are involved in some degree with numerous ashrams composed of mortals, or non masters. One has to become molecular to be a master and work with the Hierarchy

Question: Could you elaborate on the different functions of various molecules?

JJ: One important function of the first ones will to bring heaven and earth together, or the fifth and fourth kingdoms so there will be greater interplay.

Another function will be to set a governing example that will eventually be emulated by all the governments of the earth.

The power to receive higher impression will be enhanced.

There are many other qualities and functions of the molecules that are unknown to disciples and we will just have to take them in and put them to use as they are manifest.

Molecules composed of different numbers will have different qualities. The only one I have written much about is the model presented by Jesus composed of twelve units.

Groups of molecules will eventually create a higher correspondence to a cell which will have higher qualities still.

More knowledge will be given to us as needed, but for now I have given out enough to stimulate the imagination of seekers.

Question: So are you saying here that when you talk about molecules, you are not necessarily confining yourself to molecules of 12 pairs? Thus an ashramic molecule can be any size molecule.

JJ: There are different molecular combinations available but not any number will work. Just like carbon and oxygen atoms combing in certain angles and numbers can create a variety of molecules, but most combinations just do not work – even so with humans. Certain numbers and associations work, but the majority do not. In addition there must be a molecular link to the fifth kingdom for the bonding energy to flow.

Before the time of Christ a human could only join a molecule by becoming a Master. But in the future when molecules are established among humanity one will not have to make such a great achievement to participate in the order.

JJ: Correct. A certain degree of soul and/or group consciousness will be necessary for each member in order to create a working molecule. There are such people out there, but gathering twenty four of the first ones together requires a Herculean effort.

“In the wise use of knowledge comes increased capacity to receive the hidden wisdom.” DK, Initiation Human and Solar, Page 6