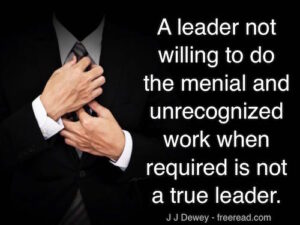 I received several comments and questions on my post on service.

Question: What about people with multiple talents? How best can they serve when opportunities to use all these talents are not always available?

JJ It is indeed a source of frustration for seekers and potential teachers that they feel they have much to share, and instead of sharing they have to work at menial jobs to eke out a living. Then they come home too tired to read or think.

I have indeed been there. I have done hard physical labor where I have worked 14 hours a day and came home without the energy to do anything spiritual. I have been in that place where I wondered if my whole life would just be consumed with struggling to pay bills with no time or energy left over for the spiritual pursuit that I have always loved.

They key principle to remember is expressed in the words of Jesus.

“He who endures to the end will be saved.”

“He who endures to the consummation of a goal will be delivered.”

Whatever the goal frees you from, and for many that is menial work and drudgery.

If you want to be free from undesirable work and want to use your talents then make a decision and work to the consummation of that decision. If you do not give up you will be delivered and move on to greater work with greater power to serve.

The business I work at now (mainly making signs) is much more pleasant than a lot of the hard labor I have done in the past, but it is still hard work and I have to put in many hours to pay the bills. I decided I can’t wait until I am free from my regular job to do the spiritual work and pressed myself to do with less sleep and make better use of my time in order to serve in other ways.

There is always a way to make use of your talents. Sometimes it takes a sacrifice to do it.

Reader Comment: I think where I take exception with your description is the terms like “lowly” and “menial”. Even in a luxury hotel, if the toilets are backed up, the plumber is suddenly the most important man on the scene.

JJ: Plumbing is not a menial job but a skilled one. Menial means “unskilled.” A true menial job would be sweeping the floor and this never becomes a matter of life and death. If the janitor does not show up the manager could do this job if it must be done.

Comment: Christ would not see any task as lowly or menial,

JJ: What makes you think so? Are you saying that Christ is in so much illusion that he cannot recognize a menial or unskilled job when he sees one? If a job requires little skill, then to call it other than menial would be a falsehood.

Comment: …and if he needed to step in and help dry the dishes, he would do so joyfully and gladly.

JJ: Any true servant will step in and do that which is necessary, but not necessarily with joyfulness though he   would make the best of it. Jesus stepped in and did the unskilled job of cleaning out the temple because no one else would and he wasn’t happy about doing it. What makes you think he would clean dishes with a smile on his face if he has to do a job that someone else should have done? I’ve never met a person in my life that would do such a thing and be happy doing it, and I doubt if you or Chris would. It’s fine theory to say that Jesus would be happy taking care of someone else’s slothfulness but in real life it doesn’t play out that way, even if Jesus were doing it.

Comment: And especially so, if it gave him an opportunity to reach somebody on their own level.

JJ: I’ve done lots of menial jobs in my life and they didn’t give me much opportunity to reach or teach anyone though I made the best of the situation. Though reaching out to others in a job is always possible menial work is not the best place to do it. There is much greater opportunity for those in a position of authority.

JJ: Let me point out again that menial means “unskilled.” Are you saying we should fraudulently call an unskilled job skilled just to make someone feel good? I’ve had people do that with me before when I was doing menial work and I found it irritating and condescending.

Now I’m not talking from the viewpoint of someone who hasn’t done his share of menial and lowly work. Just to name one – I worked for about six years picking fruit and other orchard work, often with Hispanic folk. This was menial, unskilled lowly work that anyone could do and it doesn’t hurt my feelings to have anyone call it what it is. I did not need some politically correct person to come along, pat me on that back and tell me how special I was for picking fruit.

It was hard work; I did not enjoy it then and would not enjoy it now. I did it because I needed the money and that was the only reason. I have never done menial work to put a smile on my face, but did it to either survive financially or because it just needed to get done. I’ve known hundreds of fruit pickers in my life and all of them think the same way as I do about it. They are all thrilled when the work day is done and they can quit. None of them think their work is glorious, but they do it because of the necessity.

To say that all service has the same value is to disconnect from reality. Is the value of the sun giving life to the solar system of the same value as a single bee pollinating a flower? If both the bee and the sun were to disappear would there be an equal effect? I think not. We can live without a single bee, but not without the sun.

Comment: But, Christ also DESCENDED BELOW ALL THINGS, that he might overcome all things. How menial is that?

JJ: That is not unskilled or menial at all. He was the only one who could do it at the time.

Comment: And, when he asked his trusted apostles to watch with him, they were willing, but unable to help. So he did the lowliest, most rotten, most distasteful job ALONE. There was nobody else who even understood or appreciated what he did. No gold watches, no accoladed, no attaboys.

JJ: You’re making my point. This was a very skilled service of which only Christ was capable. Aren’t you glad he did this skilled work instead of washing dishes??? By the way, he wasn’t happy doing this job either, but it needed done.

Comment: One who takes joy in service would take joy in being given opportunities to provide greater service. That would be his “reward” that which would give him greater happiness.

JJ: Taking joy in your service isn’t what provides greater opportunity, but being a “good and faithful servant” and getting the job done does. If one is willing to do what needs done, even though the work is not fun, then sooner or later he can move into the fun work.

Personally, I do more fun work all the time, but the happiness comes not from a single job, but from the progression from one area of service to a greater one. If one sees all service as the same then he can see no progression and will not be happy with his life. Maybe this is one reason I am happy with my myself. I can see the differences in the values of various types of service as I move from one to another.

Hell to me would be to be stuck in one kingdom, even if it called the celestial, and being stuck in one menial job or rut for eternity.

Money is good for bribing yourself through the inconveniences of life. Gottfried Reinhardt